A: Songs that appear on this website began to chart on Red Robinson’s Teen Canteen chart on September 14, 1956. The calculations for chart performance conclude with songs listed on CKLG’s chart of July 26, 1993. Red Robinson began his Theme for Teens show on CJOR on November 12, 1954, in the Grosvenor Hotel. However, the record surveys from November 1954 through to early September 1956 are not available.

Q: Are there any songs on this Countdown that made the year-end Top 100 songs lists on Billboard?

A: Only a couple of songs on this Countdown also appeared on any Top 100 songs of the year lists published in Billboard magazine. In those cases, they just barely made the Top 100 for the year. A song like “I’ve Been Lonely Too Long,” by the Young Rascals would have made the Countdown since it peaked at #2 in Vancouver and only #16 on the weekly Billboard charts in 1967. However, “I’ve Been Lonely Too Long,” had a lengthly chart run and ended up being the #54 song for the year of 1967. This disqualified it from making the Countdown list on this website.

Q: What do the numbers mean on the Countdown?

Q: There were several albums played on the AM stations that were charted on the singles charts in Vancouver. Do these appear on your list?

A: No, this list only includes 45 RPM records and a few EP records. Two of Elvis Presley’s albums that were on the singles chart, Blue Hawaii and Something For Everybody. But they do not appear on this list.

Q: Are there any songs on this list that made the Top 5 on the Billboard Hot 100?

A: No. There are a couple of songs on this countdown that peaked at #1 in Vancouver and as high as #9 on the Billboard Hot 100.

Q: Are there any songs on this list that made the year end Top 100 singles lists on Billboard?

A: There are just a few and these are songs that were at or near the bottom of that Top 100 singles list. If they made it also on this list it was due to their chart performance on Vancouver record surveys and the gap between a songs chart performance on the Billboard Hot 100.

Q: Did any of these songs perform well on the Mainstream Rock, Hot Country Songs, Adult Contemporary, R&B, Holiday or other charts?

A: Yes, some of the songs on this list did well on these other Billboard charts. But this list is only comparing the chart performance on CKWX, CFUN, CKVN, CKLG or Red Robinson Teen Canteen charts with the Billboard Hot 100.

A: Double-sided hits are listed as one single 45 RPM, the way they were typically listed on the singles charts. Any information about a difference in the performance of the A-side of the single to the B-side of the single is discussed in specific blogs when a song is reviewed.

Q: When a 45 RPM single is a double-sided hit, do you always include both sides on this list?

A: Only if both sides that charted here had a substantially superior performance to the Billboard Hot 100. For example “Wild One” by Bobby Rydell peaked at #1 in Vancouver and #2 on the Hot 100. The B-side was “Little Bitty Girl”. In Vancouver it peaked at #1, but only #19 on the Hot 100. As a result only “Little Bitty Girl” appears on the list on this website’s countdown, “Wild One” does not. Attention is given on this list to songs appearing on the local Vancouver AM radio record charts that significantly outperformed their chart run in the USA.

A: This is the exception, where, for example, “Fortune Teller” charted and subsequently “Johnny Take Your Time” had a separate chart run. There are several 45 RPM’s where A-sides and B-sides had distinct chart runs. In such cases, the 45 RPM’s performance on the charts includes the total number of weeks the disc was featured on the chart.

Q: What about 45 RPM’s that appear on the chart and then reappear later the same year or subsequent years?

A: There are a few singles that reappeared on the local pop charts. When calculating these singles point totals for inclusion in this Countdown, the total number of weeks they appear and reappear on the chart are included.

A: Almost all the songs appearing on this list will have a YouTube link provided. In some cases, due to copyright, the record company (or the artist) does not allow a YouTube of a particular song to appear on the Internet. And in a few cases there is no YouTube as of the time of posting a blog about a specific song. But others are available on iTunes when they cannot be found on YouTube. If the song is not on YouTube or available on iTunes and I’ve never heard it played, I don’t review the song on this website.

Q: Are there any recording artists who have more then one song on your list?

A: Yes. There are numerous recording artists who have more then one song on this list. Click this link to view the Artists Alphabetically.

Q: How low was the peak position of any of the songs on this 1130 Top Hits list on local record surveys issued by any of the radio stations here in Vancouver?

A: The lowest peak position of any song on this Countdown was #20. The focus of this list was restricted to songs that climbed into the Top 20 of the local record surveys in Vancouver.

A: There are just a couple of songs that were so obscure that I couldn’t find them on Youtube or iTunes. I’d never heard the song, or didn’t remember it. So for a few songs in this category up for consideration, I decided I would have little to say about a song I’d never heard and didn’t know either the lyrics or the tune.

Q: How about songs like “Louie Louie” by The Kingsmen from Portland, Oregon?

A: There are a lot of songs that are played on oldies stations here in Vancouver and across Canada that give the impression they were big hits in Vancouver. “Louie Louie” is an example where play listed songs in the years that follow don’t necessarily reflect how well a song did locally. “Louie Louie” peaked at #2 on the Billboard Hot 100, while it peaked at #29 in Vancouver.  There are also songs that didn’t even have a chart run in Vancouver that are now part of the roster of songs played on oldies stations in town. An example of this is “Lay Lady Lay” by Bob Dylan that peaked at #7 on the Billboard Hot 100 but didn’t chart in Vancouver.

Q: How about songs like “Reason to Believe”/”Maggie May” by Rod Stewart, or “Stayin’ Alive” by the Bee Gees? Do these songs appear on this Countdown?

Q: Are there any trends in the number of songs that charted better in Vancouver compared to the Billboard Hot 100 by decade?

A: No. This is not a greatest hits list of songs from 1956 to 1993. There are some great songs listed here. While music critics would understandably be underwhelmed by quite a few of the songs on this list. However, the songs listed here provide a summary of the charted songs here in Vancouver that outperformed any chart run they had on the Billboard Hot 100. Over half of the songs being reviewed on this website didn’t chart on the Billboard Hot 100.

Q: Are there songs that were on the Vancouver record surveys that were not available for purchase? Are they on this countdown?

A: There were several charted songs on the playlist that were not available for sale. These were novelty records by Red Robinson & Bruno Cimolai called “The Disc Jockey” from 1956, and “The Corruptibles” by CFUN’s 1961 Deejays known as “The Good Guys.” As neither song was available for sale they are not included on this countdown.

Q: What methodology is used for ranking the songs on this Countdown?

A: For each week a song charted on a local radio station between September 14, 1956 and June 27, 1993, there was a point total assigned to the song based on its position on a weekly chart. The point system is based on the template Brian Tarling created and shared with me when he did his research to author Vancouver’s Charted Songs ’56 to ’78. In addition there was a variation on the length of weekly surveys published listed on different radio stations over the years. CKWX had a “Sensational Sixty” and then a “Fabulous Forty.” CFUN had a “FUNTASTIC FIFTY”, a “HI-FI FORTY”. CFUN switched from their “FUNTASTIC FIFTY to “THE FUN FORTY” on August 12, 1967.

CKLG had a Top 40 called the “Silver Dollar Survey” and then the “Boss 40.” On March 25, 1967, CKLG published a Top 30 record survey called the “Boss 30.” Where there were once songs that could appear on a Top 60, Top 50 or Top 40 list, there were now successive years from late March 1967 through most of the 1970s where there was only a Top 30 chart. At times in the 1980s CKLG listed only a Top 20. To accommodate the shrinkage of charted song lists for songs after March 18, 1967, I have given points to records that appeared on the various Hitbound lists in the week prior to charting on the a Top 30 or Top 20 record survey. These have been added to the point totals given to charted songs to determine their rank in this 1130 Top Hits list. The lowest ranking song based on points from its chart run is ranked at #1130 on this list. The highest ranking song based on its points from its chart run is ranked at #1 on this list.

Q: What are some of the song titles below the Countdown that you are not reviewing?

A: Although I am creating an online archive of many of the songs that made the Top 20 on the pop charts in Vancouver between September 1956 and June 1993 that greatly outperformed their chart run on the Billboard Hot 100, the list is not exhaustive. I’m only reviewing approximately 1,320 songs, plus some LP cuts that were also listed on the singles charts in Vancouver.

Here are some of the song titles that missed the cut for this countdown, for those who are curious. 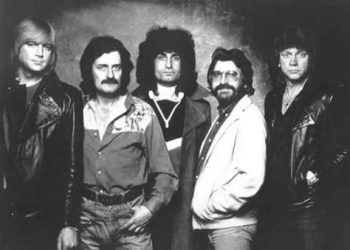 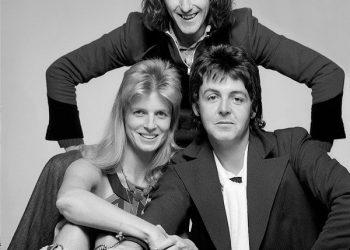