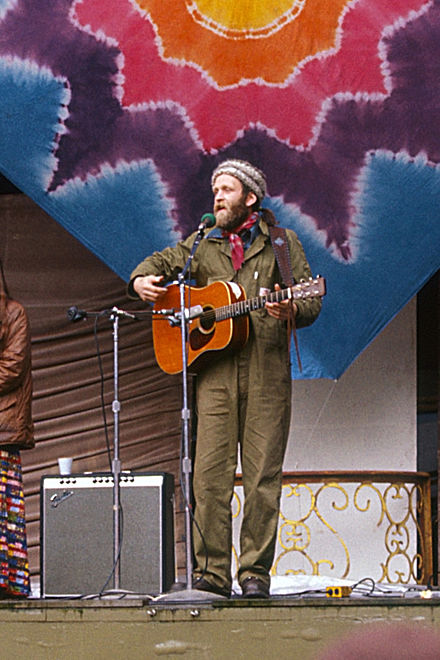 Valdy has sold almost half a million copies of his 15 albums, and is remembered for “Rock and Roll Song.” That song narrates his bitter-sweet memory of trying to play laid-back folk songs in the face of an increasingly rambunctious audience at the Aldergrove Rock Festival in the late 60’s. Valdy is the winner of two Juno Awards for Folk Singer of the Year and Folk Entertainer of the Year, and has received seven additional Juno nominations. Of Canadian folk artists in the mid-1970s, only Gordon Lightfoot was more popular.

“A Good Song” was Valdy’s second single from his debut 1972 album Country Man, after his first single, “Rock and Roll Song”. The lyrics offer parameters concerning who he understands himself not to be on a variety of continuums. Importantly, he is sings his song to clarify who he is in relationship to someone else he knows. “A Good Song” offers the potential for a more intimate connection. “A Good Song” spent six weeks on the CKLG chart peaking for three weeks at #15. It peaked at #19 in CHUM AM in Toronto, but didn’t chart in the USA.

His live albums include Family Gathering (A&M) recorded at Massey Hall in Toronto for 1974 release, and 2003’s Viva Valdy: Live at Last (Rack-On-Tour). In 1986, Valdy made a special guest appearance as himself in the popular 1980’s Canadian children’s television show, Today’s Special (episode entitled: “trash”). Valdy continues to regularly tour across Canada.

On November 21, 2005, Valdy was awarded the National Achievement Award by SOCAN at the 2005 SOCAN Awards in Toronto. He was appointed a member of the Order of Canada in June 2011.