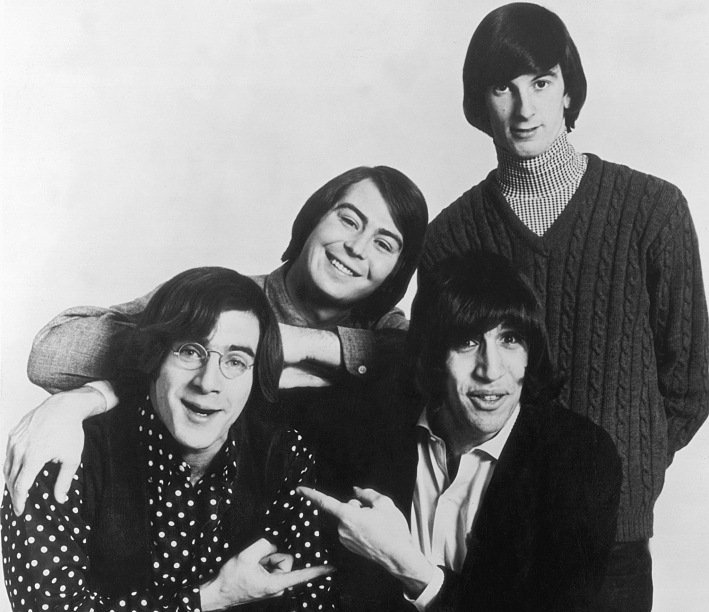 Bass player Steve Boone (born on Long Island) and drummer Joe Butler (born on Long Island in 1941) had been playing in a band called The Kingsmen based on Long Island in the early 1960’s. By 1964 their band (not to be confused with the Kingsmen from Washington State who had a hit with “Louie Louie”) were one of the top rock and roll bands on Long Island. Their live sets included folk songs put to a rock beat, pop standards and some new hits showcasing the British Invasion. Steve’s brother, Skip Boone, and several three other bandmates filled out the group. In 1964 Joe and Skip chose to relocate to Manhattan. They focused on writing original material and blending a rock bass and drums with their jug band sound. Three other bandmates chose not to move, except Steve Boone, who joined Joe and Skip in New York City’s Greenwich Village, the nexus of the folk music scene.

The formation of both The Lovin’ Spoonful and The Mamas and The Papas is narrated in the song “Creeque Alley“, a Top Ten hit for The Mamas And The Papas in 1967. Bob Cavallo became the Lovin’ Spoonful’s manager, and Sellouts record producer, Erik Jacobsen, worked with them in the studio. By June ’65 they released “Do You Believe In Magic”. It was the first of seven single releases to each climb into the top 10 on the Billboard Hot 100. The band toured almost non stop. They also were openers for  The Supremes which gave them even wider exposure.

After their first debut Top Ten hit single, the Lovin’ Spoonful kept the hits coming in the winter of 1965-66 with “You Didn’t Have To Be So Nice”, “Did You Ever Have To Make Up Your Mind” and “Daydream”. In the spring of 1966 the band released “Didn’t Want To Have To Do It.” “Didn’t Want To Have To Do It” was first recorded in 1965 by the Lovin’ Spoonful with Cass Elliott on vocals. The song is about someone who has been in a relationship that seems fated to die. Although the narrator of the song recalls that once they “thought our love could fly and never, never fall,” that perception has faded. Now they wonder why I suppose we were never really meant to be close to each other at all? All that’s left to do is to gather up the courage to tell the person they’re dating that it’s over, that this is “the end.”

There are few phrases in that that are more disquieting for the person you are in a relationship with you to say than “we have to talk.” The phrase almost always signals that the conversation about to take place is going to be rocky at best. Some bottom line has likely been crossed and the relationship is likely “in trouble.” Instinctively, upon hearing our partner say “we have to talk,” we may fear other phrases such as “it’s not you, it’s me,” “let’s stay friends” and “let’s keep in touch” are not far behind. When a conversation starts by a partner about the need to end a relationship, both the person being dumped and the person who is dumping the other can both feel like they are suffering a loss.

Sometimes people do grow apart and if it seems to you that the distance between who you’ve become and who your partner has become is no longer one that can be bridged, you need to bite the bullet and do the deed with a minimum of drama. One thing you need to get clear about is you can’t avoid upsetting the person you’ve been in a relationship with. In a 2015 UK Daily Mail article titled The Physical pain of breaking up: From Chest Pain to Drug-like Withdrawal Symptoms, we Reveal the Real Effects of Heartache, scientific research suggests 1) Emotional pain activates the same pathways in the brain as physical pain, so rejection really does hurt and people often feel a pain in their chest, 2) Studies show withdrawal symptoms for an ex are like cravings for cocaine, 3) During a break up, stress hormones cortisol and adrenaline are released, 4) These have damaging affects on the body, from the skin to the muscles, and 5) The lovesick also may switch healthy behaviours for more unhealthy ones.

Given the emotional and physical fallout from a break-up, you can keep the pain of letting your partner know “it’s over” to a minimum by giving them the respect they deserve. If you’ve been dating for longer than a few weeks you owe them a face-to-face conversation giving them the bad news. Don’t do this on the phone. Don’t do this via e-mail. And don’t do this by sending a text. A daughter of a friend of mine had a dorm mate at university whose boyfriend broke up with her with this text message: “U R Dumped.” Hardly a class act. Breaking up with someone remotely isn’t about their comfort, it’s about yours.

When you tell your partner it’s over, do as little damage as possible. Don’t throw everything but the kitchen sink at them. Let them know what is essential about what didn’t work for you, but spare them all the details. This is going to be emotionally “heavy” for them to hear. If you ply them with a two hour lecture, they’ll have all that monologue to process and it could take a long time for them to “get over” the way you told them “it’s over.” Be aware of your tone of voice. Decide what you need to say ahead of time. Put yourself in the shoes of the person receiving your “message.” Pay attention to their emotional, verbal and non-verbal responses. Be aware of how you are feeling. Try to breath and stay in the present moment of this difficult conversation. If it is true that you cared for them and feel they have value as a person, let them know that. Let them know something about what you appreciate about them too ~ if they are open to hearing that. If they don’t want to know what you appreciated about them, honor that too. Sometimes once we’ve been told in not so many words that we don’t have the right stuff and we’re being dumped, we don’t want to hear anything more.

“Didn’t Want To Have To Do It” was a B-side in the USA for “Did You Ever Have To Make Up Your Mind”. But it was released as an A-side single in Canada. The non-charting B-side in the USA climbed up to #6 in Vancouver. It climbed into the Top 20 in Nanaimo (BC). “Didn’t Want To Have To Do It” got only airplay in a few radio markets in the USA, chiefly in San Antonio (TX) and Burbank (CA).

After “Didn’t Want To Have To Do It,” the Lovin’ Spoonful had an international #1 hit called “Summer In The City,” co-written by Steve Boone and  This was the only #1 hit in the USA. In Vancouver the band charted two more songs to #1 with “Rain On The Roof” and “Darling Be Home Soon“.

Joe Butler provided lead vocals on “Nashville Cats”, a song that climbed to #3 in Vancouver in January, 1967. Zal Yanovsky left the Spoonful after the soundtrack album You’re a Big Boy Now to the Francis Ford Coppola film was released in May 1967. Yanovsky’s departure was mostly the result of a drug bust in San Francisco where he was arrested for possession of pot and pressured by police to name his supplier. He was a Canadian citizen and feared that he would be barred from re-entering the U.S., so he complied. The news story led to a campaign to boycott Lovin’ Spoonful concerts as the band was seen by conservative politicians as degenerate. Zal went on to open a restaurant in downtown Kingston, Ontario, in 1979 called Chez Piggy, currently run by his daughter. Yanovsky’s replacement was Jerry Yester, formerly of the New Christy Minstrels of “Green Green” fame. Yester’s brother, Jim, was in a band called The Association who had a series of hits including “Cherish” and “Windy”.

The Lovin’ Spoonful next released “Six O’ Clock” and then “She’s Still A Mystery“.

In the beginning of 1968 John Sebastian left the band to pursue a solo career. He performed at Woodstock in 1969 and had a #1 hit in the mid-70’s called “Welcome Back”. He also became a session musician on a variety of tracks including “If You Could Read My Mind” by Gordon Lightfoot, “Deja Vu” by Crosby, Stills, Nash and Young and “Roadhouse Blues” for The Doors. Sebastian has also contributed to soundtracks for a number of children’s TV shows and films including The Care Bears. In 1993, Sebastian authored a children’s book, JB’s Harmonica, about a young bear whose musical aspirations are overshadowed by the talents of his famous musician father. John Sebastian has declined offers to join the reformed Lovin’ Spoonful on tour over the past 26 years.

This left Butler, Yester and Boone to carry on with session musicians to round out further recordings including their #2 Vancouver hit, “Never Going Back” in the summer of 1968. From 1965 to 1969 the Lovin’ Spoonful released seven studio albums and charted ten Top 40 singles onto the Billboard Hot 100. In Vancouver the band charted 16 songs into the Top 20, 12 of these into the Top Five.

After the band broke up in 1969, Joe Butler initially got a role in the Broadway production of Hair. He continues to play with the band since it’s reformation in the early 90’s and is the lead singer. Jerry Yester went on to be a producer arranger for The Turtles, Pat Boone, Tom Waits and Zal Yanovsky’s solo album in 1973. Yester continues to produce and arrange records for recording artists and performs occasionally as a solo artist, as well as with the Loving Spoonful.

Zal Yanovsky was inducted into the Canadian Music Hall of Fame in 1996.

Since 1991 the Lovin’ Spoonful has re-formed and often been on tour with Joe Butler, Jerry Yester and Steve Boone the core of the live band. According to their official website as of August 2017, the band has a series of concert dates through to January 2018, including a Where The Action Is Cruise out of Fort Lauderdale beginning January 20, 2018. Meanwhile, John Sebastian continues to tour as a solo act and has scheduled concerts into May 2018.