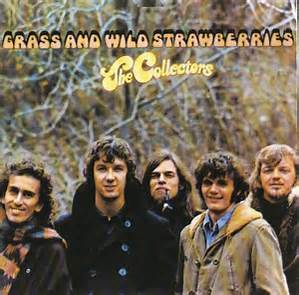 #1243: Early Morning by The Collectors

The Classics were a Vancouver group led by Howie Vickers in the mid-60s who were part of the regular line-up on Let’s Go, a show on CBC TV. Though the Classics released several singles the group needed room to grow and reformed as The Collectors. They would become one of the most innovative of Vancouver’s recording acts through the rest 60s. In the spring of 1967, Vickers was asked to put together a house band at the Torch Cabaret in Vancouver. Along with Claire Lawrence on horns, they recruited guitarist Terry Frewer, drummer Ross Turney and Brian Newcombe on bass. Within a couple of months, fellow Classics member Glenn Miller replaced Newcombe on bass and Bill Henderson, a student at UBC, replaced Frewer on guitars. With Vickers now handling vocals, their sound changed from doing covers of R&B tunes to psychedelic rock. This led them to gigs along the Canadian and US west coast. Their best reception south of the 49th parallel was in California. There audiences welcomed their complex arrangements mixed with harmonies and extended solos and musical ad-libs.

They signed with Tom Northcott and New Syndrome Records. Simultaneously, the band remained under contract to The Classics’ Valiant Records. The groups new name actually was determined by a choice the executives at Valiant Records. They gave the bandmates the choice of calling themselves either The Collectors or The Connection. They released several singles and then got a local hit in Vancouver called “Looking At A Baby” which peaked at #8 in Vancouver in April 1967. Their Top 10 hit in the summer of ’68, “Lydia Purple“, followed. They continued to have local success and in 1969 their second album, Grass and Wild Strawberries was released with the single “Early Morning”. This was a driving psychedelic rock tune. It evokes an almost mythical father-son relationship as a framework for the context of any new relationships where one takes someone by the hand and journeys into this world. In the early morning when the day is yours and mine,
take my hand and sound the warning for loving living must be fine.
My father kissed me gently at the parting hour of three,
and I gave him beads and flowers and a kiss he gave to me.

Oh a kiss he gave to me for his eyes were of a stranger,
a man beyond the desert of a silent burst of danger.
And on this highway through tomorrow looking back the way it’s been,
give me back my life to freedom was all I asked of him.

And on this highway through tomorrow looking back the way it’s been,
give me back my life to freedom was all I asked of him.

In the early morning when the day is yours and mine,
take my hand and sound the warning for loving living must be fine.
My father kissed me gently, there is no forgetting this,
he shall keep my beads and flowers and I’m branded with his kiss.

For a kiss he gave to me but his eyes were of a stranger,
a man beyond the desert of a silent burst of danger.
And on this highway through tomorrow looking back the way it’s been,
give me back my life to freedom was all I asked of him.

A number of images and possible meanings emerge with lyrics to this psychedelic rock song like this? They include:
1) The early morning offers promise, a day that is ours that we can share with someone else who is ready to take our hand.
2) “Loving living must be fine:” our time on earth is short. We have to seize the day and make the most of what we can. There are no guarantees that our lives will be loved, or the choices made offer a horizon that manifests in “loving living.” Other possibilities for living ones life could, for example, include stress, suffering and anxiety.
3) The relationship between the father and son sets the son on a quest.
4) “My father kissed me gently at the parting hour of three:” The father-son relationship is affectionate. The song is set in the early morning and the father is up 3 AM. Is he a night owl who is coming home late, or up before the crack of dawn and ready to greet the day? (If the former, is the father an inhabitant of the night and the son an inhabitant of the early morning).
5) The son gives his dad beads and flowers. Beads and flowers were emblems of the countercultural hippie movement, especially identified along the west coast from Los Angeles to Vancouver, Canada, in the 60s into the early 70s. Allen Ginsberg had coined the phrase “flower power” in 1965 as an anti-war emblem.
6) Another aspect of the father is that his “eyes are of a stranger.” The father may be haunted by his life experience that is metaphorically summed up as being of “a man beyond the desert of a silent burst of danger.” The silent burst of danger could be internal or external. It could be a reference to a formative experience, like war, which could continue to live with the father long after hostilities ceased.
7) From the vantage place of the “highway of tomorrow,” the son asks just one thing of his father: “give me back my life to freedom.” Does the son sense that what the adult world offers is simply captivity to societal norms devoid of real freedom?
8) What the son has to offer to his father are beads and flowers. So the son is identified with the counterculture. Therefore the son is more likely to be adverse to the trappings of a nine to five life, consumerism, buying a home and all that represents a conventional lifestyle.
9) The roads (highways) have involved a journey absent of children. For the father this may infer he is not at home very much and mostly on the road. For the son this may be a simply statement that his life lived so far has not involved generatively.
10) The cities are made of fear and broken glass (symbols of violence, vandalism, accidents?)
11) We can choose to trade fear and broken glass for dandelions (flowers).
12) People are living in a continuum between sunshine on their shoulders and mental pressures.
13) The son isn’t going to get his beads and flowers back. The father is going to keep these.
14) The fathers’ kiss brands the son (child), and the son will come to know what the father has learned.
15) By taking the highway to tomorrow the son may, like his father, become a man beyond the desert of a silent burst of danger.
16) Who you think the singer (son) is taking the hand of effects the meaning of the song and where the highway of tomorrow might lead.

The song climbed to #15 in Vancouver after one week Hitbound and six weeks on the CKLG Boss 30. It climbed to #16 in Victoria and was on the Top 30 in Pointe Claire, Quebec. It was not a hit in the USA. In 1969 the Collectors played at the Montreal Forum with the Byrds, Grand Funk Railroad, the Amboy Dukes and other bands. Soon Howie Vickers left the group, though they released “Sometimes We’re Up” in the spring of 1970. The reformed band named themselves Chilliwack, a group appearing numerous times on this countdown, including with song #1120 “Baby Blue“.