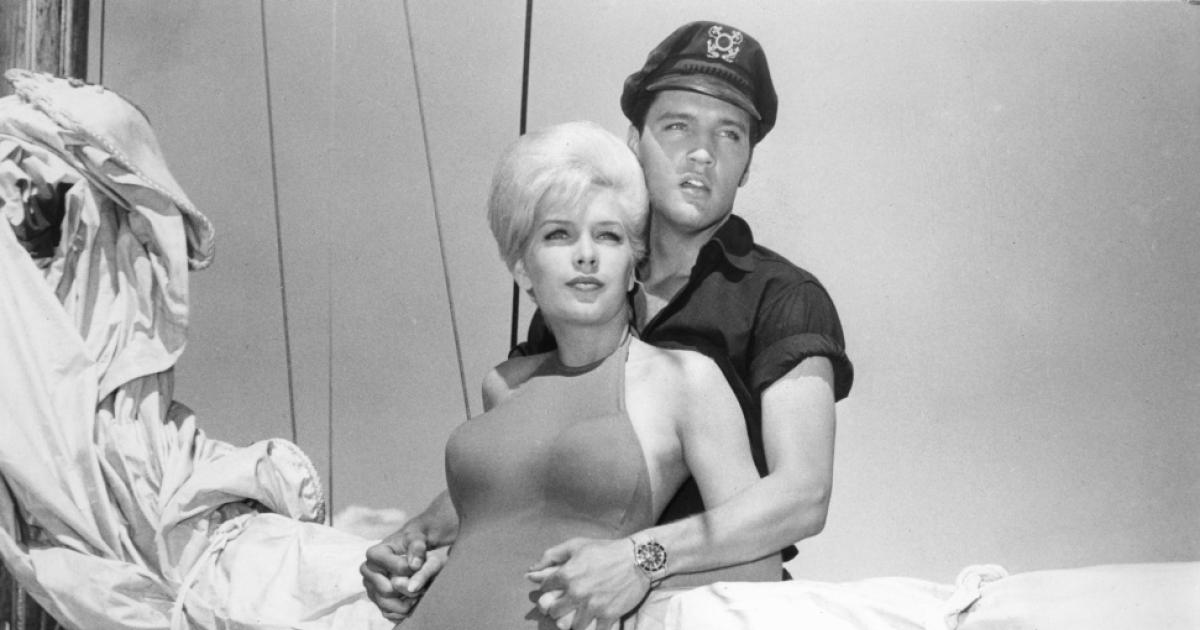 Elvis kept on topping the charts in the fall and winter of 1957 and into 1958 with “Jailhouse Rock”, “Don’t” and “Hard Headed Woman”. He also starred in several films. His second film, Loving You, was released in 1957. Though it was not featured the film, the song “Have I Told You Lately That I Love You?” made it onto the Loving You Soundtrack album.

But during his chart-topping ways, he got a letter from Uncle Sam. Sergeant Elvis Presley served with the U.S. Army from March 24, 1958, to March 2, 1960. Meanwhile, Presley managed to climb to the top of the charts once in 1959 with “Big Hunk o’ Love”.

His return to civilian life saw a return to a string of successful single, album and film releases. From April 1960 to March 1961, Elvis topped the Billboard Hot 100 with “Stuck On You, “It’s Now Or Never,” “Are You Lonesome Tonight?” and “Surrender” for a total of 17 of 52 weeks in that timeframe. The album from his first film on return from serving in Germany, G.I. Blues, was a best-seller at the box office (#2 on Variety Magazine for the year 1960) and a number one album in October 1960. He released His Hand In Mine, a collection of sacred gospel music and in November, 1960, began to record his 6th studio album, Something For Everybody. It went on to become his 13th hit album.

Presley continued to have major hits in 1961-62. In Vancouver he topped the charts with “Marie’s The Name (His Latest Flame)”, “Little Sister” and “Good Luck Charm”. Other Top Ten hits included “Can’t Help Falling In Love” and “She’s Not You”. In 1962 Presley released his seventh studio album, Potluck. From that album the song “Kiss Me Quick” would peak at #34 on the Billboard Hot 100 in 1964. But his song, “Suspicion”, climbed onto the CFUN chart in the summer of 1962. Also in 1962 Elvis was filming a number of movies. The first to be released in the summer of ’62 was Kid Galahad, which included the song “King Of The Whole Wide World”. 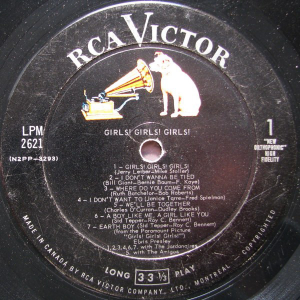 “Girls! Girls! Girls!” was cowritten by Jerry Leiber and Mike Stoller. Both born on Atlantic coast to Jewish families in 1933, the year Adolph Hitler came to power in Germany. Leiber left Baltimore and Stoller left Long Island. They met in Los Angeles in 1950 when they were each seventeen years old. The duo wrote over 70 songs that made the pop charts across three decades. Their first song was in 1952, “Hard Times,” Charles Brown’s final Top Ten R&B hit. Lieber and Stoller’s last hit record was “I Keep Forgettin’” recorded by Michael McDonald in 1982. In between they collaborated with Barry Mann and Cynthia Weil to compose “On Broadway” for The Drifters. They also co-wrote “There Goes My Baby” for The Drifters with Ben. E. King. When Ben E. King went solo, Lieber and Stoller co-wrote “Stand By Me”. Leiber and Stoller had one of their best successes with The Coasters who recorded the duo’s “Searchin’” “Yakety-Yak,” “Charlie Brown”, “Love Potion No. 9” and “Poison Ivy” among others.

But Leiber and Stoller struck gold writing songs that are now part of Elvis Presley’s most memorable tunes. These include “Hound Dog,” “Jailhouse Rock,” “Don’t,” “King Creole”, “You’re So Square (Baby I Don’t Care)” and “She’s Not You.” They also wrote “Trouble” for Elvis from the 1958 film King Creole. Other notable hits they wrote include “Kansas City”, a hit for Wilbert Harrison in 1959; “Black Denim Trousers And Motor Cycle Boots” for The Cheers in 1955; And “The Rev. Mr. Black” for The Kingston Trio in 1963. In addition to being a successful songwriting team, Leiber and Stoller founded  Red Bird Records in 1963. The label released “The Leader Of The Pack” and “Remember Walking In The Sand” for The Shangri-Las, “Chapel Of Love” for The Dixie Cups and “I Wanna Love Him So Bad” by The Jelly Beans.

“Girls! Girls! Girls!” is a song about the many ways that females who are developed attract heterosexual men just by wearing bikinis, tight sweaters, short dresses or swimsuits. In the song females can arouse “a red blooded boy’s” attention just by swimming, going water skiing, sun tanning, sailing, boating, floating on rafts and walking and wiggling on the beach. Just being in their company, the lyrics tell us, make “a red blooded boy” unable to stop thinking about “girls!” Of course, without sexual attraction, the human race might cease to survive. And as Leiber and Stoller knew there were lots of catchy ways to make a hit film and Soundtrack out of that observation.

“Girls! Girls! Girls!” peaked as a track from Presley’s film at #6 on the CFUN chart in Vancouver (BC). The track also got airplay in Worcester (MA) and Little Rock (AR) where it also made the Top 30.