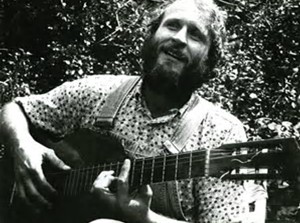 In 1941 James Henry Ford was born in Paintsville, Kentucky. The county was rural, remote and had a history of having its citizens taken advantage of by carpetbaggers and coal companies. In an article in Kentucky for Kentucky in 2017, it was mentioned, “one of nine children, Ford was raised by his grandmother near Van Lear, Kentucky. In order to hear the radio, Ford said, he would often travel to a cabin on a hill in nearby Butcher Holler, where Loretta Lynn lived.” At age eleven, Ford moved first to Michigan with his dad who was in the military. Finding the weather too cold, Jim Ford moved down to New Orleans. He served in the armed forces in Germany for awhile. Then he moved to Los Angeles and then took up residence in Fort Bragg, California. He developed a fusion of soul, country and folk music. His songs often referenced people dealing with adversity. His songs have been recorded by a host of performers including Aretha Franklin, Dave Edmunds, Patti LaBelle, Tanya Tucker, Billy Preston, Burton Cummings, The Black Crowes, Bobby Gentry and The Temptations. Nick “Cruel to Be Kind” Lowe, from the UK, considers Jim Ford as his most formative musical influence.

In 1967 Jim Ford’s composition, “Nikki Hoeky”, climbed to #23 on the Billboard Hot 100 and #4 in Vancouver for recording artist P. J. Proby. Ford’s other most well known song is “Harry Hippie”, which became a Top Ten R&B hit for Bobby Womack in 1973. But when it came to his own releases as a solo recording artist Jim Ford enjoyed only a few regional hits. While “Nikki Hoeky” was climbing the charts for P.J. Proby, Ford released a single called “Linda Comes Running”. It got some airplay in San Diego, Fresno and Bakersfield, California. His only other single release was the title track from his album, Harlan County.

Ford’s song, “Harlan County,” paints a portrait of rural poverty: families raised in shacks, unemployment, working in a coal mine, dreaming of leaving the county and being a vagabond. During the 20th century Harlan County was often a center of labor strife between coal mine owners and workers, especially in the Harlan County War of the 1930s. That “war”consisted of a series of coal mining-related skirmishes, executions, bombings, and strikes. The United States National Guard was called in a half a dozen times between 1931 and 1939 to respond to the civil unrest. During the strike folksinger Florence Reese wrote the labor folk standard “Which Side Are You On“. The coal mining industry began to decline in the 1950s and was accompanied by a steadily declining population and depressed economy. Harlan became one of the poorest counties in the United States. In 1976 a documentary, Harlan County USA, concerned labor strife in the county in both the 30s and the 70s. It won the 1977 Academy Award for Best Documentary Feature. Though Ford’s Johnson County was two hours drive north of Harlan County, both counties shared a history of coal strikes, and grinding poverty. Ford decided to title the song “Harlan County” because it he liked the sound of it better than calling the song Johnson County. Nonetheless, Harlan County was ahead of the pack when it came to being about the poorest county in America. Its reputation was known to Jim Ford who sang about a composite narrative emerging of that county’s demographic after World War II. While the song got enough traction in Vancouver to climb to #10 on the charts, it missed the Billboard Hot 100. DJ’s in Vancouver may have decided to play list the song, as it was rising to #15 on KHJ in Los Angeles, the week before it became Hitbound on CKLG. However, LA was one of just a couple of radio markets that gave the song a try. “Harlan County” also happened to climb into the Top 20 across the Georgia Strait in Victoria.

His friends included Sly Stone of Sly and the Family Stone who referred to Jim Ford on a 1971 Dick Cavett Show as his “honky-tonk man.” In 1970, Ford posed in a satirical illustrated story in Playboy magazine. In the early 70’s he starred in ads for both milk and cigarettes. In 1975 Jim Ford co-wrote all of the songs for The Temptations 1976 album, Wings of Love. Bobby Womack recorded a couple more of Jim Ford’s compositions, including “I’d Be Ahead If I Could Quit While I’m Behind.” This was one of three songs Ford co-wrote on Womack’s 1981 album, The Poet. Ford co-wrote six of the nine tracks on Bobby Womacks’ 1984 album The Poet II. Jim Ford later said he actually wrote the songs, but Bobby Womack insisted he be given credit for co-writing the songs. Dynamics like this soured their working relationship and the two had a falling out.

In the ‘80s, Jim Ford disappeared into a haze of drug (cocaine) abuse and erratic behavior. Numerous attempts were made by reporters and others to find Jim Ford out where Jim Ford was living. Ford had actually moved to Fort Bragg to live with his first girlfriend who was recently widowed. No one succeeded until April 2006 when he was tracked down to a trailer park in Mendocino County, California, by L P Anderson of Sweden’s Sonic Magazine. After becoming a recluse and struggling with a cocaine addiction, Ford had a born again experience and committed his life to Jesus Christ in 2004.

Ford’s 1969 album, Harlan County, was released by Bear Family Records, along with 15 more previously unreleased tracks. Together with a 40 page booklet, the 2007 release was titled The Sounds of Our Time. It sold well and discussions began about recording new material.  In addition, plans were underway for a charity concert for Jim Ford slated for May 18, 2008, in London, England. Nick Lowe was to be on the roster performing alongside Ford. Unfortunately, on November 18, 2007, Jim Ford was found dead, at the age of 66, in his trailer home by the Mendocino County Sheriff’s department. One of his Peugeot cars, that he often worked on, had its hood up, which alerted neighbors that something had prevented Ford from returning to work some more on the car.