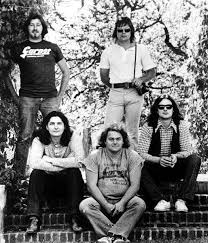 #830: Heartbroken Bopper by The Guess Who

In the fall of 1967 The Guess Who? were hired as the house band for The Swingers, a local CBC radio show in Winnipeg. They also were hired as the house band for the TV show Let’s Go, also on the Canadian Broadcasting Corporation. That show was hosted by their former band-mate, Chad Allan. The group got exposure on the 39 weeks the show aired in both seasons (1967-68 and 1968-69). They performed hits on the Canadian charts like “Touch Me” by The Doors, “Time of the Season” by The Zombies, “You Keep Me Hanging On” by Vanilla Fudge, “White Room” by Cream and “Along Comes Mary” by The Association. They also were able to debut some of their own compositions including “These Eyes”, “No Time” and one of their early minor hits, “This Time Long Ago”.

Believing in The Guess Who?, Richardson went into debt to help them record their first studio album in September 1968 called Wheatfield Soul. It was released in March 1969 along with the debut single from the album, “These Eyes”. By 1969 the band dropped the question mark in their billing to be known as The Guess Who. In 1969 the band played before one of the biggest crowds at the Seattle Pop Festival. Other headliners on stage at that event were Led Zeppelin, The Doors, The Byrds, The Burrito Brothers, Frank Zappa and The Mothers, Alice Cooper, Bo Didley, Chuck Berry, Ike and Tina, The Chicago Transit Authority.

The Guess Who had a huge international successes into 1970 with “American Woman” topping the charts across North America.

In 1971 the Guess Who had another Top Ten hit in Canada with “Hang On To Your Life”. The song’s lyrics offered a message advising against taking illegal drugs. The album version of the song concluded with Burton Cummings reading Psalm 22: 13-15. It included these words: “my bones are out of joint… My strength is dried up like a potsherd; and my tongue cleaveth to my jaws; and thou hast brought me into the dust of death.”

The next single release in 1971 by the band was the non-album disc “Albert Flasher”/”Broken”.

The followup single, “Rain Dance” became the twelfth Top Ten single for The Guess Who in Canada. The B-side, “Sour Suite” was also a Top 20 hit in Canada. In the fall of 1971 The Guess Who released “Life In The Bloodstream”, which peaked at #4 in Vancouver. All three songs were from the Guess Who’s eighth studio album So Long Bannatyne. While the Guess Who gave a concert at the PNE Agrodome on October 15, 1971.

In 1972 the band had more Top Ten hits in Canada with “Heartbroken Bopper” and “Running Back To Saskatoon”.

Their 20th Top 20 single on the Canadian RPM charts was “Heartbroken Bopper”. It was the bands’ 18th Top Ten charting song in Vancouver. However, it was a minor hit in America stalling at #47 on the Billboard Hot 100. Bopper is the shortened form of the slang word, teenybopper. A bopper was an adolescent who paid attention to teenage fashions, teen culture and musical trends. While many boppers were girls between ten and fifteen years old, boys could also be teenyboppers. NY Times writer, Ben Zimmer, explored the history of the slang word, ‘cool,’ in an article in 2010. He noted that  around 1952, teenyboppers began to use the word, ‘cool,’ as a slang for sophisticated, stylish, admirable and/or excellent.

The character in “Heartbroken Bopper” is at the end of his teen years and also at the end of his years of being a legitimate “bopper.”He was a member of a band, but the band has left town. Maybe his parents wouldn’t allow him to go on tour. In any event, he’s graduated and going to night school. Seems he once worked at a car wash, but he’s currently unemployed and “can’t find work.” While he can still dance and strut, he’s seen better days. Imagine being maybe just nineteen and having “seen better days.” Neil Young once sang in his song, “Old Man”, about a guy who is twenty-four years old who considers himself to be a lot like an old man. We don’t need to be chronologically old to feel like life has passed us by. I remember having an encounter with a university student in my dorm years ago who was feeling down. When I enquired why he seemed despondent he told me he’d just turned “a quarter of a century old.” This fellow in my dorm had, it seemed, also seen better days. The hope for the heartbroken bopper in song by The Guess Who, is that he may dance himself into a new emotional state and aspire to find work and shake off his heartbroken funk.

After “Heartbroken Bopper” was on the charts, The Guess Who went on tour with Three Dog Night in November and December 1972 to Japan, New Zealand, and Australia. Several albums in 1973 failed to deliver hoped for record sales. The following year “Follow Your Daughter Home” and “Glamour Boy” kept the band on Top 40 radio.

In 1974 The Guess Who pulled out of their slump with a Top Ten hit across the continent, “Clap For The Wolfman,” a tribute to the famed rock ‘n roll DJ. However, after their album, Road Food, the band went back into a slump with fans taking a pass on further album releases into 1975-76. On August 26, 1974, and again on August 16, 1975, the Guess Who performed concerts at the Pacific Coliseum in Vancouver. The Guess Who officially split up in October 1975.

As of October 2017, The Guess Who have thirteen upcoming concerts scheduled between April and November 2018. The current lineup includes original band member of The Guess Who, Gary Peterson.