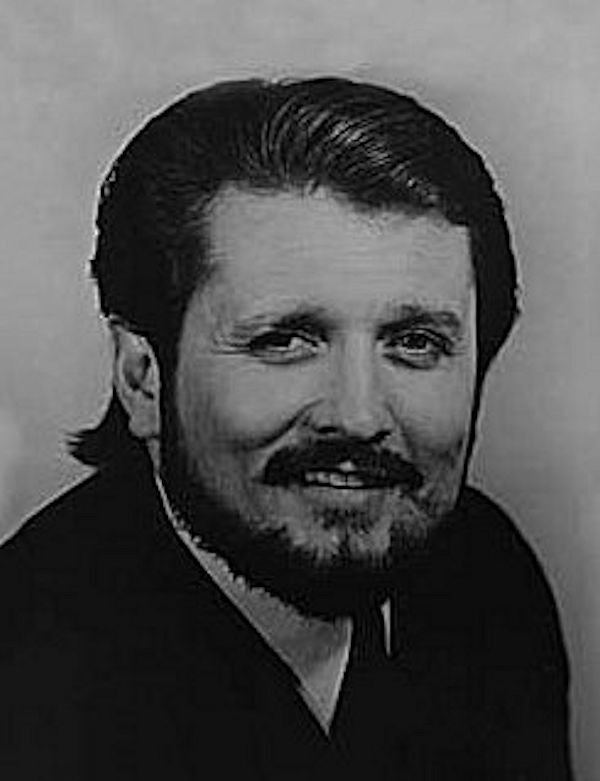 #521: Home From The Forest by Ronnie Hawkins

Ronnie Hawkins was born in Huntsville, Arkansas, on January 10, 1935, two days after Elvis Presley. Hawkins’ mother was a teacher; his father, a barber. Known affectionately over the years as “Mr. Dynamo,” “Sir Ronnie,” “Rompin’ Ronnie,” and “The Hawk,” Hawkins’ love of music started in high school. He formed the first version of his band The Hawks while studying at the University of Arkansas in the 1950s. Ronnie remembers, he’d commandeer an old gas station on Dickson street for rehersals. “We’d unplug their outside Coke machine and plug in our instruments,” Hawkins said. “They had the warmest Cokes in town.” In 1958, on the recommendation of Conway Twitty – who considered Canada to be the promised land for a rock’n roll singer – Hawkins came to Hamilton, Ontario to play a club called The Grange. He never left. Adopting Canada as his home, Hawkins became a permanent resident in 1964. In 1958 he released his first single, “Hey, Bo Diddley”. This was followed the next year by “Mary Lou”, which turned Hawkins into a teenage idol, along with “Forty Days”. In 1959, Morris Levy signed Hawkins to Roulette Records for five years. Levy tried to lure him back to the United States, but Hawkins had fallen in love with Canada and didn’t want to leave his new home.

In 1960 Hawkins had a Top Ten hit in Toronto with “Southern Love”. He repeated Top Ten success in southwestern Ontario in 1963 on the powerful CHUM 1050 AM radio with a cover of “Bo Diddley”. He was again in the Top Five on CHUM in 1965 with “Bluebirds Over The Mountain”. In January 1968 “Home From The Forest” became a #1 hit for Hawkins in Vancouver. “Home From The Forest” is a song written by Gordon Lightfoot. Gordon Meridith Lightfoot Jr. was born in Orillia, Ontario, on November 17, 1938. His parents, Jessica and Gordon Lightfoot Sr., ran a dry cleaning business. His mother noticed young Gordon had some musical talent and the boy soprano first performed in grade four at his elementary school. He sang the Irish lullaby “Too Ra Loo Rah Loo Rah” at a parents’ day. As a member of the St. Paul’s United Church choir in Orillia, Lightfoot gained skill and needed confidence in his vocal abilities under the choir director, Ray Williams. Lightfoot went on to perform at Toronto’s Massey Hall at the age of twelve when he won a competition for boys who were still boy sopranos. During his teen years Gordon Lightfoot learned to play piano, drums and guitar.

In the years that followed Lightfoot performed in coffee houses in Toronto. He got work as a performer on the CBC’s Country Hoedown and went to England to host the BBC TV Country and Western Show in 1963-64. At that time, Lightfoot’s songs were recorded by numerous recording acts. These included “Early Morning Rain” by both the Kingston Trio and Judy Collins, and “Ribbon of Darkness” by Marty Robbins. “Home From The Forest” was one of many songs Gordon Lightfoot has written that have been covered by other recording artists. Between 1966 and 2004 Gordon Lightfoot released 19 studio albums and 46 singles. Among the songs he recorded are “Bitter Green“, “Black Day In July“, “Me And Bobby McGee“, “Go Go Round“, “Sundown”, “Taking In Your Sleep” and “If You Could Read My Mind”. In 1997, Gordon Lightfoot received the Governor General’s Performing Arts Award, the top honor a recording artist can receive in the performing arts in Canada.

“Home From The Forest” is a song recorded in 1966 by Gordon Lightfoot and included as a track from his 1967 album, The Way I Feel. The forest is a metaphor for the city which the old man has come home from. This is a forest with neon lights that flash. It is a forest of streets with sidewalks where the people he meets are strangers who only stare at him as he stumbles along. His “castle” is a hallway and he has to get to his home by climbing a “dark and dingy stairway” to presumably his rental accommodation. His closest friend is his “bottle” of wine. The old man is a soldier and, as it was written in 1966, almost all soldiers were veterans of either World War I, World War II or the Korean War. A few Canadians were also veterans of the Vietnam War, with over 30,000 joining the United States Armed Forces to fight in Vietnam.

The old man lies on his cot in his spare room, wondering how his life ended up the way it did. He recalls someone who loved him years ago and senses her touching him and calling his name. This vision also recalls a long forgotten home on a hill where children played games with “joyful” sounds. The final verse of “Home From The Forest” finds the old soldier has died, as for him “dawn will come no more.” As for the city that never sleeps, that “forest” carries on with the con men who con.

The image of the city in “Home From The Forest” is one of a fragmented society where people are strangers to one another. Many become outcasts. And even though in Canada the nation marks Remembrance Day each November 11th, veterans of wars often find it hard to reintegrate into society after fighting a war. Post-traumatic stress disorder (PTSD) takes its toll on too many veterans.

A recent article in the Globe and Mail ran with this headline “One in 10 Canadian Vets of Afghan War diagnosed with PTSD.” The article explained that the statistic was very low, considering that many soldiers active in the military had not yet been diagnosed. Many struggle with the trauma of going to war without seeing a physician about their challenges. Symptoms of PTSD include uncontrollable flashbacks, avoidance of places or people that trigger bad memories, depression and emotional outbursts. Soldiers living with PTSD have committed suicide and others have become addicted to drugs or alcohol.

In many ways, the old soldier in “Home From The Forest” is not just a guy who couldn’t get his act together, but a “canary in the coal mine,” warning the wider society of the ongoing costs of war to the veterans who return, and their families.

Over the years Ronnie Hawkins gained recognition for recruiting and grooming outstanding Canadian talent. The membership of his band, The Hawks, kept changing as the talent flowed in and out, but the name stayed the same. One edition of The Hawks (with Canadians Richard Manuel, Garth Hudson, Rick Danko, and drummer Levon Helm) moved on to become Bob Dylan’s backup band and recorded with Dylan on Blonde On Blonde, Self Portrait and The Basement Tapes.

In the midst of Ronnie Hawkins’ political activism with John Lennon and Yoko Ono, Hawkins released the single, “Down In The Alley”. It was a Top Ten hit in Vancouver (BC) in March 1970. By 1970 Ronnie Hawkins was at the twilight of his appeal on the pop charts. However, he began to chart eight singles on the Canadian country charts in 1970, his last climbing the country charts in 1995.

Hawkins won a Juno for best Country Male Vocalist in 1984 for his hit, “Making It Again”. In 1989, Ronnie was reunited with The Band at the concert marking the destruction of the Berlin Wall. In 1992, he performed at the inaugural party of former President Bill Clinton, one of The Hawks’ biggest fans. That same year he received another Juno Award nomination. Hawkins has also performed in a handful of films including, The Last Waltz (with The Band), Heaven’s Gate (with Kris Kristofferson) and Renaldo & Clara (which Bob Dylan produced). Ronnie Hawkins released his 27th album Still Cruisin’ in Canada in 2002. In 2013 Hawkins received the Order of Canada for his many contributions to culture through his music.

One response to “Home From The Forest by Ronnie Hawkins”