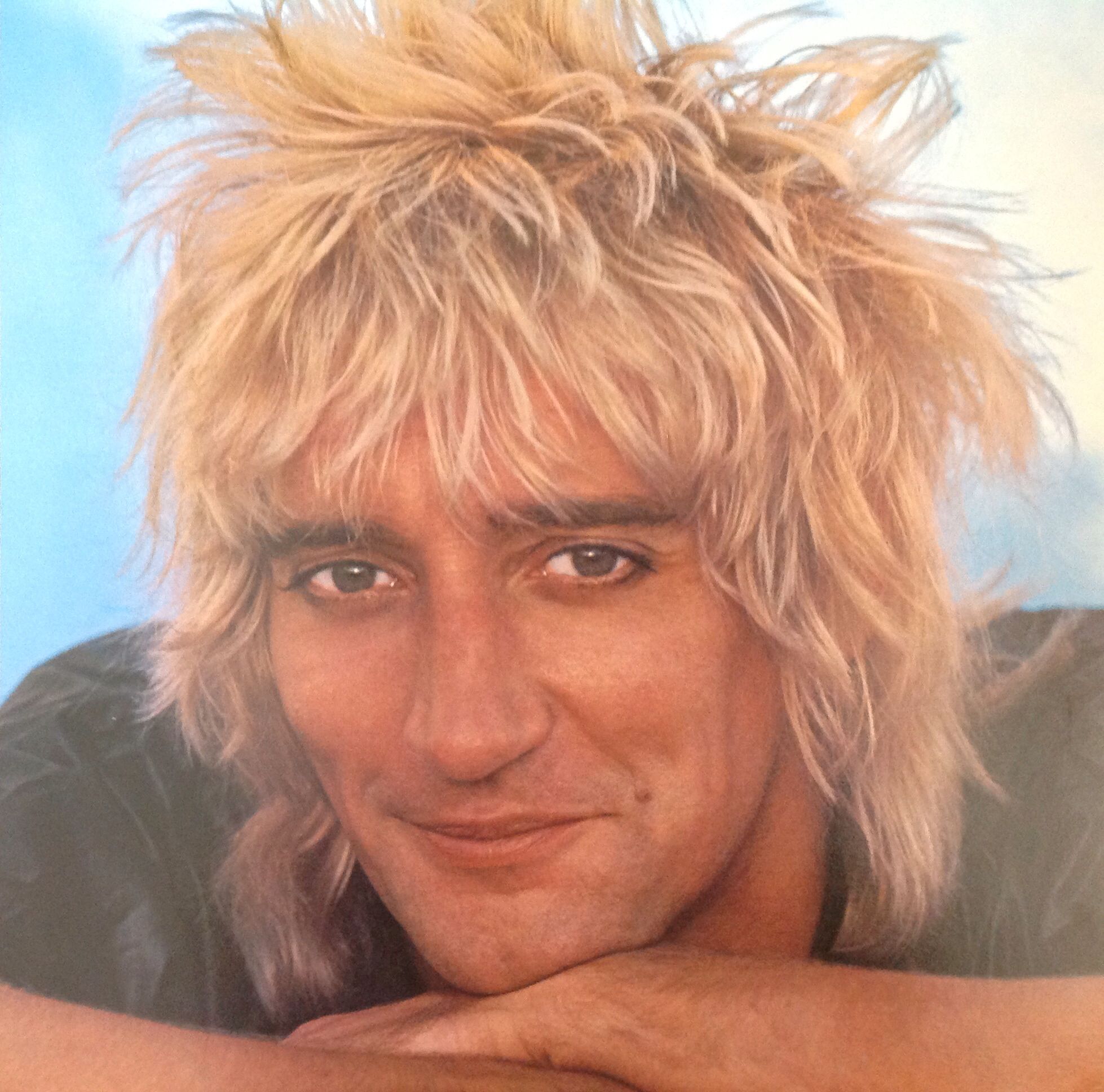 Roderick David Stewart was born in London, England, in 1945. In 1956 he got introduced to rock ‘n roll when he saw Bill Haley and His Comets in concert, and heard Little Richard’s “The Girl Can’t Help It”. He was given a guitar by his dad in 1959, and he learned to play the Kingston Trio’s “A Worried Man”. He quit school at age 15 and worked as a newspaper boy. He auditioned with Joe Meek in 1961, but didn’t get a record deal. By 1963 he was part of an R&B band called The Dimensions. In 1965 he teamed up with Long John Baldry, Julie Driscoll and Brian Auger to form a blues band called Steampacket. This lasted another year. Eventually, Stewart became part of the Jeff Beck Group in 1967. When that band broke up in the fall of ’68, Rod Stewart got invited to join the reformed Small Faces, who were now just called Faces.

The Faces made four studio albums with A Nod Is as Good as a Wink… To a Blind Horse in 1971 their biggest seller. Their first hit single, “Stay With Me”, went to #6 in the UK, #17 in the USA and #1 in Vancouver.

Meanwhile, Stewart also embarked on a parallel solo career. In 1970 he released Every Picture Tells A Story. The album was released with the double-sided hit number one hit “Maggie May” and “Reason To Believe”. The followup single from the album was a cover of a Temptations hit from the mid-sixties titled “(I Know) I’m Losing You”.

In the fall of 1972 Stewart’s single from Never A Dull Moment, “You Wear It Well”, peaked at #8 in Vancouver (BC) and #13 on the Billboard Hot 100. It also became his second chart topping single in the UK. Between 1973 and 1975 Stewart charted four singles into the Top Ten on the UK charts: “Oh! No Not My Baby”, the medley “Farewell/Bring It On Home To Me/You Send Me”, a cover of the Isley Brothers “This Old Heart Of Mine”; And a number one hit in England titled “Sailing”, later covered by Joan Baez on her Blowin’ Away album in 1977.

But Stewart waited for four years to return to the Top Ten in most North American radio markets in 1976 with “Tonight’s The Night”, from his A Night On The Town album. He was a common Top Ten feature in Vancouver (BC). In 1977-78 Rod Stewart had Top 30 hits starting with “You’re In My Heart”, “Hot Legs”, and “I Was Only Joking”. 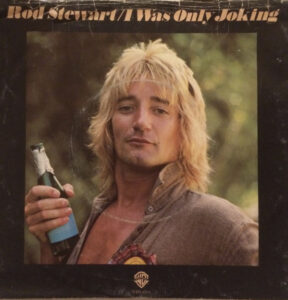 “I Was Only Joking” is a song about a guy who from an early age challenges authority. At school he messes “around with all the rules.” Becoming a young adult, he is “in and out of jobs, running free, waging war on society.” He makes promises (presumably to girlfriends) that are empty which he blames the next day “on the wine.” He plays the field and collects “lovers like butterflies.” When he gets involved with Susy, who gives her “love unselfishly” and takes love “seriously,” he calls it off. Getting older, the guy admits “giving love is not my strongest point.” He concludes “I’d rather be alone.” Playing the fool, being a “fool” and a joker is his way of hiding his “fear.”

The phrase, “I was only joking” comes from the Book of Proverbs in the Hebrew Bible. In Proverbs 26:18-19 it is written “Like a madman shooting firebrands and deadly arrows, so is the man who deceives his neighbor and says, ‘I was only joking.'” In its original context the man who says “I was only joking,” is both minimizing and misnaming what is occurring. In his poem “A Ritual To Read To One Another”, the American poet William Stafford states

“I call it cruel and maybe the root of all cruelty
to know what occurs but not recognize the fact.”

For the neighbor in Proverbs 26, “I was only joking” is both inaccurate and insufficient. The man who makes this statement is trying to shift attention away from himself and away from recognizing what has occurred.

In an article in Psychology Today, it is noted that many people like the famous comedian Robin Williams, use humor to shield pain. Sometimes what is going on when people are real jokers, ‘clowning around’ and being the life of the party is a great effort to suppress pain, or even fear of intimacy. Given the singer in “I Was Only Joking” is afraid of intimacy and being serious about love, we’d be wise to not let the humor fool us.

In 1993 Stewart recorded a song with Sting and Bryan Adams titled “All For Love”, which climbed to #1 in many countries. Since 1977 Rod Stewart has mounted over thirty tours. He has sold over 200 million records. He has been nominated fifteen times for a Grammy Award, and won once in the category of Best Traditional Pop Vocal Album for Stardust: The Great American Song Book Volume III, in 2004. He has also been nominated seven times for a Juno Award in Canada. He also has a star on the Hollywood Walk of Fame.