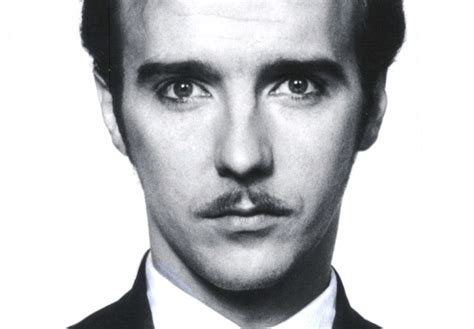 Peak Month: March 1986
9 weeks on Vancouver’s CKLG chart
Peak Position #4
Peak Position on Billboard Hot 100 ~ did not chart
YouTube.com: “If I Was”
“If I Was” lyrics

James Ure was born in the suburbs of Glasgow, Scotland, in 1953. He told the Guardian “I was born in a one-bedroom tenement flat on the outskirts of Glasgow. It was pretty slummy and I was there for the first 10 years of my life. My brother and I slept in the bedroom. There was a cooker in a tiny little hole that connected the sitting room to the bedroom, and the sitting room had a sink in it that we used to bathe in. Opposite the sink was a thing called a cavity bed, which was like a hole in the wall with a mattress for my parents, and there was an outside toilet. I thought it was a fabulous place.”

He started playing music in a Glasgow band called Stumble (c.1969 – c.1971). Ure joined Salvation as a guitarist in 1972. The band had been formed in Glasgow in June 1970 by the brothers Kevin (vocals) and Jim McGinlay (bass guitar). Jim McGinlay proposed that Ure turn his first name backwards from Jim to “Mij”, or Midge, to avoid any confusion caused by two members of the band having the same first name. Ure has since presented himself in the music scene as Midge Ure.

Meanwhile, after graduating from public school Ure attended Motherwell Technical College. Subsequently, he started to work as an engineer, training at the National Engineering Laboratory (NEL), in nearby East Kilbride, Scotland. In 1974 Kevin McGinlay left Salvation to pursue a solo career. Midge Ure became the bands’ lead vocalist. In November 1974, Salvation changed its name to Slik. In 1976 Slik had a number one hit in the UK with “Forever And Ever”. When a band was formed called the Sex Pistols, Midge Ure was invited to be the frontman for the band. Ure turned down the offer, explaining that the whole premise of the Sex Pistols was wrong.

In 1977, with the punk rock trend, Ure joined a punk band named PVC2. They met with modest success. Ure moved on to form Rich Kids with former Sex Pistols musician Glen Matlock. However, differences in vision for the band led to Midge Ure’s departure. Ure took with him another Rich Kids bandmate named Rusty Egan. They formed a synth pop band named Visage. Their new band had a Top Ten hit in nine European countries in 1980 with “Fade To Grey”, which peaked at #1 in Germany and Switzerland.

In 1979, when Thin Lizzy was on a tour of the United States, Gary Moore quit the band and Midge Ure accepted an invitation to join the band to finish the tour. However, at the end of the tour Ure returned to continue his involvement with Visage and another group he had formed called Ultravox. That band had just lost its frontman, John Foxx. So Ure agreed to be the new lead vocalist. In 1981 Ultravox had a number one hit in Ireland, Belgium and the Netherlands with “Vienna”. The single also made the Top Ten in three other European nations, and the Top 20 in Australia and New Zealand.

In 1982 Midge Ure released his first solo single titled “No Regrets”, a cover of a 1968 song by Tom Rush. The cover climbed to #9 on the UK singles chart. In 1984 Ultravox released “Dancing With Tears In My Eyes”, which climbed to #3 on the UK singles chart. And the bands’ album, Lament, peaked at #2 on the UK album chart. However, Midge Ure had his biggest success that year from writing the music for a song for charity titled “Do They Know It’s Christmas?” by Band Aid. The charity single to raise funds in response to the Ethiopian famine eventually sold 3.8 million copies.

In 1985 Midge Ure pursued a solo career and released his debut album, The Gift. His debut single from the album was “If I Was”. “If I Was” is a song by Midge Ure and Danny Mitchell, of the Scottish band the Messengers. The lyrics offer a catalogue of wonderments about what a particular man would do if he was, variously, a “better man,” a stronger man,” a “wiser man,” a “kinder man,” a soldier, a sailor, a painter, a leader, a poet, or “her lover.” Yet, this man is, at least not yer, “her lover.” He only wonders what he could do to win her love. If he was a sailor he would sail the seven seas to her. As a painter, he’d paint a world that wouldn’t taint her. He’d show her, as a poet, his burning words for her. But these are his aspirations. Perhaps he doesn’t feel he is especially strong, wise or kind. And whatever potential he senses in himself, he is not at present a soldier, a sailor, a painter, a leader,  or a poet. But, it’s clear he desires a woman and wishes he could be her lover.

Midge Ure is not the first recording artist to ponder scenarios. David Gates mused about various outcomes when singing “If”, a Top Ten hit for his band, Bread, in 1971.

In 1988 Midge Ure released his second album, Answers To Nothing. This included the single “Dear God”, which made the Top Ten on the U.S. alternative singles chart. Dear God is a song of hope and a plea for the end of war, starvation and loneliness. But it peaked at #95 on the Billboard Hot 100. Ure had a Top 20 hit in the UK with “Cold Cold Heart” in 1991. In 1997-98 Ure released a single titled “Breathe”, which climbed to #1 in Austria and Italy, and #2 in Spain. And in 1998 Midge Ure composed the instrumental soundtrack for the film Went to Coney Island on a Mission from God… Be Back by Five. In 2004 Midge Ure released his autobiography If I Was.

To date, Midge Ure has released seven studio albums with original material. He has released 20 compilations and live albums. Midge Ure has performed in concert in Vancouver (BC) on January 5, 2017, August 23, 2018 and January 21, 2020, each at the Rickshaw Theatre. He will also perform in Toronto and Hamilton in late January 2020.

One response to “If I Was by Midge Ure”