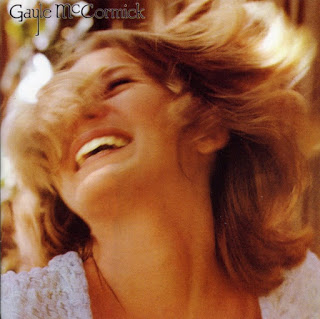 Gayle McCormick was born in St. Louis, Missouri, in 1948. She joined choir in high school and sang high soprano with the Suburb Choir, a 150-voice unit that performed annually with the St. Louis Symphony. By the mid-60s she sang in a band billed as Steve Cummings and The Klassmen, and sang covers of songs by Aretha Franklin, Gladys Knight and Tina Turner. In 1967 her band released a single titled “Without You” which peaked at #14 in St. Louis. The following year McCormick released a solo titled “Mr. Loveman” which peaked at #21 in St. Louis. Then in 1969 she joined a band called Smith which subsequently got noticed by Del Shannon. He got Smith signed to Dunhill Records. Smith had a #5 hit with “Baby It’s You” on the Billboard Hot 100. The song had previously been a hit for both The Shirelles and The Beatles.

In the summer of 1969, the group’s cover of The Band’s “The Weight” was included in the soundtrack album for Easy Rider. Though in the film it was The Band’s original that was featured. Smith had a follow up single titled “Take A Look Around” in early 1970. The single made the Top Ten in St. Louis and in Rochester, NY. A Third single release by Smith, “What Am I Gonna Do” was a breakout hit in St. Louis and Salt Lake City. A fourth single from their album Minus-Plus was “Comin’ Back To Me (Ooh Baby)”. Released late in the summer of 1970, it had little notable chart success outside of Lewiston, Idaho. Smith disbanded in early 1971 and Gayle McCormick struck out on her own.

In July 1971 Gayle McCormick’s debut single from her self-titled studio album, “Gonna Be Alright Now”, spent five weeks on the Billboard Hot 100, stalling at #84. The single was a regional Top Ten hit in Waterloo, Iowa, and Abilene, Texas. The song also climbed into the Top 20 in Seattle, and Kimberly, Wisconsin. Her second single release was “It’s A Cryin’ Shame”. “It’s A Cryin’ Shame” was co-written by Dennis Lambert and Brian Potter. The songwriting duo had already been successful penning “One Tin Soldier” and “Mr. Monday” for The Original Caste. In 1971 they also wrote “Don’t Pull Your Love” for Hamilton, Joe Frank & Reynolds. In 1972 they penned “Ain’t No Woman (Like The One I’ve Got)” and “Keeper Of The Castle” for the Four Tops, and “Two Divided By Love” for the Grassroots. In 1974 they produced “Rock and Roll Heaven” for the Righteous Brothers. But their biggest success was producing “Rhinestone Cowboy” for Glen Campbell, a number one song in 1975. In 1977 they produced “Baby Come Back” for Player. The songwriting duo also had their songs recorded by Leslie Gore, Wild Cherry, Dusty Springfield, Sergio Mendes, Eden Kane, Wayne Newton, Tavares, Skylark and Maureen McGovern.

In collaboration with others, Brooklyn born Dennis Lambert wrote “We Built This City” for Jefferson Starship, and “Nightshift” for The Commodores. He also produced “Pink Cadillac” for Natalie Cole in 1988.

“It’s A Cryin’ Shame” is about a relationship that ended. In this case the male in the relationship wrote a letter to his girlfriend telling her it was over. She thinks about having another talk, but concludes “all I can wish you is good luck.” Furthermore, he’s moved on and she concedes “you belong to her today.” In the aftermath of the relationship, all she has are memories of the summer when “my heart was like a drummer” and a “faded picture.” The shift in emotional connection was palpable, leaving her to lament “love walked out the door,” “slipped through my hands” and “fell at my feet, it’s a cryin’ shame the bitter isn’t so sweet.” At the end she sings “I’m sorry baby.”

Debra Fileta writes about one-sided relationships that come in a variety of forms. She mentions several:

In “It’s A Cryin’ Shame” one person wants the relationship to continue and the other walks out the door. We don’t learn from the lyrics in “It’s A Cryin’ Shame” what made the guy choose to leave the relationship. It’s possible he met someone else before he ended it. Or, he may have had it with his girlfriend and found someone new soon after. We don’t know why the woman in the relationship sings at the end “I’m sorry baby.” Does she feel some regret about something she did that caused him to “walk out the door?” She decides after reading his letter not to bother having another talk. It’s plausible they were getting stuck as a couple over some sticking point about what they both envisioned in a relationship and the guy decided they weren’t compatible.

But dating relationships are meant for two people to find out if they are a good fit for each other. If one of them concludes it just isn’t going to work, is it a crying shame to end things? Better to move on and see who emerges on the horizon, taking with you the lessons learned about what you want, and don’t want, in a relationship.

Choosing to remain in a relationship when you find it dissatisfying can sew seeds of discontent and negativity toward your partner. And for the partner who senses the other person in the relationship isn’t happy with them, why not let the relationship end and be open to finding someone who thinks you have the right stuff?

In 1972 McCormick’s cover of an old Miracles tune from 1962 titled “You Really Got A Hold On Me” became her third single from her self-titled album. But the single stalled at #98 in the Billboard Hot 100, only becoming a breakout hit in Fort Lauderdale, Florida. Later in 1972 she released a second studio album titled Flesh & Blood. The album cover featured McCormick with a revealing tank-top and short blue jeans. However, both singles from the album, “Take Me Back” and “Grey Line Tour”, failed to catch on.

In 1973 McCormick married a carpenter and moved to Hawaii. In 1974 she recorded a gospel-influenced studio album titled One More Hour. She released a single in 1975 titled “Coming In Out Of The Rain”. It was not a commercial success, only getting some limited response in San Diego. By 1976 she lost interest in the music business, left her marriage and returned to her hometown of St. Louis. In St. Louis McCormick chose to live “the quiet life.” She never remarried.

3 responses to “It’s A Cryin’ Shame by Gayle McCormick”