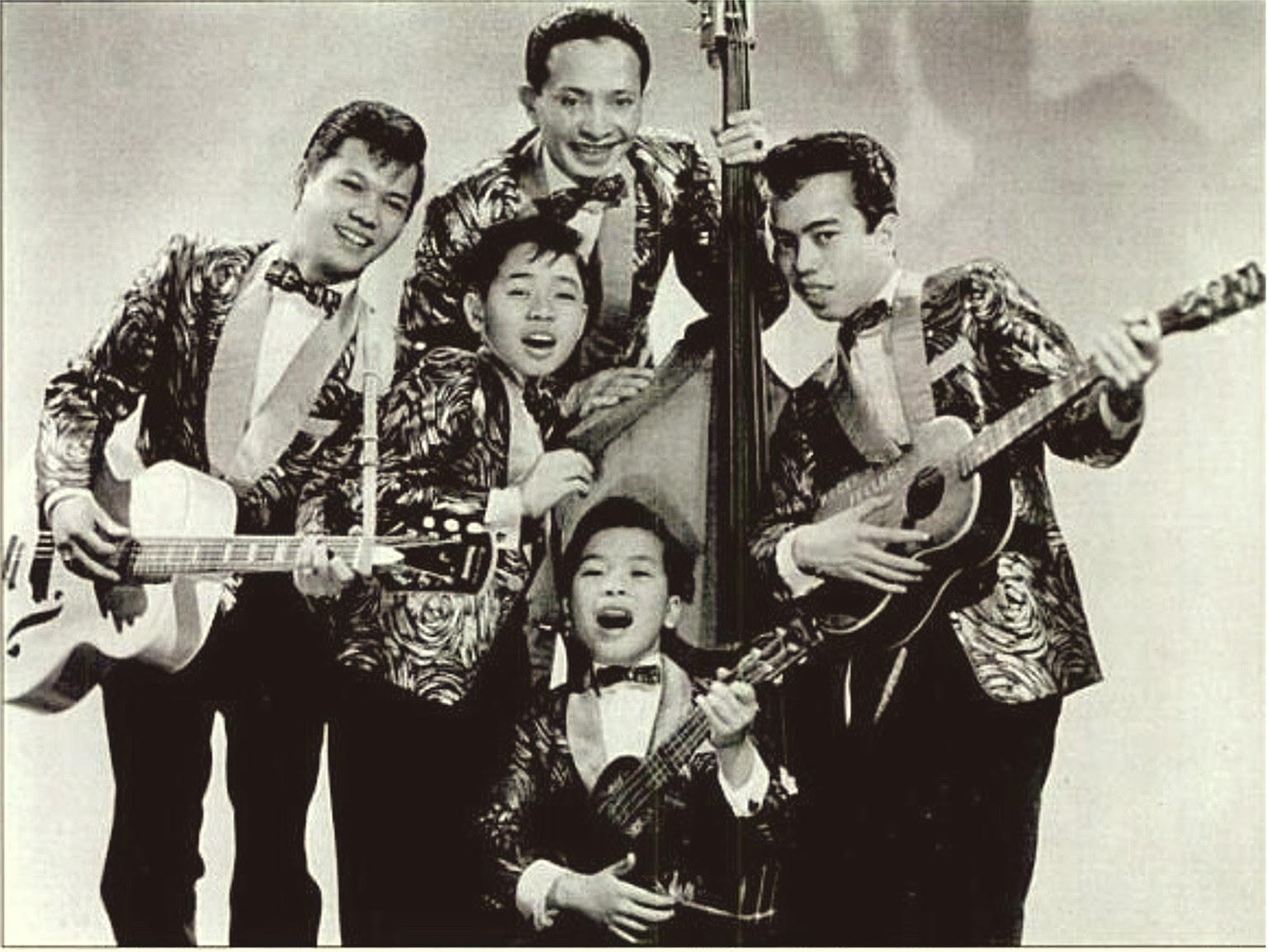 #280: Killer Joe by the Rocky Fellers

The Rocky Fellers were a Filipino-American group comprised of brothers Tony Maligmat (born in 1944), Eddie Maligmat (born 1955), Junior Maligmat (born 1945), Albert Maligmat (born in 1953) and their father, Doroteo Maligmat (born 1924). The family was born in Manila, and moved to the USA in the mid-50s. On October 25, 1959, the Rocky Fellers appeared for the first time on TV on The Dinah Shore Chevy Show. They performed a cover of the Diamonds 1957 Top Ten hit “Little Darlin'”. The song was introduced by Dinah Shore who spoke of the exotic and primitive music of the Philippine Islands. Speaking of music, Dinah Shore said “And one of the richest and most exotic is the primitive music from the Philippine Islands,” Of course, “Little Darlin'” was rock ‘n roll and not a primitive song – so Shore was teasing her audience before they heard the song, setting them up to expect something, well “primitive.” Lead singer, Albert, told Dinah Shore after performing the song on her show that he learned to sing and play in the Philippines. From 1959, at the age of six onward, Albert Maligmat along with the other Rocky Fellers, opened for entertainers Bob Hope, Sammy Davis Jr., George Burns, Carol Channing, Dean Martin, Jerry Lewis, Rich Little, Phyllis Diller, Joan Rivers, and Flip Wilson among others. A decade before the Jackson 5, The Rocky Fellers were example of what a family could do in the music business.

In the spring of 1963 the Rocky Fellers released a single titled “Killer Joe”, featuring the lead vocals of ten-year-old “Little Albert” Maligmat. 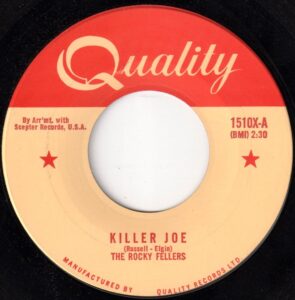 “Killer Joe” is a song about popular NYC Discoteque dance instructor ‘Killer’ Joe Piro. Born in East Harlem in 1921, and the son of an Italian-American tailor, Frank “Killer Joe” Piro, started dancing when he discovered the Savoy Ballroom at 596 Lenox Avenue near 140th Street in Harlem. He won his nickname at the dance contests that were a big feature of the Manhattan social scene in the 1940s. The “Killer Joe” nickname comes from a supposed ability to wear out one partner after the other on the dance floor. Piro was serving in the United States Navy when he entered and won the National Jitterbug contest that was held at Madison Square Gardens on August 26th, 1942. After winning the dance competition, his superior officers in the U.S. Navy gave him a transfer to New York City, where he danced on Broadway with Kathryn Cornell and other stars of the stage.

After World War II Killer Joe Piro taught dance classes to over a thousand students at a time at the Palladium in Manhattan. The Palladium proclaimed itself the “temple of mambo” and Hollywood inevitably capitalized on the craze. Piro can be seen doing the mambo to the music of Tito Rodriguez in the 1950 Universal short subject, Mambo Madness.

In the early fifties, he opened his own studio on 54 West 55th Street in Manhattan, where many in New York’s high society came to take dance lessons. Invariably keeping a step ahead of trends, over the decades he taught what would become the mainstays of the discothèque scene: the Mambo, the Cha-cha and the Merengue, then the Twist and later the Frug, the Frog, the Watusi, and the Hull Gully. His students included Dame Margot Fonteyn, Jacqueline Kennedy, Ray Bolger and others in high society. 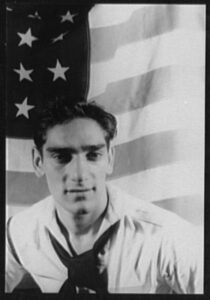 In 1953 he was consulted to help with the dance scenes in the Lenny Bruce film Dance Hall Racket. On October 6, 1957, Killer Joe was a featured guest on The Steve Allen Plymouth Show. On December 13, 1964, the New York Times wrote that Killer Joe Piro “once shined shoes for a couple of months to afford a suit, today owns 17 tuxedos, 20 suits, and 50 pairs of shoes.” Killer Joe was a guest on the NBC TV series, That Was the Week That Was, on February 16, 1965, where he taught singer Nancy Ames to perform the Watusi, the Frug, the Jerk, the Monkey, the Swim and other dance crazes.

In 1965, Piro released his own dance album entitled Killer Joe’s International Discotheque. Among the session musicians for the album was saxophonist King Curtis. Killer Joe was also featured on the cover of a number of other dance craze records in the mid-60s. In 1965, Smirnoff Vodka hired Killer Joe Piro to create a new dance called the Mule. This was for Smirnoff’s new drink – the Mule. Piro and his dance partner appeared in an advertisement for the drink. In 1967 Killer Joe choreographed the dance steps for the puppets in the animated film Mad Monster Party. Killer Joe faded from the spotlight by the end of the disco era and died in February 1989, just weeks before what would have been his 68th birthday.

The B-side to “Killer Joe” by the Rocky Fellers was their cover of the 1958 hit by Jackie Wilson, “Lonely Teardrops”.

“Killer Joe” was cowritten by Bert Russell and Bob Elgin. Bertrand Russell Berns was born in the Bronx to Russian Jewish immigrants in 1929. When he was fourteen he contracted rheumatic fever which damaged his heart. After he recovered, he took piano and learned to read and write music. In 1949 he co-founded Magic Records and found a new talented female recently graduated from high school named Edith Gormezano who soon went by the pseudonym of Eydie Gormé. They got an office at 1650 Broadway and started publishing sheet music. But by the end of 1950 the little record company had folded, with none of the songs they wrote even being recorded. He visited Cuba in the winter of 1957, over a year before the Cuban Revolution. In 1958 he wrote “Way Down By the Cherry Tree” for Capitol Records vocalist Micki Marlo. In 1959 Berns began to work at 1650 Broadway and formed a group called the Beatniks who recorded an obscure tune titled “Beat Generation”.

On February 12, 1960, Bert Berns got a job with Robert Mellin Music as a song plugger for fifty dollars a week. Meanwhile, he kept on writing. He penned “A Little Bit Of Soap” for the Jarmels in 1961, along with having “Twist And Shout” recorded originally by the Top Notes – and then the Isley Brothers. Other notable songs Berns penned were “Tell Him” by the Exciters (1962), “Cry Baby” by Garnet Mimms (1963) and later Janis Joplin (1971), “Here Comes The Night” by Them (1965), “I Want Candy” by the Strangeloves (1965) and later Bow Wow Wow (1982), “Hang On Sloopy” by the McCoys (1965), “Are You Lonely For Me Baby” by Freddie Scott (1967), “Piece Of My Heart” by Big Brother and the Holding Company featuring Janis Joplin (1968) and “Twenty Five Miles” by Edwin Starr (1969). For Bert Berns, writing “take another little piece of my heart” had a double meaning, given his compromised heart from his bout of rheumatic fever in his youth.

In 2014 a book retrospective was published about Burns titled Here Comes the Night: The Dark Soul of Bert Berns and the Dirty Business of Rhythm and Blues by Joel Selvin. A musical by Daniel Goldfarb, Piece of My Heart: The Bert Burns Story, debuted Off-Broadway in 2014. And in 2016 Burns son Brett released his documentary BANG! The Bert Berns Story.

The lyrics to “Killer Joe” are a little thin. They concern a young woman named Marie who Killer Joe is dancing with all night. The narrator of the song is “jealous” because he thinks that Marie is going to be stolen away by Killer Joe’s charms and his dance steps. The narrator worries that Killer Joe doesn’t realize that Marie belongs to him (the guy who is watching from the side of the dance floor). While Killer Joe dances with Marie, she forgets that her “boyfriend” watching from the side of the dance floor is still in the dance hall. Consequently, the guy watching Killer Joe and Marie dance suggests that “someone better tell” Killer Joe, that Marie belongs to him. As well, the jealous guy wants his friends to go and tell Marie that a) she belongs to him, b) she should should only dance with him, and c) that Marie is his, not Killer Joe’s. Furthermore, Killer Joe shouldn’t get any ideas in his head about taking Marie home with him. And Marie better return to the side of the dance floor. However, at the end of the song the jealous guy keeps yelling “come back Marie.” It seems like she’s walked (or danced) away with Killer Joe.

Along with “Killer Joe”, the Rocky Fellers released their only album, Killer Joe. It featured “We Got Love” penned by Neil Diamond; a cover of Del Shannon’s “Runaway”; a cover of the Isley Brothers’ “Twist And Shout”, the 1957 Elvis Presley hit “(Let Me Be Your) Teddy Bear”; the Shirelles’ Top Ten hits “Will You Love Me Tomorrow” and “Foolish Little Girl”. The Scepter Record liner notes for the album were full of anticipation of great things to come:

This is the first album by the Rocky Fellers. This group needs very little introduction as they have appeared on some of the most popular T.V. programs in the country before they ever entered a recording studio. Their talent is evident in every band of this L.P. starting from the first hit Killer Joe, through their renditions of some of the biggest hits of the past years, including Twist & Shout, Will You Love Me Tomorrow, and their great interpretation of Foolish Little Girl. Just listen to their sound and enjoy what probably will become one of the best known groups in the country.

In July 1963, the Rocky Fellers had a single that charted to #55 on the Billboard Hot 100 titled “Like the Big Guys Do”. The song climbed to #32 in Toronto. A subsequent single release, “Ching-A-Ling Baby”, climbed to #38 on CFUN in Vancouver in September 1963.

At the height of their brief popularity the Rocky Fellers performed at the Apollo Theater on 125th Street in Harlem with Stevie Wonder. The Rocky Fellers also shared the stage with Patty Labelle and the Blue Belles, The Temptations, Smokey Robinson and the Miracles, The Shirelles, and The Four Tops.

In the winter of 1963 they released a song called “Bye Bye Baby”, different from the Four Seasons hit in 1965. But it, as well as “The Beachcomber Song” failed to chart. And then the Rocky Fellers released a cover of the 1956 Platters number-one hit “My Prayer”, where it charted in Windsor, Ontario. However, the band was sidelined by the British Invasion with the Beatles, the Dave Clark Five, the Rolling Stones, Gerry and the Pacemakers and others dominating the airwaves.

The Rocky Feller single, “(Everybody Wants To Be A) Tiger”, got a bit of attention in Minnesota and Pennsylvania in June ’64. The song about a guy who doesn’t want to be a “tiger,” and prefers to be a “one-girl-man.” But future releases Nina” in 1964, and “Rented Tuxedo” in 1965 failed to get much notice.

The lead singer on “Killer Joe”, Albert Maligmat, joined the Society Of Seven in the 1970s where he was billed as “Little Albert” Maligmat. He played drums and electric bass, and was the lead vocalist on one of the group’s biggest hits, “99.8”. He left the group to pursue a solo career but returned for several years in the 1980s. Tony Maligmat died on March 4, 2007 at the age of 62. As of November, 2017, Albert and Eddie were performing in Waikiki at the Hilton Hawaiian Village. But on February 23, 2020, the Honolulu Star-Advertiser let its readers know that Albert’s final performance in Hawaii would be that night. Following his performance, Albert Maligmat retired.

2 responses to “Killer Joe by the Rocky Fellers”