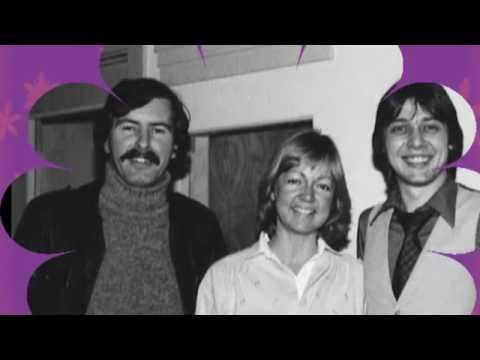 The mid-60s Montreal duo, Cliff Edwards and Anne Ralph, were persuaded to form a group. They added Anne’s sister Jacki Ralph on vocals, drummer Doug Gravelle and keyboard player Gordie McLeod. They named themselves The Five Bells. Shortly afterward Gordie McLeod left the group and Mickey Ottier became the groups drummer. In 1969 they released their first single called “Moody Manitoba Morning”. They continued to play clubs in Canada and landed an 11-week run at the Copacabana in New York. The group shortened their name to The Bells and Anne Ralph left the group, leaving Jackie Ralph as the featured female vocalist and Cliff Edwards the lead male vocalist.

In 1970 pianist Frank Mills joined The Bells and the group released their second single “Fly Little White Dove Fly”. The song was part of a genre of anti-war/peace movement songs finding their way onto AM radio at the time. Other songs at the time included “War” by Edwin Starr, “Lay Down (Candles in the Rain)” by Melanie and “Aquarius/Let The Sunshine In” by the Fifth Dimension. The Bells offered a gentle nudge for radio listeners to move toward one another in love instead of pulling back from each other due to fear or division.

The Bells went on to have a number of hits but none was bigger than “Stay Awhile”, which peaked at #2 in Vancouver, #9 in Australia and #7 on the Billboard Hot 100. At the time they appeared on the Merv Griffin Show. The song was written by Ken Tobias. Their follow up single was “Lady Dawn”. “Lady Dawn” paints a picture of someone wanting to savor different moments of the day and night. The character in the song is wakes up to notice daybreak, bluebirds and morning doves. Through the day they are aware of the changing daylight in the sky. And at night they welcome and enjoy the moonlight. The present-moment awareness of the shifts from morning to afternoon and evening was not something to take for granted. Back in 1971, people had a sense that the modern world was causing them to live more hectic lives. Although there was no voice mail and many households still could get by on one family incomes, this was changing. In 1972, Elton John released his album, Honky Chateau. One of his album tracks was titled “Mona Lisas and Mad Hatters.” The song depicted “sons of bankers, sons of lawyers” who are out of touch with the regular rhythms of the day. In the jobs they perform they can’t see the sky (perhaps working in the middle of an office tower or underground mall, far away from any windows. In such an artificial environment, they “turn around and say good morning to the night” because “they know not if it’s dark outside or light.”

Although some listeners regarded “Lady Dawn” as a bit too precious, the song is a reminder to enjoy discreet experiences in each day. Instead of bounding out of bed, take a moment to enjoy the sunlight across the wall in your bedroom. Unlike the sons of bankers and sons of lawyers in Elton John’s song, the character in “Lady Dawn” has learned to appreciate beauty, perhaps even enjoying a relationship with the bluebirds and morning doves. The lyrics offer both a plausible relationship with things the natural world offers like sunrise and moonbeams. In the song there is a “love” who is mentioned that the singer wants to share the moon with. Although, it is assumed there is a second person, a lover, who they are enjoying this daily movement from daybreak to nightfall, the primary relationship is with these natural elements.

“Lady Dawn” was written by Marty Cooper. He was born in Denver, Colorado. Cooper wrote a song called “Peanut Butter,” a Top 20 hit for The Marathons in 1961. The song was a parody of The Olympics 1959 hit “Hully Gully”. In 1964, Cooper had his song, “Hey Harmonica Man”, recorded by Stevie Wonder. It climbed to #29 on the Billboard Hot 100. Cooper went on to write TV ad jingles for Olympia Beer and Crystal Water.

“Lady Dawn” climbed to #6 on CHWK in Chilliwack and Valleyfield, Quebec, and #7 on CKLG in Vancouver. Elsewhere in Canada it missed the Top Ten. In the USA it made the Top 20 in Honolulu, Columbus (OH) and Buffalo (NY). Subsequently, they charted other songs into the Top 20 in Canada, but failed to sustain much success south of the border. However, both “Sweet Sounds Of Music” and “For Better Or Worse” made the Top 20 in Vancouver.

Frank Mills left the group in 1971 and went on to solo success with “Love Me, Love Me, Love”, “Music Box Dancer” and other hits. The Bells disbanded in 1973. Jackie Ralph moved west to live in North Vancouver. In December 2014, a documentary titled Stay Awhile was shown at the Whistler Film Festival detailing the story of The Bells. Jackie Ralph has been a cancer survivor on three occasions. She has raised over $800,000 for cancer research through her collaboration with other female recording artists on the 1995 album, In Between Dances (Canadian Artists In Aid Of Breast Cancer Research).

One interesting local connection to The Bells is that Jackie Ralph’s youngest sister, Jennifer Ralph, moved to Vancouver as well. In time she married Christopher Gaze, the Artistic Director & Founder of Bard on the Beach Shakespeare Festival.