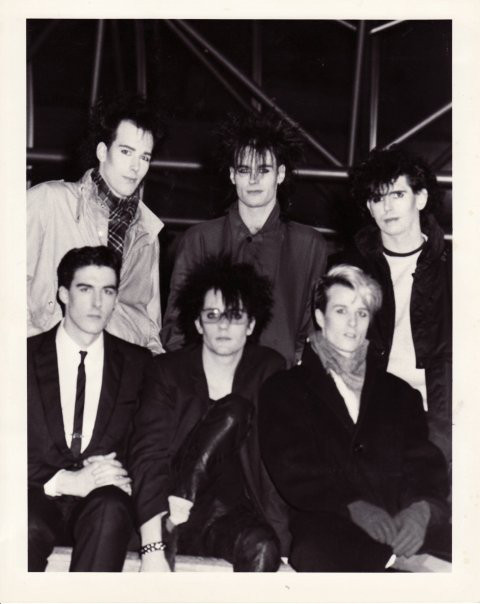 Images In Vogue was formed in April 1981 in Vancouver, by co-founders Gary Smith and Don Gordon. Gordon was a guitarist and Smith played bass guitar. Kevin Crompton played percussion and Joe Vizvary played synthesizers. The band’s manager was Kim Clarke Champniss, later to become a MuchMusic VJ. Images In Vogue began recording new material and sent demos to the UBC college radio station CITR and Co-op Radio in the Downtown East Side. Images In Vogue’s website states that their first concert in Vancouver was on September 26, 1981, at “Electra – Vancouver’s First Fashion Dance.” In October the band began to record their first EP.

A second concert in December 1981 took place at the trendy club, the Luvafair. That winter Kevin Crompton and Gary Smith heard a band at a local club whose vocalist was Dale Martindale. Martindale was a student at Emily Carr College of Fine Art on Vancouver’s Granville Island. In a short time, Dale was invited to become the lead singer for Images In Vogue. Martindale made his first appearance in concert with Images In Vogue at Pharoah’s in Gastown. In May 1982, Images In Vogue were the opening act for Depeche Mode at the Commodore Ballroom on Granville Street.

By the fall of 1982 keyboard player Glen Nelson was added to the band. In October 1982, Images In Vogue released a 5-song EP, Educated Man. The EP made the Alternative Radio Top Ten from December 1982 to February 1983 on CJSR in Edmonton (AB). In the winter of 1982 Images In Vogue recorded “Lust For Love” and a number of other songs. Starting in January 1983 Images In Vogue went on tour as the opening act for Depeche Mode in a Canadian tour. Then in the spring they were the opener for Roxy Music in both Edmonton (AB) and Vancouver (BC). This was followed with a tour where they opened for Bryan Adams across Western Canada.

The outcome of the band touring with Bryan Adams was an invitation to create a music video for “Lust For Love”.

The band’s second single release was “Lust For Love” in 1983. 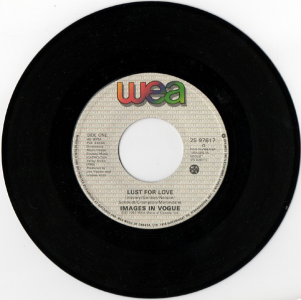 “Lust For Love” was co-written by the bandmates. The song advises a romantic partner to not “mistake my lust for love.” What will be the outcome of this hard truth? Will the romantic partner agree to frolic in bed? Or will they decide that if the other person isn’t serious that they aren’t interested in being sexually involved?

The single was part of a 5-song EP Images In Vogue. It made the Top Ten on the Alternate Record chart in Edmonton (AB) in November 1983. “Lust For Love” peaked at #13 in Vancouver (BC).

Later, “Lust for Love” was featured in an episode of Being Erica entitled “Erica the Vampire Slayer” in which she travels back in time to 2001 to attend a vampire-themed role play party.

In early 1984 Images In Vogue was the opener for Duran Duran in Calgary, Vancouver and Seattle. Subsequently, the band released singles of “Just Like You” and “For Germans”. That year the band won several West Coast Music Awards for Best Album Artwork and Best Video. In the spring of 1984 Don Gordon left Images In Vogue and was replaced by Ed Shaw who recently left Strange Advance. The band had an underwhelming experience recording at singer-songwriter Gary Wright’s studio in Los Angeles.

In November 1984, Images In Vogue released their third EP, Rituals. In addition to sales in Vancouver (BC), it did well in Edmonton (AB) and Toronto. From Rituals the band had a single release with “Call It Love”. The song climbed to #3 on the Top 40 radio market in Guelph (ON) in May 1985. Meanwhile, the band toured across Canada extensively.

Images In Vogue released their first album in 1985 titled In the House. The title track got airplay in a number of radio markets across Canada, including Winnipeg (MB) and Toronto.

Kevin Crompton left Images in Vogue in 1985, indicating that the band was too commercial for his tastes, and concentrated on his side project Skinny Puppy. He was replaced by another former musician from Strange Advance, Derrick Gyles. Next, Images In Vogue relocated to Toronto, and soon after got a Juno Award nomination for Most Promising Group.

Tensions in the group that emerged from extensive touring were a catalyst for the departure of Glen Nelson and Ed Shaw. They were replaced by Tim Welch. The band performed at a concert for 5,000 fans at a stage at Harbourfront in Toronto.

In 1988 Images In Vogue released another single titled “Strangers”. The song got airplay outside Canada, in markets like Garden City, New York. The single was from their album The Spell. However, Images In Vogue’s new record company, Anthem, cancelled a tour across Western Canada. Subsequently, Gary Smith left the band.

The Images In Vogue website states that “On November 30, 2012, Dale, Gary, Glen, Joe, Derrick, Ed and Tim reunited at Toronto’s Revival Bar to perform a seven song set. In the fall of 2013, IIV joined with the Spoons on a short tour of southern Ontario. IIV performed a show in Burlington, Ontario in September 2014.” From concert reviews over the last ten years, Images In Vogue continues to delight fans due to their energetic vocals and musicianship, which hasn’t faded in over thirty years. Images In Vogue have performed in concert in Ontario as recently as November 2019 at the Revival Bar in Toronto.