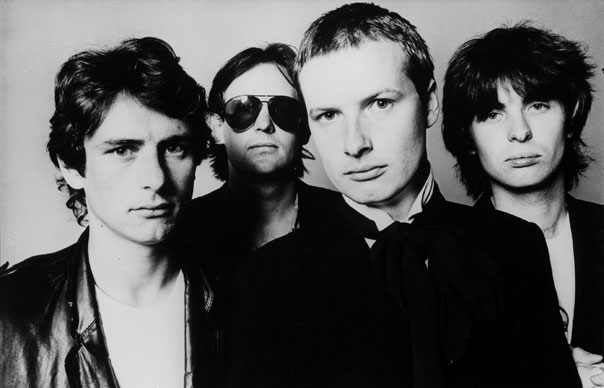 Andy Partridge in a 1981 interview in the Musician lamented, “I don’t know what to think about America. We can only play here and hope. We’re not an American sounding group. We don’t conform to any popular American fantasies – we don’t have any strains in our music that Americans like because it’s their culture or recent past history, such as that country music feel. If I sat down now, I could write the kind of song that Americans like to buy. Not to say they would, but every country loves its own reflection, it’s that narcissistic thing. America likes that romantic, denim cowboy – expensive and cool in their music. Our music is different. We don’t live American life-styles. I want to be successful for what we are. To everyone in England, everybody in America is either John Wayne or Farrah Fawcett. For Americans, every Englishman is Terry Thomas and every woman is the Queen.”

In the fall of 1979 XTC released a single titled “Making Plans For Nigel”. It charted in Vancouver in early 1980. 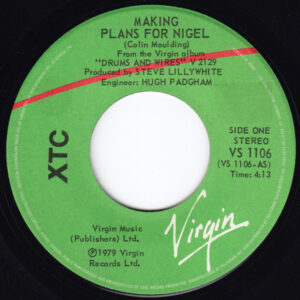 “Making Plans For Nigel” was written by Colin Moulding. The song is about someone called Nigel whose future is being planned by others. The lyrics mention specifically that “he has his future in British Steel…his whole future has been sealed.” In the song Nigel often says “he’s happy,” “likes to speak and he likes to be spoken to.” British Steel was a major producer of steel in Britain from 1967 to 1999. It was merged into the Corus Group in 1999. As a response to the song, British Steel gathered four  Sheffield employees named Nigel to talk about job satisfaction for the trade publication Steel News.

On January 2, 1980, the BBC reported “Steel workers are staging their first national strike for more than fifty years. The shutdown at British Steel Corporation plants across the country is in support of the steelmen’s demand for a 20% pay rise. The management has offered a 6% increase, with tough conditions attached. The steel workers also fear British Steel’s long term plans for profitability may mean the closure of some plants with the loss of thousands of jobs. Today’s walkout has been called by the Iron and Steel Trades Confederation, the biggest steel union. It has 90,000 members among the 150,000 staff employed by British Steel.”

The first 20,000 pressings of the single came in a fold-out cover that created a fully playable gameboard of “Chutes and Ladders” (also known as Snakes and Ladders) adapted to details of Nigel’s “miserable life,” including the purchase of a scooter, job interviews, a holiday in Spain and an engagement to “a very nice girl.” There were two versions of the gameboard, one to be played by Nigel and the other to be played by his parents. 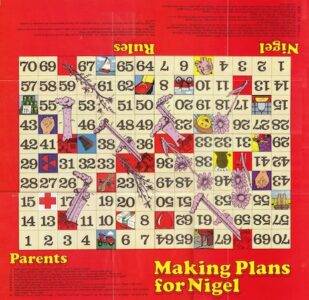 XTC placed advertisements for the game in local London magazines: 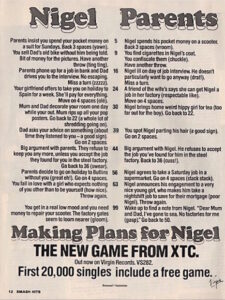 There were cues about what happened when a player landed on a particular spot on the game board. For example if Nigel landed on square 44 a card read “Big argument with parents. They refuse to keep you anymore, unless you accept the job they found for you in the steel factory. Go back to 36.” In 2020 Colin Moulding told the Guardian “Forty years on, the recent steel closures suggest that the song’s as relevant as ever. I’ve had countless Nigels come up to me over the years and say: ‘That song is my life.'” In 1971 the UK steel industry employed 323,000 workers. But by 2019 it had only 31,900 employees.

Colin Moulding, recalling how the song was made told the Guardian “There had been Nigels at my school. The name felt very English. I couldn’t imagine myself in a song about a Graham or Colin. I had the title first, and the rest came very quickly. I finished the whole song in an afternoon. The theme of parents trying to dictate their child’s path in life was something I had experience of. When I was 15 I wanted to be in a band, and had a big battle with my dad over my not staying on in sixth form. In those days you could get expelled for having long hair – and I was! It took five dispiriting years and a lot of dead-end jobs to break into music, so there’s bit of Nigel in myself.”

While “Making Plans For Nigel” was on the pop charts in Vancouver, XTC gave two concerts at the Commodore Ballroom on March 1st and 3rd, 1980.

On October 27, 1980, XTC performed in concert in Vancouver at the Pacific Coliseum.

XTC had several other Top 40 singles in the UK in the early ’80’s. But “Towers of London” and “Sgt. Rock” failed to chart in Vancouver or elsewhere in Canada. However, “Making Plans For Nigel” and “Senses Working Overtime” were both Top Ten hits in Vancouver. Between 1977 and 2005, XTC released 41 singles and 14 albums. In 2006 Andy Partridge and Colin Moulding found they’d drifted apart as a creative team and Partridge told the press that XTC as a band was now “in the past tense.”

2 responses to “Making Plans For Nigel by XTC”