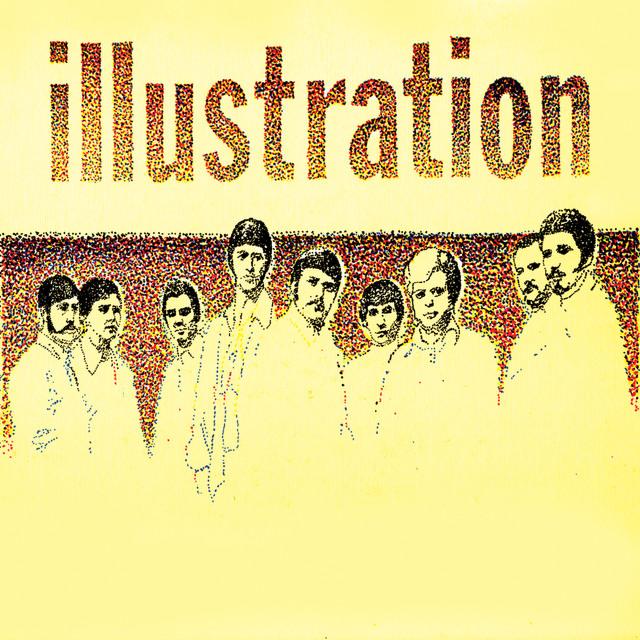 Peak Month: May 1970
6 weeks on Vancouver’s CKLG chart
Peak Position #13
Peak Position on Billboard Hot 100 ~ did not chart
YouTube.com: “Our Love’s A Chain”

The Illustration was a Canadian big band jazz-rock ensemble formed in a similar vein to Blood, Sweat and Tears, Chicago, the Ides of March and Lighthouse. Their horn section led the way giving them a jazz-rock and R&B fusion. Norman Burgess, Donald Sanders and Glenn Higgins played saxophone.  Leo Harinen, Benoit Perreault and Billy Sheill played trumpet. Roger Homefield played trombone, while Bill Ledster provided lead vocals that rivaled David Clayton-Thomas of Blood, Sweat and Tears, and Jim Peterik of the Ides of March. Rounding out the dozen musicians in the band were guitarist Garry Beattie, bassist Richard Terry, drummer Claude Roy and John Ranger on keyboards. The band was from St. Jean-sur-Richelieu, Quebec, and formed at the Fontaine Blue in 1969. They were excellent musicians but suffered from poor management causing their star to fade just as they were about to take off.

Illustration was a fusion of members from several bands. A group called the Dynamics renamed themselves The Phoenix of Ayres Cliff who included Norman Burgess and Richard Terry. Another group called The Jades included in their band Bill Ledster, Claude Roy and John Ranger. The Jades formed a new group called the Sound Syndicate and added Donald Sanders, Glenn Higgins, Leo Harinen, Benoit Perreault, Garry Beattie and Billy Shiell. In 1969 when the Sound Syndicate was playing on evening at Lucifer’s club in Boston a trombonist named Roger Homefield was in the audience. He began to jam with the band and became a new member at the end of the night. Then Cheri St. James, Donald Sanders partner, was added to the group to augment the vocal section. Shortly after Donald Sanders left the group for gigs in Chicago.

By the end of 1969 the group had named themselves Illustration after they performed at the Blue Room Club in St. Petersburg, Florida. Their name change was prompted by their new label, Janus Records, who didn’t like Sound Syndicate as a band name. A debut album was released in 1970 after being recorded at A&R Studios in New York City. When asked about the size of the group by the NY Times, the groups arranger and organist, John Ranger, said “We’re suckers for good musicians. When we heard Billy Shiell playing in a trio on Miami, we didn’t need another trumpet. We already had two by then. But he was so good we couldn’t resist adding him.”

The band’s first single on Janus Records was “The Road” which failed to chart. However, their second single “Upon The Earth“, from their debut album, Illustration, began to chart in early April 1970 making it into the Top 30 in London, Ontario, and Medicine Hat, Alberta. In June 1970 the flipside, “Our Love’s A Chain”, was given attention by a number of radio stations in Canada who had taken a pass on the A-side but liked the B-side. Complain, I’ll never complain Lord,
as long as I hear these words, I love you, truly I do.
All that I want to hear from you, yeah,
is that you love me and you do, yeah.

Love is something that you feel.
You are so real.
Don’t believe me when I say
I never will

Refrain, I’ll never refrain no Lord,
from telling you that I love you, yeah,
Our love’s a chain that will remain, yeah,

“Our Love’s A Chain” was an upbeat tune signaling a recipe for relational bliss: 1) never complain about the other person, 2) be committed to remain, 3) make love the focus and realize that being in a relationship is not a game and 4) not to withhold or refrain from letting your partner know often that you love them.

The song spent six weeks on the Canadian RPM singles chart peaking at #48. It did well in Pointe Claire, Quebec, peaking at #15. But it was on the west coast of British Columbia the song did the best, peaking at #10 in Victoria and #13 in Vancouver.

Overlapping the chart run of “Upon The Earth/Our Love’s A Chain” Illustration shared the stage with some outstanding recording artists. They played at the Newport Hotel in Miami and were the backing band for Tina Turner. Over the course of 1970 Illustration performed variously with Joe Cocker, Miles Davis, Funkadelic and Rod Stewart. They got some great reviews in the press. These included articles in Rolling Stone in June, 1970, by jazz critic for the New York Times, John Wilson, and the Birmingham News (Birmingham, Alabama) music columnist, Dennis Washburn. One curiosity is that the self-titled album, Illustration, featured nine people on the album cover when there were several more members in the band.

Bill Amatneek of Rolling Stone wrote on June 25, 1970, “right now the band to hear is Illustration, a unique and infectious group personality.” Amatneek highlighted the vocals of Bill Ledster and the drumming of Claude Roy. He said of Bill Ledster “the guy… sounds like Tom Jones on his high notes and David Clayton Thomas on his lows, and the uncredited chick singer [Cherri Saint James] is heavily influenced by Janis Joplin and Diana Ross, but they both retain their own identity and sing unpretentiously. The ten musicians are also unusually strong players. They sound as though they have gigged together for a while, and they stay on top of each tune from the first note with snappy, tight playing.” Rolling Stone also commended the bass player for Illustration, Richard Terry.

Despite the good reviews, by 1971 Illustration was plagued with management issues. They had material for a second album, but the center could not hold. Illustration was offered a chance to record music for a French-Canadian film called AprÈs Ski. After the band recorded five songs at the Montreal studios for RCA Victor, they were featured in the soundtrack to the film. However, the band received no credits and things got bogged down in legal matters. Shortly after the band split up.

One response to “Our Love’s a Chain by Illustration”