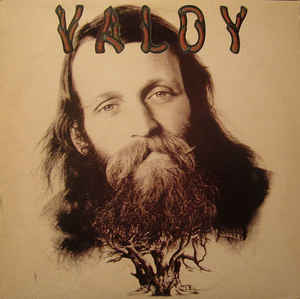 Valdy has sold almost half a million copies of his 15 albums, and is remembered for “Rock and Roll Song.” Valdy is the winner of two Juno Awards for Folk Singer of the Year and Folk Entertainer of the Year, and has received seven additional Juno nominations. Of Canadian folk artists in the mid-1970s, only Gordon Lightfoot was more popular. “Rock And Roll Song” narrates Valdy’s bitter-sweet memory of trying to play laid-back folk songs in the face of an increasingly rambunctious audience at the Aldergrove Rock Festival in the late 60’s. Valdy had been asked by the promoters to sing his staple of songs about freedom, joy, peace and contentment. But the audience was only in the mood for rock and roll. As he left the Aldergrove stage it was to “a chorus of boos.”

His followup single from the album was “A Good Song”. Another charting single on the Top 30 in Vancouver (BC) was “A Simple Life” from his 1973 album, Landscapes.

Valdy continued to release more albums including his 1976 single “Yes I Can”, which made the Top 20 in London (ON). His single in 1980, titled “Easy Money”, climbed into the Top 20 in a number of Canadian Top 40 radio markets.

His live albums include Family Gathering (A&M) recorded at Massey Hall in Toronto for 1974 release, and 2003’s Viva Valdy: Live at Last (Rack-On-Tour). In 1986, Valdy made a special guest appearance as himself in the popular 1980’s Canadian children’s television show, Today’s Special (episode entitled: “trash”). Valdy continues to regularly tour across Canada. His fourteenth studio album, Read Between The Lines, was issued in 2012.

On November 21, 2005, Valdy was awarded the National Achievement Award by SOCAN at the 2005 SOCAN Awards in Toronto. He was appointed a member of the Order of Canada in June 2011. In 2020 Valdy’s website listed fifteen scheduled concerts with “more to come.” These include multiple dates on the west coast of British Columbia, Florida, Ontario, Manitoba and Alberta.

3 responses to “Rock And Roll Song by Valdy”