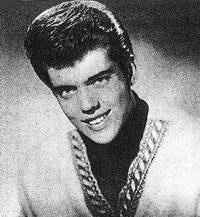 In 1942, Peter Jensen was born in New Haven, Connecticut. From a young age, Pete was a big fan of the singing cowboys, Gene Autry and Roy Rogers. When Pete was sixteen years old, he met Denise Norwood. She was a songwriter who penned “The Garden Of Eden.” This was a hit for Joe Valino. Between the ages of sixteen and nineteen, Jensen collaborated with Denise Norwood. He recorded numbers of her songs at her home studio. In 1959, Colpix Records released Jensen’s recording of “Bonnie Baby”. The tune made the local charts on WHIL Boston. Jensen variously recorded for Leader, Kapp, Hickory and finally White Whale. Jensen could not only sing, but also play the guitar and bass guitar. Though he would release at least sixteen singles between 1959 and 1966, he is remembered in America as a one-hit wonder. But not in Vancouver where he charted three songs on the local pop charts. So I saved up for an old jalopy of my very own,
and you should have seen the chicks come after me.

The songwriters of “School Bus” were Boudleaux and Felice Bryant. Diadorius Boudleaux Bryant and his spouse, Felice Bryant, were an American husband and wife country music and pop songwriting team. Boudleaux Bryant was born in Shellman, Georgia, in 1920. He attended local schools as a child. He trained as a classical violinist. Although he performed with the Atlanta Philharmonic Orchestra during its 1937-38 season, he had more interest in country “fiddling.” He joined Hank Penny and his Radio Cowboys, an Atlanta-based western music band.

The Bryants wrote a succession of hits for the Everly Brothers including “Bye Bye Love”, “Want Up Little Susie”. “Bird Dog”, “Devoted To You” and “All I Have To Do Is Dream”. They wrote “She Wears My Ring”, a hit for Jimmy Bell in Vancouver in 1961. Other songs they penned included “Raining In My Heart” for Buddy Holly, “Love Hurts” for Roy Orbison (and later Nazareth) and the lyrics for “Last Date”, by Skeeter Davis, which Floyd Cramer later recorded as a #1 instrumental hit. “School Bus” was one of the songs Boudleaux Bryant wrote independent of his concurrent successes as a songwriting duo. “School Bus” was offered to Kris Jensen who recorded it as his second single, after switching from Colpix Records to the Leader label in 1960. The song climbed to #16 in Vancouver making it a hit almost entirely unique across North America. The exception was on WIBG in the City of Brotherly Love, where Philadelphia’s answer to Vancouver’s Red Robinson was Joe Niagra. Between 1947 and 1957 Niagara had the highest ratings of any DJ in Philly. His motto in introducing new discs was “if you’re ready this rocking bird will fly.” He gave “School Bus” a spin on his radio show and it made it onto the WIBG Top 99.

Kris Jensen’s tale of finally getting a girl to go steady with him after getting his own jalopy, an unpretentious automobile, sent Vancouver radio listener’s to Kelly’s Record Store to get a copy of “School Bus.”

The forerunner to the modern school bus was an invention in 1886 of the “school hacks” in Indiana. Inventor, Wayne Works, made horse-drawn carriages for rural children in the state to get to the nearest one-house school. In 1914, the carriages were motorized. But they didn’t have protection from the weather. In 1927, a Ford dealership owner named A.L. Luce, invented the first steel framed school bus. In 1930, Wayne Works improved on Luce’s innovation, introducing the first bus with both a steel frame and safety glass windows. But there were still safety concerns. In 1939, a national conference at the University of Manhattan mandated regulations for seating in the school buses. No longer would children sit in benches against the walls of the school bus while facing inward. Instead, children would sit in rows with an aisle down the middle of the school bus.

Besides Vancouver, Kris Jensen’s “School Bus” seemed to get little airplay in the USA. It did chart in Philadelphia and Weldon, North Carolina. But beyond those radio markets there is little indication the song got much traction. I wonder what kind of promotion Jensen got from Leader Records? Jensen also recorded “Your Daddy Don’t Like Me” on Leader, as a followup to “School Bus”.

Afterwards, Jensen switched labels again to Kapp Records. He released a song dedicated to the the hairstyle of the current First Lady of the White House, “The Jackie Look”. It made it into the Top 20 in Tampa, Florida, in June ’61. Concurrently, Jensen released a great summer-themed tune, “3 Vanilla, 2 Chocolate, 1 Pistachio Ice”. It became a Top 20 hit in Ohio, Pennsylvania and upstate New York in July ’61. The tune was co-written by Lee Pockriss and Fred Tobias. Pockriss had written “Itsy Bitsy Teenie Weenie Yellow Polka Dot Bikini”, a #1 hit for Brian Hyland. And Fred Tobias had penned “Good Timin'” for Jimmy Jones. Both were big hits in 1960. But with the help of these songwriters, Jensen didn’t get the big break he was hoping for. He was having a string of singles that were making it onto the pop charts, but only on a few local radio markets at a time. Jensen also recorded a version of “Come Back To Me My Love.” This happened to be a hit in Vancouver for Mark Dinning, also in the fall of 1960.

Wesley Rose, a Nashville music publisher heard a demo album that Denise Norwood was hoping would get picked up by a record label. It was Wesley Rose who made connections for Kris Jensen to get introduced to the staff at Hickory Records. Kris’ first release on Hickory, “Torture”, was a smash. It was a hypnotic tune. Jensen had a vocal that many listeners mistook for a new Elvis Presley record. “Torture” was Jensen’s biggest hit, peaking at #3 in Vancouver in 1962, and #20 in the USA.

His follow-up release hoped to build on his name recognition from “Torture”. But though “Don’t Take Her From Me” was a Top 50 hit on Vancouver’s 1410 CFUN in January 1963, it failed to chart elsewhere. The song is mostly of interest as it was written by Bob Montgomery who latter penned “Misty Blue” for Dorothy Moore in 1976. Montgomery also wrote “Back In Baby’s Arms” for Patsy Cline, and “Heartbeat” for Buddy Holly. Montgomery also produced “Honey” for Bobby Goldsboro.

According to Wayne Jancik in his book, One Hit Wonders, on November 22, 1963, Kris Jensen was on route to appear on the Buddy Dean TV Show in Baltimore. Jensen sensed he had “the hottest record of his career in his hands, “Big As I Can Dream”. The song was also penned by Bob Montgomery, who had written Jensen’s follow up release after “Torture”. Montgomery was also one-time singing and recording partner of Buddy Holly prior to Holly joining The Crickets in 1957. “En route to the TV studio, we heard a bulletin on the radio that President Kennedy was shot in Dallas,” Jenson recalls. “By the time we got to the station, the Buddy Dean show was cancelled for the day in order to cover the assassination. That was the last anyone heard of the record.” “Big As I Can Dream” climbed to #8 in Manchester, New Hampshire, but that was all. Jensen had a regional hit in the Peace River Country in northern Alberta in January ’64 where “Donna Donna” went to #12 at CFGP in Grande Prairie.

His final appearance on the pop charts was a regional Top 20 hit in Washington D.C. in the fall of 1966 called “Who Likes Good Pop Music”. He covered Kris Kristofferson’s “Me and Bobby McGee” in 1969, before Janis Joplin or Gordon Lightfoot. The single release followed the same pattern of most of his recordings, it failed to get much attention. It would be Jensen’s last recording.

Kris Jensen, at least online, has become a true disappearing act. Since he faded from the recording industry in the late 1960s, he has seemingly left no trace for nearly fifty years. However, on June 25 and again on June 26, 2018, I received two emails from John F. Kulas. He wrote me after reading this article to let me know Kris Jensen is “alive and well and also my neighbor in Santa Monica, California.” He adds that on Kris Jensen’s recording of “No One Really Cares”, Roy Orbison was singing the high notes at the end of the track. This was one of the tracks on Kris Jensen’s only album, Torture. Jensen toured with Roy Orbison as well. Kulas writes, “Chet Atkins played on several of his records, and Kris was backed by the Anita Kerr Singers as well. Kris was friends with Johnny Horton and Bobby Goldsboro, among others. After moving to Los Angeles, he did A&R work for Snuff Garrett and says he suggested Cher record “Gypsies, Tramps, and Thieves”.

One response to “School Bus by Kris Jensen”