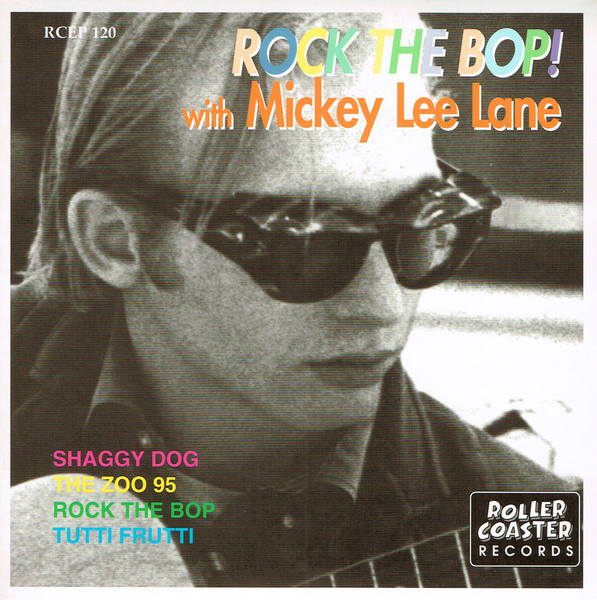 Sholom Mayer Schreiber was born in Rochester in 1941. He got a job in the Brill Building, located at 1619 Broadway on 49th Street in the New York City borough of Manhattan. As a songwriter in the late 1950s, Schreiber worked with Neil Sedaka as a touring pianist, and in the fading career of Bill Haley as a songwriter. In 1958, Schreiber recorded a song titled “Toasted Love” credited to Mickey and Shonnie Lane the Bright and Early Kids. “Singing together, Mickey and Shonnie sounded like the Everly Brothers, they danced great together and they had a great look,” said Bernie, who added that a 1959 movie deal with Warner Bros. put together by their manager Kay Twomey fell through when the siblings declined to move to California. Shonnie died in 1987. In 1959, billing himself as Mickey Lane, his song “It’s Love” was recorded by the Adrissi Brothers. According to AllMusic.com, Mickey Lee Lane also “floated around as a member of the Bell Notes” of “I’ve Had It” Top Ten hit fame in 1959. In 1960 he released a tune titled “Dum Dee Dee Dum” credited to Mickey Lane. It charted in Syracuse (NY) and Los Angeles. In 1962, his song “Baby (I Wanna Be Loved)” was recorded by Solomon Burke.

Lane’s brother, Bernie, recalls Sholom Mayer Schreiber (aka Mickey Lee Lane) played in many Manhattan and Brooklyn clubs and became a top society musician. He performed with some of the top bands and orchestras of the time. This included in the White House and before society’s who’s who: the Kennedys, Rockefellers, Roosevelts and the DuPonts. “Mickey was the rock and roll soloist (playing guitar) — leading the rocking sets for those ‘twisting’ crowds,” Bernie said. “Mickey was in hot demand. And in his prime, no one was better than Mickey.”

In the early 1960s, Schreiber toured with Dick Clark of “American Bandstand” fame and performed with many of that era’s hit makers, including Neil Sedaka, Roy Orbison, the Four Seasons, Randy and the Rainbows and the Chants from Hicksville. As a 22-year-old, Schreiber snagged an apprentice day gig as a recording engineer at the Dick Charles Recording Studio in Manhattan in 1963. The knowledge he gained at this studio that was known for its warm sound helped Schreiber engineer his own recording sessions.

In 1964 he released a single titled “Shaggy Dog” credited to Mickey Lee Lane. 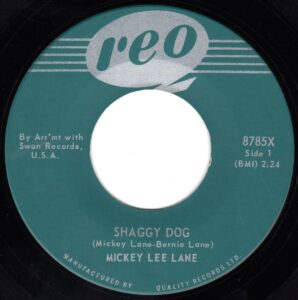 “Shaggy Dog” was written by Mickey Lane and his brother Bernie Lane (born Bernard Schreiber). The song is a riff on dance crazes and almost a parody of the genre. Lane invites listeners to do the bird, the dog, the shake, the bop, and the stomp. In the frenzy of doing all these dances, he sings “I said ya-ya-yaga, yaga-boom, chick-a-ga-ga.” He continues: “Now you stomp, flip flop and you shake your mop, like the frog and the log, and the shaggy dog.”

A band called the Trashmen had a song titled “Surfin’ Bird” which began “Everybody’s heard about the bird. Bird, bird, bird, bird is a word.” Georgie Fame recorded a song titled “Do The Dog”. The steps to the dance began with each dancers feet slightly apart. Next, crouch down with arms bent and fists clenched. Next, move your body and arms backward and forward with the beat. Finally, jerk your clenched fists over shoulders alternately, similar to Hitch Hike movement, and jump to the left or right.

Sam Cooke recorded “Shake”, which was his first posthumous hit in the winter of 1964-65. The Shake was an individualistic dance. There were no steps. People dancing The Shake had their legs trembling, arms arbitrarily gesticulating and head shaking. No partner was necessary. It was part of the “mod” subculture. It evolved from the blue beat style and was danced under the loud and hypnotic R&B music. Frances Rust cites a description by a contemporary who mentioned “feeling like being very drunk” under in influence of the ostinato beat of the electric guitar, as an anecdotal support for research of the influence of music on central nervous system.

The Bop was derived from the jitterbug. It was mainly eight counts with a hip-twisting, body swaying, double rhythm style. The basic step is done in open position, Follower mainly staying in front of the Leader: Originally: “Tap-Step—Walk-Walk—Tap-Step—Walk-Walk (or Rock-Step)” – swaying from his left to right. While The Stomp was a dance craze that involved a lot of stomping of feet. In Australia it was banned in many places out of concern that dancers would ruin dance floors.

Lane’s followup singles in 1965, “Hey-Sah-Lo-Ney” and “The Zoo”, did not chart on the Billboard Hot 100. However, “Hey-Sah-Lo-Ney” peaked at #13 for two weeks in Vancouver in September ’65. In 1969, Mickey Lee Lane recorded a cover of the Little Richard R&B classic “Tutti Frutti”. Lane also recorded “She Cried to Me,” which resembled the Shangri-Las, but sung from a male point of view.

Though he didn’t gain the tremendous fame and notoriety of many of his contemporaries, Schreiber did spearhead New York’s new “Jewish Rock,” according to Bernie. “Mickey took Jewish standard songs and melodies and incorporated rock and roll riffs, grooves and band beats to wow the crowds,” said Bernie, who noted that many of today’s Jewish band leaders learned how to play this music from Sholom Mayer Schreiber.

Lane continued working as a recording engineer from the late 1960s into the 1990s. He became head engineer at Kama Sutra Records. Toward the end of the century, a compilation disc entitled Rockin’ On…And Beyond was released, which featured both his previous singles and unreleased material.