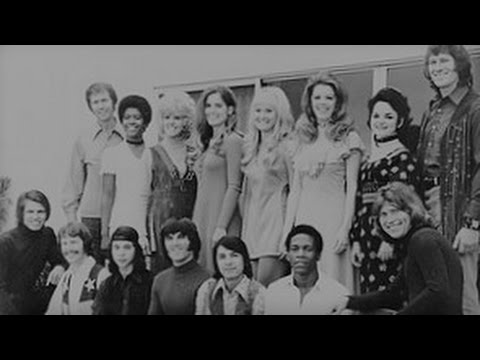 #952: Softly Whispering I Love You by The English Congregation

Roger John Reginald Greenaway was born in 1938 and Roger Frederick Cook was born in 1940. Both were born in a suburb of Bristol, England. Roger Greenaway was one of the founding members of a close harmony group called The Kestrels, who formed in 1955. The group provided backing vocals for recording artists Billy Fury, Eden Kane, Lonnie Donegan and singer/comedian Benny Hill. Roger Cook joined The Kestrels in 1964. It was when Greenaway and Cook got to know each other as members of The Kestrels they glimpsed a creative fusion they wanted to pursue. In 1965 the pair co-wrote “You’ve Got Your Troubles“, which became a Top Ten intentional hit for The Fortunes. Between 1965 and 1967 the pair billed themselves as David and Jonathan, after two characters in the Hebrew scriptures who had name recognition in the wider culture. As David and Jonathan they recorded a cover version of The Beatles song, “Michelle”, followed by a song they wrote titled “Lovers of the World Unite”.

Sometimes in collaboration with other songwriters, Cook and Greenaway co-wrote numbers of other pop hits. These include “Green Grass” by Gary Lewis & The Playboys, “I Was Kaiser Bill’s Batman” by Whistling Jack Smith and “Long Cool Woman (In A Black Dress)” by The Hollies.

In 1970, the songwriting duo of Cook–Greenaway collaborated to write a song called “True Love and Apple Pie”, recorded by Susan Shirley. The song was then rewritten by Cook and Greenaway, along with Bill Backer and Billy Davis, two ad men for Coca-Cola. The result was a catchy tune revised as a Coca-Cola commercial which aired through 1970-71. The line, “I’d like to buy the world a Coke and keep it company,” became an ear worm for many TV viewers and radio listeners that year. The popularity of the commercial led to it being reworked and titled “I’d Like To Teach The World To Sing”. It was recorded by The New Seekers and became a #1 hit in the UK and Vancouver (and #7 in the USA) in 1972.

Cook and Greenaway also co-wrote two songs in the early 70’s for the Canadian band, Ocean, “We Got A Dream” and “One More Chance”. In 1970 Roger Greenaway collaborated with English singer, Tony Burrows, to form a one-hit-wonder duo they named The Pipkins. The duo reached the Top Ten internationally with a novelty tune in 1970 titled “Gimmie Dat Ding“. That same year, Greenaway was temporarily a member of the Brotherhood of Man. That group charted a Top 20 hit internationally titled “United We Stand.” And in 1970 Cook and Greenaway co-wrote a song that would go on to be in the Top 100 for the year in both the UK, the USA and in Canada titled “My Baby Loves Lovin’” by The White Plains. That song went to #1 in Vancouver, though it only peaked at #13 on the Billboard Hot 100.

A subsequent project Cook and Greenaway embarked on was to do a cover version of their own Top 20 hit in Australia in 1967, “Softly Whispering I Love You“, which they’d recorded as David and Jonathan. At the end of 1971 Cook and Greenaway formed a pop ensemble in England titled The Congregation. The Congregation changed their name to The English Congregation on their releases in the United States to avoid confusion with the Mike Curb Congregation, who also recorded “Softly Whispering I Love You”. Consequently, their recording was also credited in Canada as The English Congregation. The song was originally a hit for Roger Cook and Roger Greenaway when they recorded it as David and Jonathan and had a Top 20 hit with the tune in 1967 in Australia. For The Congreation “Softly Whispering I Love You”, climbed to #4 on the official UK Singles Chart. Billed as The English Congregation in North America, the song peaked at #29 on the Billboard Hot 100. And internationally, the song peaked at #1 in New Zealand and South Africa and #10 in Germany. The English Congregation’s lead singer was Brian Keith. Keith was a singer with the one-hit-wonder group, Plastic Penny, who had a #6 song on the UK charts in 1968 titled “Everything I Am”. Keith later became a session musician producing recordings for the Swedish group, Peaches, in 2001.

“Softly Whispering I Love You,” is a song about the rapture of being in love and infused with the presence of ones’ lover. The lover is in this persons’ dreams and the sound of their voice echoes in their ear. Intoxicated by their kiss, their embrace, their scent, the warmth of their face, the singer senses in every way that when they are told by their lover, “I love you,” that is exactly the case. In the song the female chorus offers a soft, receptive introduction to the lyrics. Brian Keith’s solo in the second verse provides a strong and bold contrast.

The liner notes for the album state “Congregation – a musical wall of sound for massed choirs, rough vocal voice and jangular guitar. A fairly original conception dreamed up by AIR producer John Burgess, stemming from a track that wasn’t quite right at the first session…. Burgess got the idea of adding ninety voices – it sounded fantastic – straight, classical and clear – clearly not a pop chart contender until the diametrically opposite sounds of Brian Keith’s full coarse voice to strengthen the melody, plus sizzling tones of Alan Parker’s guitar work gave “Softly” that magic touch.” The liner notes also acknowledge 14 members of the massed choir who provided vocal leadership in the recording. These include Chrysanthe Greda, Susan Demetriou, Wendy Gough, Wendy Williams, Deborah Robinson, Lynne Keatinge and June Garner. Whatever happened to these choristers is a mystery.

“Softly Whispering I Love You” peaked at #3 in Vancouver and Chicago, #7 in Denver and #8 in Boston. (Paul Young covered the song in 1990 and had a Top 30 hit with the tune in the UK that year).

Meanwhile, Cook and Greenaway wrote another tune called “Long Cool Woman (In A Black Dress)” which was a Top Ten hit for The Hollies in the spring of 1972.

After “Softly Whispering I Love You”, The English Congregation released “Lovers Of The World Unite”, another cover of a David and Jonathan hit from 1966, as a follow-up. The English Congregation version of the tune was a commercial failure. Another release, “Jesahel”, was a Top 20 hit in the summer of 1972 in Chicago, but saw little sales elsewhere. The song, written by Brian Keith, was later covered by Shirley Bassey.

Cook and Greenaway penned a #1 hit in Vancouver in February 1977 titled “Jeans On” by David Dundas. Though the song only peaked at #17 in the USA, it stayed on the Billboard Hot 100 long enough to become the #73 song of 1977.

Roger Cook moved to Nashville in 1975 and has been a successful songwriter there over the decades. Meanwhile, back in the UK, Roger Greenaway took an increasing role in business administration. In 1983 he became Chairman of the Performing Rights Society. Then, in 1995, Greenaway was named head of the European branch of the American Society of Composers, Authors and Publishers (ASCAP). Over the decades Greenaway also wrote numbers of TV and radio commercials, including for Allied Carpets, supermarket retailer Asda Stores and British Gas.

In 1997, Roger Cook became the first British songwriter to enter the Nashville Songwriters Hall of Fame. As of 2017 Cook is the only songwriter from the UK to received this honor. In 1998 Roger Greenaway was awarded the Order of the British Empire for his service to the music industry.

As for Brian Keith, who gave the solo in The English Congregation’s version of “Softly Whispering I Love You”, he ended up being cast as Annas in the Jesus Christ Superstar concept album. This was when the musical, Jesus Christ Superstar, was heading to Broadway. Another member of The English Congregation was Victor Brox. He went on to become the original Caiaphas, the High Priest, on the concept album.