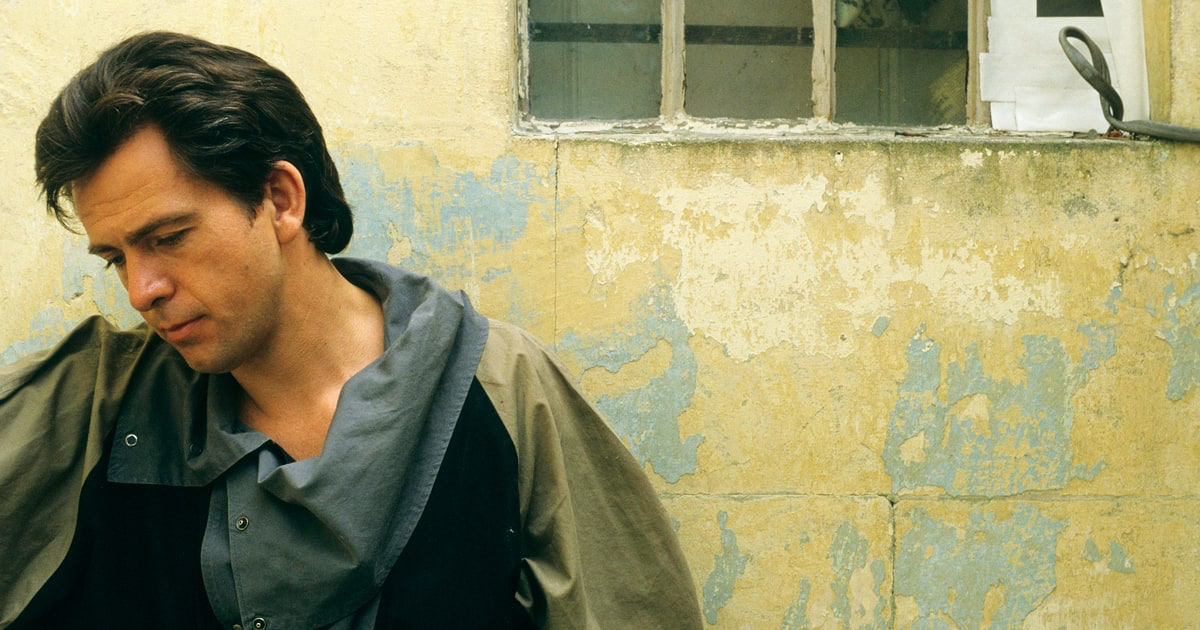 Peter Brian Gabriel was born in 1950 in Surrey, UK. He learned to play piano and drums in his childhood.  In 1965, at the age of 15, Gabriel became part of a trio rock band called Garden Wall. The bandmates were all from the Charterhouse School, a public school in Surrey housed in a Carthusian monastery. In 1967 Garden Wall merged with two members of another band from the same school to form Genesis. The new band sought fellow school alumnus, pop singer Jonathan King, to be their producer. King got Genesis a record deal with Decca Records. But the band’s first album, Genesis to Revelation, was stocked in the ‘Religious’ record section of most stores given the title. Consequently, it sold only in the hundreds of copies.

One of the other original members of Genesis also earlier with Garden Wall was Anthony “Tony” George Banks. Tony Banks was born in 1950 in East Sussex, UK. Banks learned to play piano in his childhood and picked up guitar in his teens. A third member of Genesis was Michael John Cloete Crawford Rutherford. Born in 1950, he learned guitar at the age of eight. By 1965 he formed a band at the Charterhouse School named Anon. When Anon split up in 1967, Mike Rutherford helped form Genesis.

Poor sales from album and single releases in 1967-69 caused Genesis to go on hiatus. Bandmates pursued studies. Genesis went through several lineup changes and after releasing their second album in 1970, a more permanent lineup was achieved with Gabriel, Banks and Rutherford welcoming drummer and percussionist Phil Collins and guitarist Steve Hackett. In 1973 Genesis had their first Top Ten selling album, Selling England by the Pound, which peaked at #3 in the UK and #4 in Italy. But by 1975 Peter Gabriel left the band for a solo career, and Phil Collins became the frontman. Genesis went on to have international success as a progressive rock band. From 1978 with “Follow You Follow Me”, they enjoyed repeated visits to the Top Ten singles charts in many countries. Among their hits were “No Reply At All”, “Misunderstanding”, “Man On The Corner”, “Paperlate”, “Invisible Touch”, “In Too Deep”, “Land Of Confusion” and more.

Meanwhile, Peter Gabriel had a Top 20 hit on the UK singles charts in 1977 with “Solsbury Hill”. In 1980 Gabriel had a #3 hit in Vancouver (BC) titled “Games Without Frontiers”, which also landed at #4 on the UK Singles chart. In 1981 Peter Gabriel released “Biko”, an anti-apartheid eulogy protesting the death of South African Black Consciousness activist Stephen Biko. The song was banned in South Africa. In 1985 Gabriel contributed the song “No More Apartheid” to the Sun City Artists United Against Apartheid album.

In 1982 he released the album Peter Gabriel IV. A single from the album titled “Shock The Monkey” peaked at #1 in Winnipeg (MB), #2 in Toronto, #3 in Ottawa (ON), #6 in Hamilton (ON), #9 in Montreal and #10 in San Francisco. The single didn’t chart in Vancouver, and stalled at #29 on the Billboard Hot 100. However, “Shock The Monkey” earned Peter Gabriel a Grammy Award nomination for Best Rock Vocal Performance, Male.

On August 9, 1983, Peter Gabriel opened for David Bowie in concert at BC Place Stadium in Vancouver. In 1985 the film Birdy was released with the soundtrack composed by Peter Gabriel.

In 1986 Peter Gabriel released his So album. The debut single was “Sledgehammer”. It soon became a Top Ten international hit, peaking at #1 in Canada and the USA. The song won nine MTV Awards in 1987. A duet from the album with Kate Bush titled “Don’t Give Up” was a Top Ten hit in the UK, Ireland, the Netherlands and Australia. Other singles from the album included “Big Time” and “In Your Eyes”. The latter track was included in the 1989 comedy-teen drama Say Anything.

In 1988 the soundtrack for the film Passion: The Last Temptation of Christ was released together with the film The Last Temptation of Christ. Gabriel received a nomination for Best Original Score at the Golden Globes. While the Grammy Awards in 1990 gave Peter Gabriel an award for Best New Age Album for Passion. Peter Gabriel also had numbers of his songs featured on episodes of Miami Vice.

In 1992 Peter Gabriel released his sixth studio album titled Us. The first single from the album was “Digging The Dirt”. His second single release was “Steam”.

Gabriel has said that “Steam” is about a relationship in which the woman is sophisticated, bright, cultured, and knows everything about anything while the man knows nothing about anything. However, he does know about the woman, and she does not know much about herself.

“Steam” peaked at #5 in Vancouver (BC) and Lancaster (PA) and #10 in Lebanon (PA). “Steam” peaked in the Top Ten in Canada, Iceland, Ireland, New Zealand and Portugal. But it stalled on the Billboard Hot 100 at #32. In 1994 “Steam” won Peter Gabriel a Grammy Award for Best Music Video and a Grammy nomination for Best Solo Rock Vocal Performance. As well “Steam” earned two MTV Video Music Awards in 1993 for Best Visual Effects and Best Editing. Gabriel was also nominated at that event for Best Male Video. Meanwhile, Us earned Peter Gabriel a Grammy Award nomination for Best Pop Vocal Performance, Male; and “Digging The Dirt” earned him three Grammy Award nominations, from which he won in the Best Music Video Short Form category.

In 1996 Peter Gabriel a Grammy Award for Best Music Video Long Form for Secret World Live. This was for a film made about one of his 1993 concerts.

Since early ’90s, Peter Gabriel has not had any notable hit singles on the pop charts. Over the years Peter Gabriel has contributed tracks to more films including the soundtrack to Long Walk Home: Rabbit-Proof Fence, Against All Odds, Philadelphia, Strange Days, WALL-E, Natural Born Killers, Gremlins, Babe: Pig in the City, The Wild Thornberrys Movie and Snowden. From WALL-E, Peter Gabriel won two Grammy Awards: Best Instrumental Arrangement, and Best Song Written Specifically for a Motion Picture or Television. In 2017 Gabriel received a Grammy Award nomination for Best Song Written Specifically for a Motion Picture or Television for “The Veil” in Snowden. The Oliver Stone movie was about the CIA whistleblower Edward Snowden, who released classified information about massive surveillance conducted by the National Security Agency (USA).

In 2006 Peter Gabriel was awarded the Man of Peace award by the Nobel Peace Laureates for his humanitarian work. He’s released six live albums and nine studio albums. Peter Gabriel’s most recent album, Growing Up Live, was released in 2019. In the summer of 2016, Peter Gabriel and Sting toured the USA and performed in Toronto, Calgary and Edmonton (AB).