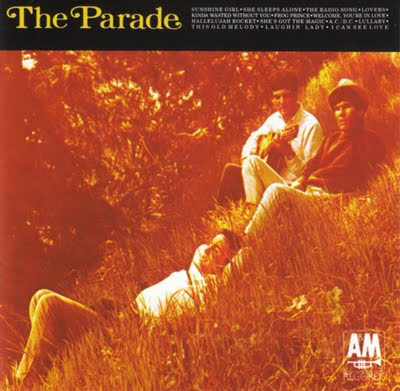 Jerry Riopelle was born in Detroit in 1941, and raised in Tampa, Florida. He moved to Los Angeles after he graduated from high school. And he played drums for the Hollywood Argyles. He became a staff writer for Screen Gems. He was subsequently hired by Phil Spector as both a staff writer and producer. A number of the songs he wrote, and others he produced, made the Billboard Hot 100. He wrote songs that were recorded by Herb Alpert, the American Breed, Joan Baez, Brewer & Shipley, Rita Coolidge, Kenny Loggins, Meat Loaf, Leon Russell, Shango, John Travolta and the We Five. Riopelle also composed songs for both film and television. He produced a record titled “Home Of The Brave” for Bonnie & The Treasures in 1965 which peaked at #77 on the Billboard Hot 100. The song was also recorded by Jody Miller whose version was a Top Ten hit in Vancouver (BC). In 1966 he also produced a Top 40 hit for April Stevens and Nino Tempo titled “All Strung Out”.

Riopelle formed a sunshine pop band in 1967 named The Parade. A second member of the group was Murray MacLeod, who was an actor in Hollywood. MacLeod was born in Chicago in 1940. A third member of the group was Allen “Smokey” Roberds, who was another actor in Hollywood. In November 1965 Roberds contributed as a writer for an episode of Shindig! In 1966 MacLeod and Roberds got a record deal with Epic Records billed as a duo named Ian and Murray. They released several folk songs in 1966 and early 1967.

Riopelle, MacLeod and Roberds co-wrote a song titled “Sunshine Girl” and A&M released the single at the beginning of March, 1967. This included a pressing of 600 copies that were in stereo for the emerging FM stations. “Sunshine Girl” is a song about a couple experiencing intimacy: “Finally made contact, she touched my soul and I, felt the full impact and the night stood still…” The lyrics next tell us that they kiss each other with their eyes, pour wine and she tells him her story, while they light a fire in the fireplace. The next line is the Doors-esque “We lit a fire that wants to grow higher.” The Doors recorded “Light My Fire” in August 1966 and it appeared on their self-titled debut album in January 1967. I don’t know that any of the members in The Parade bought a copy of The Doors and made note of the lyrics in “Light My Fire”. The rhyme of “fire” and “higher” may just be a coincidence, and fits with the scene set in “Sunshine Girl”. “Light My Fire” was released as a single in April 1967, while “Sunshine Girl” had already been climbing the pop charts in various radio markets since mid-March. In any event, The Doors never suggested that “Sunshine Girl” was riffing off of their summer 1967 hit.

“Sunshine Girl” is a good example of the Sunshine Pop genre. With its lush harmonies and images of beauty and freedom ~ “I took her hand and ran through the morning” ~ the song provided an idyllic world to escape from the turmoil of the six o’clock news about the Vietnam War, assassinations of President John F. Kennedy, Robert F. Kennedy and Rev. Dr. Martin Luther King Jr., civil unrest and racial prejudice on nightly display. Other songs that are examples of Sunshine Pop include “Sunday Will Never Be The Same” by Spanky & Our Gang, “Happy” by The Sunshine Company, “I Got Rhythm” by The Happening, “The Rain, The Park & Other Things” by the Cowsills, “59th Street Bridge Song” by Harper’s Bizarre, “Live” by the Merry-Go-Round, “Windy” by The Association, “Yellow Balloon” by the Yellow Balloon, “Let’s Live For Today” by The Grass Roots, “Up, Up And Away” by The Fifth Dimension, “Kind Of A Drag” by The Buckinghams, “Will You Be Staying After Sunday” by the Peppermint Rainbow, and “Twelve Thirty” by The Mamas and the Papas and “I Can Hear Music” by the Beach Boys. The Mamas and the Papas and the Beach Boys provided a template for the lesser known Sunshine Pop groups to create sunny-themed tunes for radio listeners in the turbulent sixties.

The Parade’s followed up “Sunshine Girl” with “She’s Got the Magic”. But aside from its Top Ten chart run in Midland, Texas, the single was a commercial failure. Another release, “Frog Prince”, also got no traction. Their fourth single release, “Radio Song”, managed to languish below the Billboard Hot 100 where it stalled at #127. Similarly, the Parade’s fifth and sixth singles, “She Sleeps Alone” and “Hallelujah Rocket” failed to catch on. As a subsequent hit eluded them, the group split up.

Jerry Riopelle went on to a successful solo career. Roberds also later performed under the name Freddie Allen, and in 1970 recorded the Paul Williams tune “We’ve Only Just Begun”. Soon after it became a hit for The Carpenters.

In 1968 Smokey Roberds appeared as one of the chimpanzees in Planet of the Apes. He appeared as a member of a gang in the 1971 crime film The Day of the Wolves. And in the 1972 film The Proud and Damned, Roberds played an ex-Confederate soldier fighting in a civil war south of the American border around 1870. He played opposite Chuck Connors and Cesar Romero, and also contributed music for the soundtrack. In 1997 Roberds contributed as a writer for the TV documentary Hey, Hey We’re The Monkees.

Murray MacLeod appeared on a number of episodes on Hawaii Five-O and Kung Fu, and also in one episode of The Incredible Hulk in 1981. MacLeod composed music for Stingray (1978), and appeared as an FBI agent in Borderline (1980).

Between 1971 and 1999 Jerry Riopelle released six studio albums. He lived in Phoenix and developed a solid fan base. In 2005, the mayor of Phoenix, Arizona, Phil Gordon, proclaimed December 31st ‘Jerry Riopelle Day’ in the city. He died of cancer at age 77 in December 2018.

One response to “Sunshine Girl by The Parade”