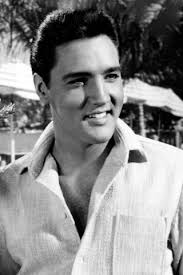 “Suspicion” was written by Mort Shuman and Doc Pomus. Shuman, was born in Brooklyn in 1938 of Polish, Jewish immigrants. Together with Doc Pomus, Shuman wrote many hits in the early rock ‘n roll era including “A Teenager in Love” for Dion and the Belmonts, “Turn Me Loose” for Fabian, “This Magic Moment” for Jay & The Americans, “Save The Last Dance For Me” and “Sweets For My Sweet” for The Drifters,  “Go Jimmy Go” for Jimmy Clanton, “Hushabye” for the Mystics, “A Mess Of The Blues”, “Surrender”, “(Marie’s the Name) His Latest Flame”, “Little Sister” and “Viva Las Vegas” for Elvis Presley, “Little Children” for Billy J. Kramer and The Dakotas, and Andy Williams 1963 hit “Can’t Get Used to Losing You”. Shuman produced the Off-Broadway musical, Jacques Brel Is Alive and Well and Living in Paris, which began it’s four year run in Manhattan in 1968. Shuman went on to write numerous songs in french and lived in France.

Jerome Solon Felder was born in Brooklyn in 1925. He contracted polio and walked with crutches in his youth. He eventually spent much of his adult life in a wheelchair. Felder wanted to become a blues singer and billed himself as Doc Pomus because he liked it better than Jerome Felder. He wrote magazine articles for R&B recording stars. He began songwriting and wrote “Lonely Avenue” for Ray Charles in 1956. Pomus had a big break when he co-wrote “Young Blood” for the Coasters, together with Jerry Leiber and Mike Stoller. The single climbed to #8 on the Billboard pop chart in 1957. In addition to the songs mentioned above that Doc Pomus co-wrote with Mort Shuman, he also wrote “She’s Not You” for Elvis Presley and “Don’t Try To Change Me” for the Crickets.

“Suspicion” is a song about suspicion in a romantic dating relationship. The narrator is suspicious that there is someone else their lover is involved with. When they kiss it reminds them they’re not certain their partner loves them. It undercuts the verbal assurances by the partner that they “really, really, really love” them. The dating couple aren’t living together. And the guy keeps getting put off by his date who always puts off getting together until “tomorrow.” However, the final verse calls into question all his suspicions. He begs her to “wait until I drive all these foolish fears out of my mind.” Much as he is suspicious of her, he knows himself well enough to also suspect that he is just being overwrought and introducing needless drama into the romance. Suspicions can be either justified or ludicrous. The guy is too nervous and jittery to calm himself down enough to pay attention to what is really going on. While he wonders why she is torturing him, he is the one who is emotionally torturing himself with the scenarios he’s conjuring.

In 1964, rural Oklahoma born William Nathan “Bill” Stafford billed himself as Terry Stafford and took “Suspicion” to #3 on the Billboard Hot 100. This was no small accomplishment, as his was the first single to break a lock on the Top five spots at the time, all held by the Beatles. Stafford had a minor hit in the Top 30 later that year and faded from stardom. Stafford died of liver failure at the age of 54 in 1996.

After “Suspicion” climbed into the Vancouver Top Ten in July 1962, Elvis continued to enjoy more Top Ten hits between 1963 and 1965. His most notable hits were “One Broken Heart For Sale”, “(You’re The) Devil In Disguise”, “Ain’t That Loving You Baby”, “Such A Night” and “Crying In The Chapel”.

But after 1965 Elvis found it increasingly challenging to enter the Top 30. Between the end of 1965 and the winter of 1968 Presley released 22 singles and only four of these made the Billboard Hot 100’s Top 30. But in 1969, Presley had his best year since 1962 charting three singles into the Top Ten with “In The Ghetto”, “Suspicious Minds” and “Don’t Cry Daddy”. Between 1970 and 1983 Elvis released 36 singles, including eight posthumous singles. Of these, “Burning Love” and “The Wonder Of You” were his most successful and six others made the Top 20 on the Billboard charts.