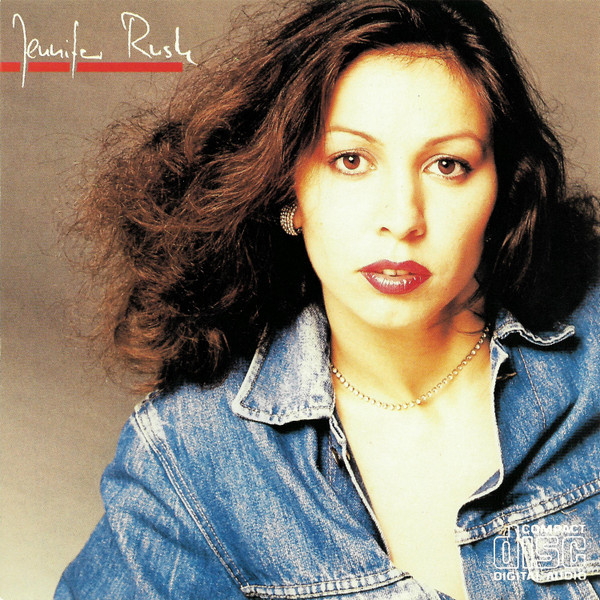 #114: The Power Of Love by Jennifer Rush

Heidi Stern was born in 1960 in Queens, New York. Her father, Maurice Stern, was an opera tenor and teacher. Rush studied violin at the Juilliard School and also learned to play the piano. The Stern family moved to West Germany for about a half dozen years. When he father got a position at the University of Washington, they moved to Seattle. In 1979, she released a solo album titled Heidi. The album did not chart. Heidi Stern worked with Gene McDaniels – 1961 hit singer of “A Hundred Pounds of Clay” and “Tower of Strength”. In 1982, following McDaniels’s persistence, Rush moved to Wiesbaden, West Germany, where her father was engaged as an opera singer. She recorded a second album, Tonight, which also didn’t chart. In 1984 in Munich, she provided backing vocals for synth-pop band Panarama’s album Protection, but under her original name Heidi Stern.

In 1984, Heidi Stern got a contract with CBS Records in West Germany. She adopted her artist name “Jennifer” at the insistence of her first publishing/recording company, CBS Songs, the publishing unit of CBS Germany. And so Jennifer Rush was born. A self-titled album, Jennifer Rush, was released in 1984. From the album came a number of singles. “25 Lovers” and “Ring of Ice” both cracked the Top 30 in West Germany. And the latter climbed to #14 in the UK. But it was the fifth single release from her album that would change the trajectory of Jennifer Rush’s musical career. That song was “The Power Of Love”. 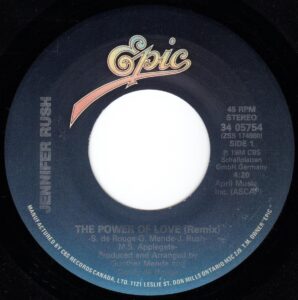 “The Power Of Love” is a song about a sexually passionate, loving relationship. The lyrics show us how enduring the relationship is showing what is not occurring: “The feeling that I can’t go on is light years away.” The depth of commitment is evident. This is a couple that is meant to last: “‘Cause I am your lady and you are my man. Whenever you reach for me, I’ll do all that I can.” Together, they are unstoppable. There is novelty and sometimes, the singer confesses “I’m frightened.” But she is ready to learn about the power of love. What made the song stand out was Jennifer Rush’s vocals. Give it a listen.

Internationally, “The Power Of Love” peaked at #1 in Australia, Austria, Canada, Ireland, New Zealand, Norway, South Africa, Spain, and the UK. It climbed to #3 in Belgium, Sweden and Switzerland, #4 in the Netherlands, #7 in Finland and #9 in West Germany. Her recording of “The Power Of Love” in Spain was a Spanish-language song “Si tú eres mi hombre y yo tu mujer”, translated as “If you are my man and I’m your woman”.

Jennifer Rush has not performed in concert in Canada. Most of her interviews have taken place in Europe in Scandinavia, Germany, Austria, Spain and Switzerland. According to Setlist.fm, Jennifer Rush’s most recent concert performance was in 2013 in Konstanz, Germany.