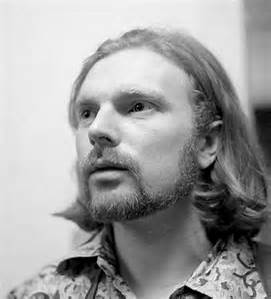 He is known as “Van the Man” to his fans. Morrison started his professional career when he variously played guitar, harmonica, keyboards and saxophone for a number of Irish bands while he was still in his teens. In 1964 Morrison formed the R&B garage band, Them, in Belfast, who played at The Maritime nightclub. They had hits with the garage band classics “Gloria” and “Here Comes The Night”.

His solo career began with the release of the hit single “Brown Eyed Girl” in 1967. The song peaked at #10 in the USA, but climbed to #1 in Vancouver. Morrison’s music mostly draws on  the conventions of soul music and rhythm and blues. Examples of this are showcased in his hit singles “Brown Eyed Girl”, “Domino” and “Wild Night”.

Morrison’s father, George, was an electrician. His mother, Violet, had been a singer and tap dancer in her youth. Van was an only child and grew up in Belfast. His father’s record collection of American blues and country music artists led to Van Morrison learning the guitar when he was eleven.

Tupelo Honey is the fifth studio album by Van Morrison and released in October 1970. Griel Marcus of Rolling Stone Magazine said of the title track, it was “a kind of odyssey” evoking Elvis Presley (whose hometown was Tupelo, Mississippi), and “the most gorgeous number on the album” that “was too good not to be true.” The title derives from an expensive, mild-tasting tupelo honey produced in the southeastern USA. The soulful melody was borrowed from Morrison’s single “Crazy Love,” released the previous year on the Moondance album. “Tupelo Honey” is an anthem to a relationship with a woman that is blissful, erotic and sublime. In the world of varieties of honey, Tupelo honey is the one variety that will not crystalize. Due to its properties, it is the one variety of honey that diabetics can safely consume. So, Van Morrison may have done his research to choose which variety to sing about when he made his recording.

“Tupelo Honey” was the second single from the album, after “Wild Night”. “Tupelo Honey” has been recorded by countless numbers of musicians and singers. These include Ritchie Havens, Dusty Springfield, Cassandra Wilson, Billy Bragg and others.