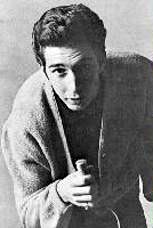 Ray Whitley was born in Columbus, Georgia, in November, 1943. In 1958, at the age of fourteen, Ray Whitley formed his own band. He soon caught the attention of Producer Felton Jarvis who introduced Ray to Bill Lowery. Whitley was offered work as a staff songwriter for Bill Lowery’s publishing company, Lowery Music Publishers of Atlanta, Georgia. When he was 17 years old, Ray Whitley recorded his first record, “I Wasn’t Sure”. Deejays weren’t sure about the single and gave it a pass. His second attempt, “Yessiree – Yessiree”, got airplay in San Francisco, Seattle and Vancouver (BC). “Yessiree – Yessiree” is one of the many Elvis sound-alike tunes recorded by other recording artists. Ral Donner, Conway Twitty and Vince Everett are three examples of singers who had hits on the Vancouver pop charts by sounding like Elvis. “Yessiree – Yessiree” is a song about early feelings of attraction and noticing what you like about the person you’re getting to know. In this case, her lips, her hair, her kiss, the way she wears her clothes, the way she walks, the way she talks on the phone and the way she says she cares. Whitley was singing this song at the age of 18 and what he knew to write about were feelings of attraction and having a teenage crush. While a married couple might remark on each others hair, clothes, tone of voice, kiss and the way their partner walks down the street, that kind of effusiveness can get tired quickly. The married partner wants a more expansive conversation. But when a teenager has a crush on someone and they are elated each time she, or he, walks into a room, the feelings are real and need to be taken seriously.

In his Psychology Today article, “Adolescence And The Teenage Crush,” Carl Pickhardt explains that teenage crushes are an early approximation of love. Pickhardt states, “Because a romantic crush is a potent mix of idealization and infatuation, it doesn’t require knowing another person well at all. In some cases a superficial impression can be provocation enough. “I like how she’s so quiet and watchful and keeps to herself.” “I like how what others think doesn’t matter to him.” In Ray Whitley’s song one might wonder how much time the guy in the song is spending daydreaming about the girl of his dreams. At some point he is going to have to find out how much she likes him, in addition to kissing and hugging. He’ll want to find out they have in common and what they can do together when they aren’t making out. Whitley released a dozen singles between 1961 and 1970. Among the releases after “Yessiree – Yessiree” was a song titled “Teenage Crush”. None of his singles ever made the Billboard Hot 100

While Ray Whitley gained some fame as a singer, he became more famous as a songwriter. He wrote 147 songs. Over a dozen of these became hits on the pop or country charts. Some of the acts who had success with his tunes include The Tams, Guy Darrell, Brian Hyland and Sonia Evans. His songs were also recorded by The Gentrys, Billy Joe Royal, Tommy Roe, The Swingin’ Medallions, Booker T. And The M.G.’s, The Jimmy Castor Bunch, Bill Deal & The Rhondels, Mac Davis, Del Shannon and Hank Ballard & The Midnighters.

In 1963 Whitley was at the publishing house in Atlanta when he was approached by an African-American R&B group called The Tams. He recalls, “I was sitting in his (Lowery’s) office and the Tams walked up to me and asked if I had any songs. I took them down to the boiler room and sang for them ‘”What Kind Of Fool Do You Think I Am”. I guess they liked it,” Whitley said. Though this was the Deep South and there was still segregation in many places, Whitley was not like some white people who didn’t want to associate with Black musicians and performers. He recalls that for him of interracial collaboration, “But that never was a problem.” The Tams took the song to #9 on the Billboard Hot 100 in February 1964. In 1966, Bryan Hyland had a Top 30 hit in the USA, and #15 hit in Vancouver with “Run, Run, Look And See”. In 1969 Bill Deal & The Rhondels took “I’ve Been Hurt” and “What Kind Of Fool Do You Think I Am?” into the Top 40. The latter was #10 in Vancouver. These were Whitley’s most successful of fourteen singles he wrote that became charted songs for other recording artists in North America. The Tams had a #1 hit in the UK in 1971 with Whitley’s “Hey Girl Don’t Bother Me”.

Whitley toured extensively in the 60’s and 70’s. He was inducted into the Georgia Music Hall of Fame in 1991.

At the end of his life, Ray Whitley lived on the streets of Gainesville, Georgia, as a homeless man trying to overcome his addiction to alcohol. At times he slept on the concrete floor of a homeless shelter in Gainesville called Good News at Noon. By the time he died at age 69, in 2013, Ray Whitley had lost most of his hearing. In 2013, the problem of homelessness was continuing to grow in America. That year there were around 2.5 million children who experienced homelessness in America at some time in the calendar year.

The creator of raywhitley.com, Tim Hollingworth, a freelance cameraman in the northern region of the United Kingdom, is thinking of creating a documentary about the life of Ray Whitley.