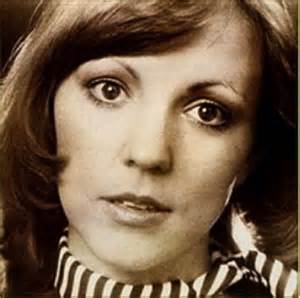 Phillis Boltz was born in Kitchener, Ontario. After she graduated from high school she started singing in a band called Landslide Mushroom. By the late 60s she was a lead vocalist in another Kitchener band called Rain, who she remained with into the early 70s. From the outset her stage name with Rain was Phyllis Brown. Among the singles they released was a “Out Of My Mind” in 1971. It became a Top 30 hit in a number of radio markets between the spring of 1971 and the winter of 1972.

In 1973 Brown left Rain. She was able to land a contract later that year with A&M Records. Though she still was called Phyllis Brown, she shortly changed her stage name again. Given her Motown-sound-alike vocals she bet that Charity Brown would be a name that was distinctive enough to help radio listeners remember her songs on the radio. Her debut single in 1974 was a cover version of the 1967 Martha & The Vandellas hit “Jimmy Mack”. Building on her modest success she next released a cover of the 1962 hit for Mary Wells, “You Beat Me To The Punch”.   That year when Dionne Warwick first heard Charity Brown sing she said, “That lady has a big voice!” “You Beat Me To The Punch” is a song written by Smokey Robinson for Mary Wells in 1962. Robinson was the lead singer of the Motown group The Miracles. In 1961 The Miracles had Motown’s first million selling record, “Shop Around”. Robinson would go on to write many songs for The Miracles including “I Second That Emotion” and Tracks of My Tears”. Among a string of hit singles for Motown, Robinson wrote “My Girl” for The Temptations, “My Guy” for Mary Wells, “Ain’t That Peculiar” for Marvin Gaye and “Being With You”, one of his solo hit records.

“You Beat Me To The Punch” is a song about an shy, introverted, person who doesn’t say out loud what they are thinking. Though there is someone they’re attracted to, their love interest always makes the first move: asking their name, asking to go steady. However, in time the young woman finds out her boyfriend is not going to be her one and only. The lyrics in the bridge and final verse tell about the moment she connects the dots.

In 1975 Charity Brown released her debut album, Rock Me. It included more soul and Motown covers. These included “Take Me In Your Arms (Rock Me A Little While)” a #4 R&B chart hit for Kim Weston in 1965 and a big pop hit for the Doobie Brothers in 1975.  It was the Doobie Brothers coincidence of releasing that song as a single about the same time Charity Brown’s single version was released that crowded her out of having the record really take off. She covered the 1964 Martha & The Vandellas hit, “Dancing In The Street”,  the 1962 hit for The Marvelettes, “Playboy”, and the #1 Ruby & The Romantics hit from 1963 titled “Our Day Will Come”.

Brown was a regular performer into 1980 going on tour to different clubs across Canada.  She also appeared on a number of TV shows including Anne Murray’s Ladies Night Show in 1978 and in 1979 on the Winnipeg based CBC show, Gerry and Ziz. A new album’s worth of material was recorded but remained in the vaults (until 2007). She chose to retire in 1980, though she dabbled in animated features as a voice for different characters in two 1985 films: Rumpelstiltskin and The Velveteen Rabbit.

In 2007 Charity Brown appeared in concert at the Kitchener Blues Festival. She also released an album sampler for her forthcoming album, Wings of Time. The album was released some time later featuring her son, Michael Boltz, on drums.