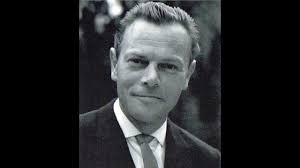 In 1923, Berthold Heinrich Kaempfert was born in a village suburb of Hamburg, Germany, called Barmbeck. He learned piano, clarinet, accordion and saxophone during his childhood and youth. He had years of private music lessons at Wilhelm Witt’s private music school in Wilhelmsburg. He later studied at Die Musikschule HAMBURG (Hamburg School of Music). Kaempfert’s career began when his mother used a $285 insurance payment to buy a piano. Prior to the outbreak of World War II, while still 15 years of age, Kaempfert was hired to play with Hans Busch and his Orchestra. He was the youngest member of the band. But once Germany invaded Poland on September 1, 1939, Kaempfert, along with all able-bodied young men, were drafted into the German military. Kaempfert became a bandsman in the  German Navy, initially playing on the Island of Salt on the Wadden Sea. In 1945, Kaempfert formed a band comprised of prisoners-of-war in Denmark. After the war ended, Kaempfert moved back to Hamburg. He was employed at the Esplanade Hotel and his performances were broadcast at the nearby British Forces Network. In 1959 Bert Kaempfert arranged and produced Die Gitarre und das Meer (The guitar and the sea) for Austrian Freddy Quinn. Quinn had recorded a German-language version of Dean Martin’s big hit in 1955, “Memories Are Made of This.” In 1959 Bert Kaempfert arranged and produced Die Gitarre und das Meer was a big seller in Germany in 1959.

In 1959, Kaempfert collaborated with Croatian Ivo Robic on a single titled “Morgen” (“Tomorrow” in English). The German-language song became an international hit and climbed to #13 on the Billboard Hot 100 and #5 in Vancouver.  In 1960, Bert Kaempfert composed “Wonderland By Night.” He was unable to find a German record company to record his single and accompanying album. He pitched his demo in New York City. It was picked up by Decca Records. Kaempfert had his first international hit in 1960 with “Wonderland By Night” that winter.

On March 5, 1960, Elvis Presley was discharged from serving in the US Army while stationed in Germany. On April 28, 1960, Presley recorded “Wooden Heart.” The song was composed by Fred Wise, Ben Wiseman, Kay Twomey and Kaempfert. It was based on a German folk song by  Freidrich Silcher titled “Muss i denn.” The song came from the Wurttemberg in southwest Germany. The lyrics in the Presley recording included a number of lines from the original German folk song. The song had already been recorded in 1958 by Marlene Dietrich. Both Elvis Presley’s version of “Wooden Heart” and a cover by Joe Dowell became big hits in March 1961.

In June 1961, Tony Sheridan and The Beatles were both performing at the Top Ten Club in Hamburg, Germany. At the time The Beatles consisted of guitarists John Lennon, Paul McCartney, George Harrison, Stuart Sutcliffe (bass) and Pete Best (drums). Kaempfert shortly afterward signed Sheridan and the Beatles to his company Bert Kaempfert Productions. The June 22, 1961, session included The Beatles recording “My Bonnie” and “Ain’t She Sweet.” The former climbed the German pop chart Der Musikmarkt to #32 in the summer of ’61. It peaked at #4 on the Hamburg pop charts.

In early 1962, Bert Kaempfert had a hit single in selected radio markets in North America with “Afrikaan Beat”. “Afrikaan Beat” featured the trumpet in Kaempfert’s instrumental. An ancient trumpet was found in King Tut’s grave in Egypt. The instrument has been found in ancient civilizations in South America, China and Scandinavia. Trumpets were used for religious ceremonies and military parades. A limited number of notes that could be played on the trumpet, given the natural trumpet didn’t have valves. Changing a key meant you had to change different pipes on the instrument. Trumpets were most popular during the Baroque era. However, it fell out of favor during the Classical and Romantic eras in Europe. But by the 1800’s, the trumpet was improved and valves and keys enabled musicians to be hired in orchestras. Louis Armstrong popularized the trumpet in jazz and popular music in the late 1920’s and early 30’s. It has been a featured instrument in modern orchestras ever since.

Afrikaans is the language spoken in South Africa, Namibia, Zimbabwe and also Botswana. It evolved from the Dutch vernacular between 1701 and 1800 as Dutch settlers moved to the South African Cape. Originally named Cape Dutch, 90% to 95% of the language is of Dutch origin. Other words in the language are German, Portuguese, Bantu and Khosian. Afrikaans has also been influenced by South African English. In 1925, Afrikaans was recognized as a real language. Previously it was looked upon as a language that masters and servants would use to converse, but not a language to use in order to educate children. In 1961, Afrikaans and English were recognized as the official languages of South Africa. In 1961, Apartheid became an official policy of the South African government. Numbers of authors who wrote in Afrikaans published literary works expressing opposition to the policy. These authors include Andre Brink, Breyten Breytenbach, Ingrid Jonker, Adam Small and Bartho Smit.

In 1959, Kaempfert composed a tune which he recorded in 1962 under the title “Candlelight Cafe”. The tune was given German lyrics written by Kurt Schwabach. In 1963, the tune was recorded in English as “Danke Schoen” by Wayne Newton. This became Newton’s signature song. It also garnered substantial royalties for Bert Kaempfert. The song gained a resurgence when it was featured in the 1986 film Ferris Bueller’s Day Off. In the early 60’s, Kaempfert produced “L-O-V-E” for Nat ‘King’ Cole. Other recording artists Bert Kaempfert produced include Johnny Mathis, Dean Martin, Jack Jones, Sammy Davis Jr. and Anita Kerr.

Kaempfert wrote an instrumental titled “Moon Over Naples” in 1964 and recorded it the following year. The tune was given lyrics and recorded by Al Martino in 1966 as “Spanish Eyes“. In 1966, Kaempfert composed an instrumental titled “Beddy Bye” for the film A Man Could Get Killed. The tune was given lyrics by Charles Singleton from Kansas City, and recorded as “Strangers In The Night”. It became a #1 international hit that year for Frank Sinatra.

In 1965, Kaempfert’s version of “Red Roses For A Blue Lady” climbed to #11 on the Billboard Hot 100 and #8 on CKLG in Vancouver. After 1966, Bert Kaempfert’s single releases found their way onto the Adult Contemporary charts but not on the pop music charts.

One response to “Afrikaan Beat by Bert Kaempfert”