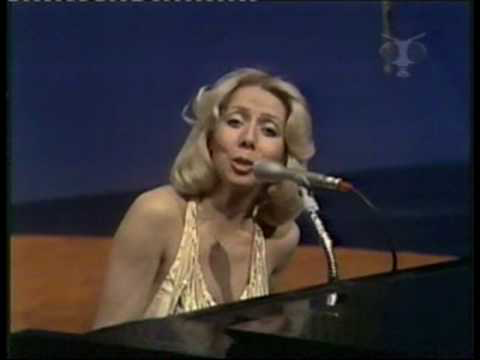 Her followup single was the title track, “Are You Ready For Love”. 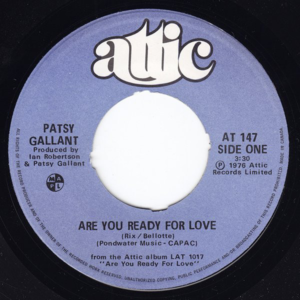 “Are You Ready For Love” was written by Jerry Rix and Pete Bellotte. Jerry Rix was born in Amsterdam, the Netherlands, in 1947. He was a singer-songwriter and recording artist. He released a cover of “Ebb Tide” in 1964. In 1971 he released his first of four studio albums. He was a pop singer who became identified with disco in the Netherlands. In 1976 his hit “Disco Train” crossed the Atlantic to appear on the Billboard Hot Dance/Disco chart.

Co-writer, Peter John Bellotte was born in High Barnet, a market town north of London, UK, in 1943. He learned to play guitar in his youth and by the age of 19 was in a beat band called the Sinners. In the mid-sixties he toured France and Germany with British singer Linda Laine. In 1965 Linda Laine and the Sinners had a #5 hit on the German pop charts with a cover of the 1958 doo-wop classic “Get A Job” by the Silhouettes. While in Hamburg, Pete Bellotte met Bluesology and became friends with Reg Dwight (who later adopted the stage name Elton John). Having learnt German, Pete Bellotte teamed up with producer Georgio Moroder who had written a song in German titled “Nachts scheint die Sonne” (In the Night Shines the Sun). Bellotte wrote the English lyrics to “Son Of My Father” which became a number-one hit on the pop charts in Argentina, Belgium, Spain, South Africa and the UK in 1972 (as well as Top Ten in Ireland, the Netherlands and Norway).

Around 1974 Georgio Moroder and Pete Bellotte met a young singer-actress-model named Donna Sommer (formerly Donna Gaines, she had married Austrian actor Helmuth Sommer in 1973). Donna Sommer had moved from the USA to Germany and performed in German productions of Hair, Godspell and Show Boat. Moroder, Bellotte and Sommer’s collaboration resulted in her first studio album released in 1974 titled Lady Of The Night. The album contained the single “The Hostage” which climbed into the Top Ten in Belgium, the Netherlands and Spain. Due to an error on the record cover her name was not spelled Donna Sommer, but Donna Summer – and the error inspired her new stage name. In 1975 Donna Summer released her second album titled Love To Love You Baby. The 16-minute title-track, according to the BBC, included 23 orgasms. “Love To Love You Baby” was co-written by Georgio Mororder, Pete Bellotte and Donna Summer. The single was released in 1975 and became an international hit topping the pop charts in Canada, and climbing into the Top Ten in at least a dozen other countries.

In 1980 Pete Bellotte, Georgio Moroder and Donna Summer received several Grammy Award nominations. One was for Album of the Year for Bad Girls which was awarded to Billy Joel for 52nd Street. They received a second nomination for the single “Bad Girls” was for Best Female R&B Vocal Performance, which was awarded to Dionne Warwick for “Déjà Vu”. Bellotte also received a third nomination at the 1980 Grammy Awards in the Best Disco Recording category for “Dim All the Lights”, which was won by Gloria Gaynor for “I Will Survive”. Pete Bellotte published his first collection of short stories in 2016 titled The Unround Circle.

“Are You Ready For Love” is a song about a woman who has been holding back on making love and “saving it for the man I lack.” But now, she’s finally met the guy who made her heart stand still when he called her on the phone. The lyrics are part of a theme in pop music where a female vocalist has been saving her love, and sexual expression, for the right guy. In 1981 Vancouver/Bowen Island singer-songwriter Shari Ulrich had a hit single with “Save It“. This is in contrast to male vocals by groups like Culture Beat’s “Mr. Vain” who sings “I know what I want and I want it now.”

After “Are You Ready For Love”, Pasty Gallant went on to have her biggest charting success with the disco-infused “Sugar Daddy”. It peaked at #3 in Vancouver (BC) in August 1977. It was Gallant’s debut release from the album Besoin D’Amour. In 1978 Pasty Gallant returned to the Juno Awards to be nominated for Producer of the Year for “Sugar Daddy”, and win Female Vocalist of the Year for three out of four years in a row. She also won the Juno for Best Selling Single with “Sugar Daddy”.