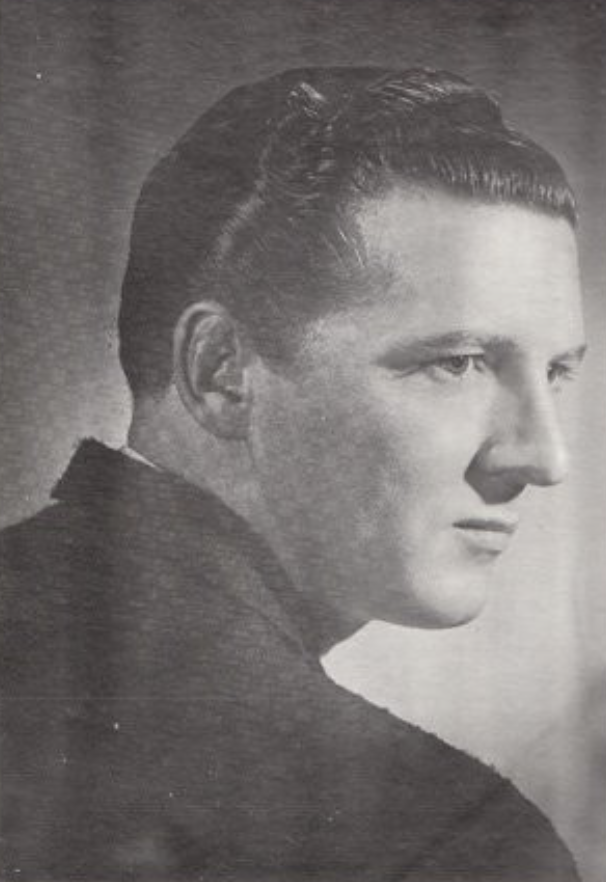 In 1935 Jerry Lee Lewis was born in Ferriday, Louisiana. On a 1961 album liner note, it was written “From the time he was big enough to reach the keyboard he has been playing and singing.” At the age of nine he started playing the piano. He imitated the styles of preachers and black musicians that passed through his community. His playing style was creative and outrageous. Jerry Lee Lewis rose to become one of rock ‘n rolls’  first showman in the mid-50s. He incorporated some of what he heard into his musical style from listening to radio shows like the Grand Ole Opry and Louisiana Hayride. Among his influences were Jimmie Rodgers, Hank Williams and Al Jolson. At the age of ten his dad decided to mortgage the family farm so he could purchase a piano for Jerry Lee to play. Lewis first performed in public when he was fourteen years old at the opening of a local car dealership. At age fourteen he quit school and honed his musical skills. But before he became a famous recording act, Lewis sold sewing machines to help make some money.

When Lewis moved to Memphis, Tennessee, at the age of 20 he landed some contracts to work as a studio musician for Sun Studios. In 1956, he covered Ray Price’s country tune, “Crazy Arms”, which did well locally, selling over 300,000 records. Lewis also worked on some recording sessions with Carl Perkins. While working at Sun, he and Perkins jammed with Elvis Presley and Johnny Cash. This session by the “Million Dollar Quartet” was recorded at the time, but it was not released until much later.

In 1957, Lewis became a star with his unique piano-driven sound. “Whole Lotta Shakin’ Goin’ On” peaked at #3 in Vancouver that July. By this time, Lewis had also developed some of his famous stage antics, such as playing standing up and even lighting the occasional piano on fire. He had such energy and enthusiasm in his performances that he earned the nickname “The Killer” for the way he knocked out his audiences. Lewis told the Pop Chronicles that kicking over the bench originally happened by accident, but when it got a favorable response, he kept it in the act. His first TV appearance, in which he demonstrated some of these moves, was on The Steve Allen Show on July 28, 1957, where he played “Whole Lotta Shakin’ Goin On”. In November ’57 he took “Mean Woman Blues” to #4 in Vancouver. Lewis was on a roll with his next single, “Great Balls Of Fire”, spending two months on the local charts and peaking at #2 in December 1957. In March ’58, Lewis had another Top Ten hit with “Breathless”, which also peaked at #2 in Vancouver. He also took two more singles to the Top Ten in Vancouver in ’58: “High School Confidential” to #8 and “Lewis Boogie” to #6.

However, the later single spent only one week on the local charts in August 1958. This may be due to the growing furor over Lewis’ third marriage to Myrna Gale Brown, a first cousin once removed. Lewis was 22 and she was 13 years old. During a tour in Britain his upcoming engagements were all cancelled. Back in the USA he was blacklisted from most radio stations except Alan Freed who continued to play Lewis until November 1959 when Freed was fired in the midst of the Payola scandal. Lewis was also banned from American Bandstand. Jerry Lee Lewis went from commanding $10,000 a night to $250 a night.

In Vancouver, Lewis wasn’t heard on the local charts until a brief appearance with a tune called “Old Black Joe” which spent only two weeks on the CKWX chart in April 1960 peaking at #39. Nonetheless, later that year Jerry Lee Lewis had a Top Ten instrumental hit under a pseudonym, The Hawk. The tune was “In The Mood”. The song went to #10 in Vancouver in July 1960, and elsewhere only had a significant chart run in on WITH in Baltimore, peaking at #11.

The lyrics tell us Bonnie B, is “the pride of our school.
When she walks down the hall, well, all the cats all drool.
With her long blond hair and cherry pink lips,
and turned up nose that makes a cat wanna flip.”

Later in Lover’s Lane, the guy plans to park and spark with Bonnie B.

“Bonnie B” peaked at #1 in Vancouver and got airplay in Winnipeg (MB). But the rock star who married 13-year-old Myra Gale Brown, his first cousin once removed on December 12, 1957, was banned from other radio markets. If you weren’t in Vancouver or Winnipeg in the winter of 1961-62, you didn’t hear “Bonnie B” on the radio.

Lewis managed to chart several Top 40 songs on the UK singles chart. These were his cover of Ray Charles’ “What’d I Say” (#10 in UK, #20 in Vancouver), a cover of Chuck Berry’s “Sweet Little Sixteen”, and a cover of Little Richard’s “Good Golly Miss Molly”.

Between 1968 and 1981 Jerry Lee Lewis found a resurgence in the Country charts in both the USA and Canada. He charted over twenty Top Ten hits in both countries. The included four number-one hits: “To Make Love Sweeter To You”, “There Must Be More To Love Than This”, “Would You Take Another Chance On Me” and a cover of the Big Boppers’ “Chantilly Lace”. In 1973, Lewis’ cover of “Drinkin’ Wine Spo-dee-O-Dee” climbed to #20 on the pop chart in Vancouver. His past scandal was forgiven and his musicianship welcomed.

Lewis’ personal life has been marked with temperamental episodes and two of his seven wives died under suspicious circumstances. Richard Ben Cramer, writing for Rolling Stone, raised questions in a 1984 article about the death of Lewis’ fourth wife, Jaren Gunn, who drowned in a pool; And his fifth wife of 77 days, Shawn Stephens, died of an overdose. Cramer comments regarding Stephens death: “the bed she was found in hadn’t been slept in, she was bruised and bleeding, had taken 10 times the safe amount of his methadone, and that Lewis had paid for a private autopsy. A grand jury cleared Lewis of any crime.” Lewis once shot his bass player, Butch Owens, in the chest. Owens won a lawsuit against Lewis and a settlement of $125,000. This side of Lewis’ personal life lends a dark cast on his nickname “The Killer.”

In 1989, a film starring Dennis Quaid (as Jerry Lee Lewis) explored the early rise and crash of the legendary rock ‘n roll star. In 2022, Ethan Cohen directed a documentary titled Jerry Lee Lewis: Trouble in Mind. Mostly a weaving of old tapes, the documentary was shown at the Cannes Film Festival in May, ’22. On October 28, 2022, Jerry Lee Lewis died at the age of 87.

2 responses to “Bonnie B by Jerry Lee Lewis”