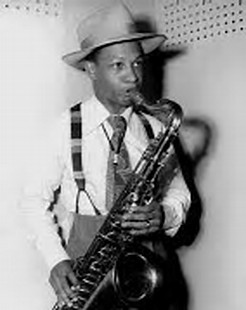 Born Curtis Ousley in Fort Worth, Texas, in 1934. His trademark was a honking Texas tenor sound inspired by his main influences Illinois Jacquet, Earl Bostic, Arnett Cobb albeit with a rock and roll edge. He moved to New York in 1952 and played with Lionel Hampton’s and Horace Silver’s jazz groups. He began doing session work for R&B and rock and roll artists in the mid-Fifties. One of his most memorable solos, and the one that sealed his reputation as a rock and roll sideman, appeared in the Coasters’ 1958 smash, “Yakety Yak”.

King Curtis can also be heard “Boys,” by the Shirelles, and “Reminiscing,” by Buddy Holly (which he cowrote). As part of Atlantic Records’ stable, Curtis played on sessions for Clyde McPhatter, Aretha Franklin, Wilson Pickett, Solomon Burke, Don Covay, Bobby Darin, and others. In later years, he also produced (or coproduced) albums for Roberta Flack, Donny Hathaway, Delaney and Bonnie, Freddy King and Sam Moore (of Sam and Dave).

Pursuing a career as a solo artist all the while, King Curtis recorded under his own name for the Prestige, Enjoy, Capitol and Atlantic labels. In 1957 he had a single called “King’s Rock” that made the Top 50 in Chicago’s WGES. In 1959 “Heavenly Blues” made it into the Top Ten as a regional hit in Cleveland, Ohio. In 1960 “King Neptune’s Guitar” got airplay in Jacksonville, Florida (#23), Erie, Pennsylvania (#49) and here in Vancouver on CKWX (#55). But King Curtis would have to wait until 1962 before he had a national hit in the USA. The instrumental was called “Soul Twist”. It became a  #1 record on the Billboard R&B charts and #17 on the Billboard Hot 100. In Vancouver the song never made the local charts. Nor did Curtis’ 1967 instrumental cover of the Bobby Gentry classic “Ode To Billy Joe” (#6 R&B, #28 Billboard Hot 100).

In 1967 Motown recording star, Stevie Wonder, had a hit single with “I Was Made To Love Her” (2:38) from an extended version recorded in the Motown studios that was 5:29 in length. Wonder’s single version was a #1 hit on CKLG on July 22, 1967. It climbed to #2 on the Billboard Hot 100. King Curtis made an instrumental cover of the song. In the winter of 1967-68, King Curtis’ instrumental version of “I Was Made to Love Her” climbed to #11 on CKLG in Vancouver and #13 in Newport News, Virgina. But elsewhere in the USA it didn’t chart so well, and only climbed to #76 on the Billboard Hot 100.

In the late Sixties and early Seventies, King Curtis crossed paths with rock icons like Eric Clapton (who performed on King Curtis’s “Teasin’” in 1970) and the Allman Brothers Band (who paid tribute to King Curtis by incorporating his minor 1964 hit,“Soul Serenade”, into their “You Don’t Love Me” during a New York performance shortly after his death). King Curtis was revered by his fellow musicians, especially Duane Allman of the Allman Brothers Band (a fellow Atlantic Records sideman), and Robbie Robertson of The Band, who has cited him as a major influence.

King Curtis was working as Aretha Franklin’s musical director and featured on her recent albums I Ain’t Never Loved A Man the Way I Love You, Lady Soul, Aretha Now, Soul ’69 and This Girls In Love With You. These included unforgettable tenor sax on “I Ain’t Never Loved A Man the Way I Love You”, “Respect” and “(Sweet Sweet Baby) Since You’ve Been Gone.” Curtis had also recently done sessions for John Lennon’s Imagine album on the tracks “I Don’t Want to Be a Soldier” and “It’s So Hard“. Shortly afterward he was stabbed to death by a drug addict with whom he argued outside his New York City apartment on August 13, 1971. Curtis was attempting to carry an air conditioner into his apartment when Juan Montanez (and another drug dealer) refused to move from the building’s entrance. A fight ensued and Montanez stabbed Curtis. He was 37 years old. Jerry Wexler of Atlantic Records spoke at King Curtis’s funeral and said “He wasn’t only a rock and roll saxophone player, he was a very good jazz player and a very sensitive virtuoso.” Other’s in attendance at the funeral included Stevie Wonder, Aretha Franklin, Duane Allman and Rev. Jesse Jackson.