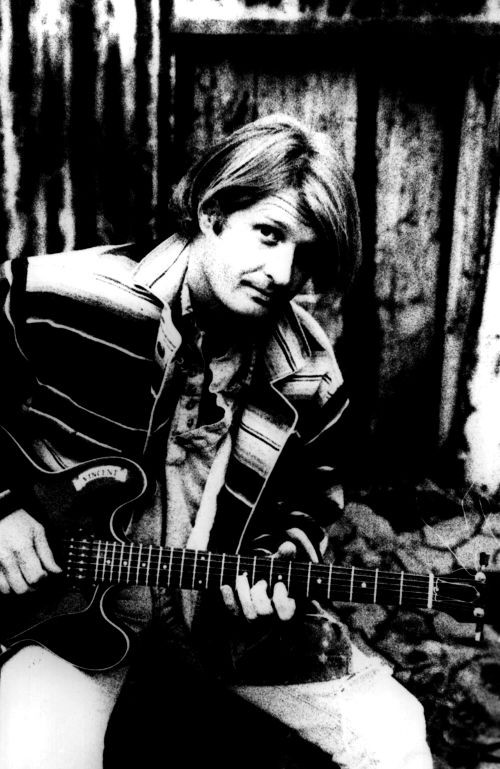 The band’s first single “White Hot” was a Top 20 hit across Canada, and climbed to #5 in Vancouver in April 1980. The single also climbed to #48 on the Billboard Hot 100. The single was from the debut album by Red Rider titled Don’t Fight It. Then on May 10, 1980, Red Rider appeared in concert at the Pacific Coliseum in Vancouver. A second album released in 1981 titled As Far As Siam expanded their fan base. And on September 5, 1981, Red Rider gave a concert at the Pacific Coliseum in Vancouver.

And in 1983 Red Rider’s third studio album, Neruda, featured the single “Human Race”. A fourth album, Breaking Curfew, didn’t sell very well. In 1986, they released the album, Tom Cochrane & Red Rider. One of the songs on the album was “Boy Inside The Man“. And later that year on October 23rd, the band performed in concert at Vancouver’s BC Place Stadium.

After “Big League”, Tom Cochrane went on to release a solo album in 1991 titled Mad Mad World. The studio recording featured Red Rider bandmates Spider Sinneave and John Webster. On the album was a single release titled “Life Is A Highway.” In early 1992 the single climbed to #1 in Canada and #6 on the Billboard Hot 100. The albums’ follow up single was “No Regrets”. 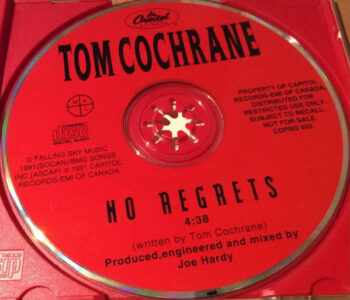 “No Regrets” is a song about living your life and taking the opportunities that come your way. Even though you may feel sometimes like “a blown out fuse,” but there have been plenty of good times to remember. So, no regrets. Anyway, the couple going through life together still have adventures ahead of them. And even “better times” may be on the horizon.

“No Regrets” peaked at #4 in Hamilton (ON) and #5 in Vancouver. It also charted in Minneapolis/St. Paul.

Further releases from the album were “Washed Away” and “Sinking Like A Sunset”. The latter charted in Vancouver, peaking at #7.

Cochrane followed up with an album in 1995 titled Ragged Ass Road, named after a street in Yellowknife, Northwest Territories. It included the top ten hits on the Canadian RPM singles chart “I Wish You Well” (#1), “Wildest Dreams” (#5) and “Dreamer’s Dream” (#4).

On July 1 the band performed in concert in the Vancouver suburb of Surrey at Surrey Canada Day 2006. On February 18, 2008, Tom Cochrane & Red Rider gave a concert at the Pacific Coliseum in Vancouver.