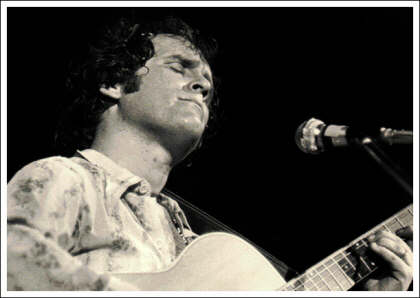 Tim Hardin was born in Eugene, Oregon, in 1941. Before he was born, Hardin’s mother had previously been employed as a classical pianist. And his father had earned a living as a bass player. But it was his strict grandmother who spent much of the time raising him. Hardin considered his childhood an unhappy one. After he dropped out of high school in 1960, he  joined the United States Marines. Like numbers of other soldiers, Tim Hardin developed a heroin addiction. Once he was discharged in 1961, Hardin got involved in the folk music scenes in Greenwich Village and in Boston in the early ‘60’s. He enrolled in the American Academy of Dramatic Art in Greenwich Village. However, he was expelled due to skipping too many classes. In 1964, Hardin got to audition with Columbia Records. However, he was still using heroin and his audition was a fiasco and he got no contract with the label. Fortunately, Tim Hardin found his way to Verve-Forecast Records by the end of 1965. He released his first single in February 1966 titled “How Can We Hang On To A Dream?” The single was his first from his Hardin debut album titled Tim Hardin 1. It was a hit in England and the Netherlands. One of the other tracks on the album was “Reason To Believe”, was a hit for Rod Stewart in the early 1970’s.

Tim Hardin 1 was the first of ten albums Hardin released between 1966 and 1973. In April 1967, Hardin released his second single, “Misty Roses”. The song, from his debut album, got airplay in San Bernardino, California. While it was not a commercial success, “Misty Roses” was covered by the Fifth Dimension, Astrud Gilberto, Bobby Darin, Cilla Black, Peggy Lee, Johnny Mathis, The Youngbloods, Sonny & Cher, The Sandpipers, Jesse Collin Young, The Zombies and others. In July 1967, Hardin’s third single release, “You Upset The Grace Of Living When You Lie”, got airplay in New York City on WOR-FM. In 1968, Hardin released his fourth single, “The Lady Came From Baltimore”. The folksong got little attention. However, is was covered by Johnny Cash, Joan Baez and Bobby Darin. And Bob Dylan also sang the song live in concert. In 1968, Hardin shared a stage with Van Morrison at the Café au Go Go in Greenwich Village. In 1966, Hardin also wrote “If I Were A Carpenter”, a hit for Bobby Darin in the fall of 1966 and the Four Tops in 1968. The song appeared on Tim Hardin 2, an album he released in 1967.

During his year of solitude living in a trailer in Big Sur, Bobby Darin wrote “Simple Song of Freedom”. Darin was in the room where the assassination of Senator Robert F. Kennedy at the Ambassador Hotel in Los Angeles took place. This was on the night Kennedy won the Democratic presidential primary in California. Darin had worked on Kennedy’s campaign since he had announced his candidacy over two months earlier in late March 1968. Darin was also in shock from the revelation that the person he grew up believing to be his older sister was actually his birth mother. As he was born when his mother was a teenager, the way his family chose to hush up the scandal was to pass Darin off as the child of his grandmother. In addition, Darin was depressed by the lies being told about the reason to go to war in Vietnam based on the false story coming out of the Gulf of Tonkin.

In 1969, Tim Hardin, after recording six albums, five of these with Verve-Forecast, signed a record deal with Columbia. Hardin covered Bobby Darin’s “Simple Song Of Freedom”. “Simple Song of Freedom” is an anti-war song that also yearns for peaceful coexistence between people of different skin color. The song also commented on the headlines in the mainstream media warning listeners “most of what you read is lies.” Tim Hardin’s recording of “Simple Song Of Freedom” was a minor hit in the USA peaking at #50 on the Billboard Hot 100. Record buyers in Vancouver took the tune to #6 on the CKLG chart. The other record markets in the USA and Canada where the song charted especially well were #1 in Fredericton (NB), #2 in Medicine Hat (AB) and St. Thomas (ON), #3 in San Bernardino and Corvallis (OR), #4 in Portland (ME), #5 in Victoria (BC) on CJVI, #7 in Omaha and #9 in Hartford (CT) and Indianapolis (IN).

However, by 1969 Hardin’s addiction to heroin and stage fright made his few performances unwieldy. Consequently, he was not able to mount a tour to support the song. Tim Hardin also performed “Simple Song Of Freedom” as his only song before the audience at the Woodstock Festival in 1969. After his one song he had to cut short his set.

In his recording, Tim Hardin omitted singing one of Bobby Darin’s verses in “Simple Song Of Freedom.” That verse Darin wrote concerned asking Brother (Alexsandr) Solzhenitsyn to write him a letter to let him know about the warring machinations of his government in the USSR. In 1969, Solzhenitsyn was known in the West for his novels One Day In The Life of Ivan Denisovich and Cancer Ward.

Cancer Ward is a story about several patients in Ward 13, the cancer ward of a hospital in Soviet Central Asia in 1955. The novel is set two years after the death of Joseph Stalin who was the leader of the USSR from 1924 to 1953. The cancer ward patients had dissimilar experiences under Stalin, as some advanced the repression under Stalin, some resisted and some became passive to the state violence around them. Solzhenitsyn’s main character, Oleg Kostoglotov, spends time in a labour camp as a “counter-revolutionary” before being exiled to Central Asia after being accused as an “enemy of the people.”

Cancer Ward explores the moral responsibility of those implicated in Stalin’s Great Purge (1936–1938), when millions were killed, sent to camps or exiled. One patient worries that a man he helped to jail will seek revenge, while others fear that their failure to resist renders them as guilty as any other.

Numbers of other songs on the radio in the 1960’s and early 1970’s, like “Simple Song Of Freedom”, protested racial prejudice. These include “Skip A Rope” by Henson Cargill, about children repeating racist ideas passed on by their parents while skipping rope. One song by Bob Dylan was “The Ballad of Emmett Till.” He sang it live on the radio in 1962, but it wasn’t recorded on the album Broadside Ballads, Volume 6, until 1972 under Dylan’s pseudonym Blind Boy Grunt. The song concerned a 14-year-old African-American boy who moved from Chicago to Money, Mississippi, in 1955. He went to a grocery store and was alleged to have flirted with a white women who was at the check-out counter. For his indiscretion, Emmett Till was abducted, beat and mutilated by members the Ku Klux Klan before he was shot and his dead body was sunk into the Tallahatchie River. Gordon Lightfoot’s “Black Day In July” recounted the riots in Detroit in July 1967. And Sam Cooke’s “A Change Is Gonna Come“, became a Civil Rights anthem in 1965.

While other songs, like “Simple Song Of Freedom,” protested militarism and the Vietnam War. Among these were “Brain Washed” by David Clayton-Thomas and The Bossmen. The song’s criticism of the Vietnam War got it banned from most of the airwaves in the USA.  Meanwhile, The Bells sang a song inviting a universal message of peace in “Fly Little White Dove Fly“. Gordon Lightfoot’s “Summer Side Of Life” explored the cost of a young man going off to war (“And if you saw him now/You’d wonder why he would cry/The whole day long”). “Fortunate Son” by Creedence Clearwater Revival criticized wealthy sons being able to avoid the Draft. Among the bigger protest songs on the pop charts were “Eve Of Destruction” by Barry McGuire, “Blowin’ In The Wind” by Peter, Paul And Mary (and later Stevie Wonder), “Ohio,” by Crosby, Stills, Nash & Young, “For What It’s Worth by Buffalo Springfield, “Imagine” by John Lennon, “If I Had A Hammer” by Peter, Paul And Mary, “Crystal Blue Persuasion” and “Sweet Cherry Wine” both by Tommy James And The Shondells,  “Universal Soldier” by Buffy Sainte-Marie and “Turn, Turn, Turn” by The Byrds.

At the end of 1980 Hardin died from heroin overdose and was found in his Hollywood apartment. Since his death a dozen record compilations have featured original material from his first ten albums along with material not previously released.