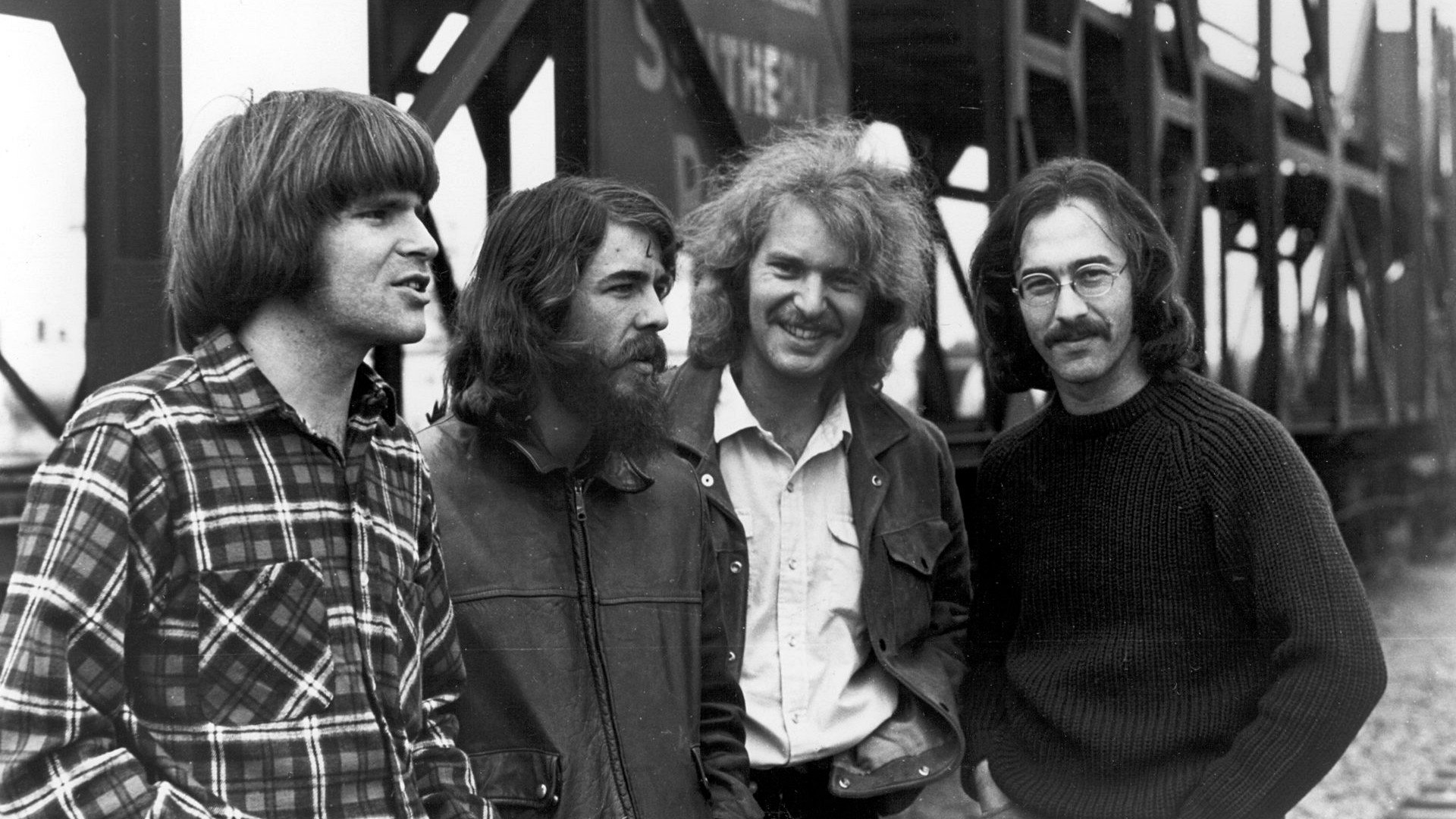 Doug Clifford was born in Palo Alto, California, and learned to play drums in his teens. Thomas Richard Fogerty was born in 1941 in Berkeley, California. In his teens he had a band called Spider Web that included future Seeds guitarist Jimmy Levine. Guitarist, Stu Cook, was also raised in the Bay Area. Their self-titled debut album was released in the summer of 1968. It included a cover of the Dale Hawkins classic from 1957, “Susie Q”. 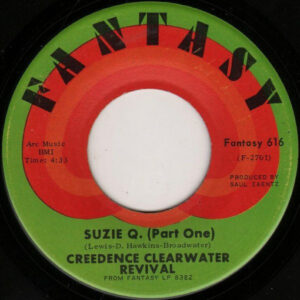 Creedence Clearwater Revival recorded an eight minute version of the song and pitched it to the progressive FM station, KMPX, in San Francisco. The station began to play it prior to the release of the album which created a buzz for CCR all over the Bay Area. They also put a “z”in Suzie, perhaps to designate the artistic uniqueness of their cover of Dale Hawkins rock ‘n roll classic.

“Suzie Q” is a song about a guy who blown away by her. He likes the way she walks, and the way she talks. So much so, that he wants her to “be mine” and to be “true.” Being “true” to the person you’re going steady with implies you are going to be trustworthy, honest, sincere, and dependable. In other words, he wants to know that Suzie Q isn’t going to fool around with any other guy. And he wants Suzie Q to be his “all the time.” He doesn’t want her to “ever leave me blue.” No matter how briefly this guy has come to flip over Suzie Q, he’s decided she’s the one to build his life around.

It may be that CCR were thumbing through the “H” section of rock n’ roll singers when they decided to cover another song by a singer with the surname of Hawkins. Another track of their debut album was “I Put A Spell On You” by Screaming Jay Hawkins.

The next single CCR released was in July 1969 was the title track from their third studio album: “Green River”. The B-side was “Commotion”. CCR released one more single in 1969, “Down On The Corner”, with the B-side “Fortunate Son”.

CCR charted one single after another into the Top Ten. Many of their singles were double-sided hits. Of the 19 songs that charted on the Vancouver pop charts between September 1968 and May 1972, CCR charted 18 into the Top Ten and 17 of these into the top three positions. Nine of the songs made it to #1. In early 1970 CCR had a #2 hit with “Travelin’ Band”/”Who’ll Stop The Rain”. This was followed in the spring of 1970 with “Up Around The Bend”/”Run Through The Jungle”. The latter included comments about the proliferation of guns in America, “200 million guns are loading. Satan cries ‘take aim.'” The double-sided hit climbed to #1. As the single was climbing the pop charts in Vancouver, CCR appeared in concert at the Pacific Coliseum on May 1, 1970. And in September 1970 CCR had another double-sided #1 hit with “Looking Out My Back Door”/”Long As I Can See The Light”.

The band had a final #1 hit in Vancouver in March 1971 with “Have You Ever Seen The Rain”/”Hey Tonight”. And a final appearance in the Top Ten was in August 1971 with “Sweet Hitch Hiker”.

One response to “Susie Q by Creedence Clearwater Revival”