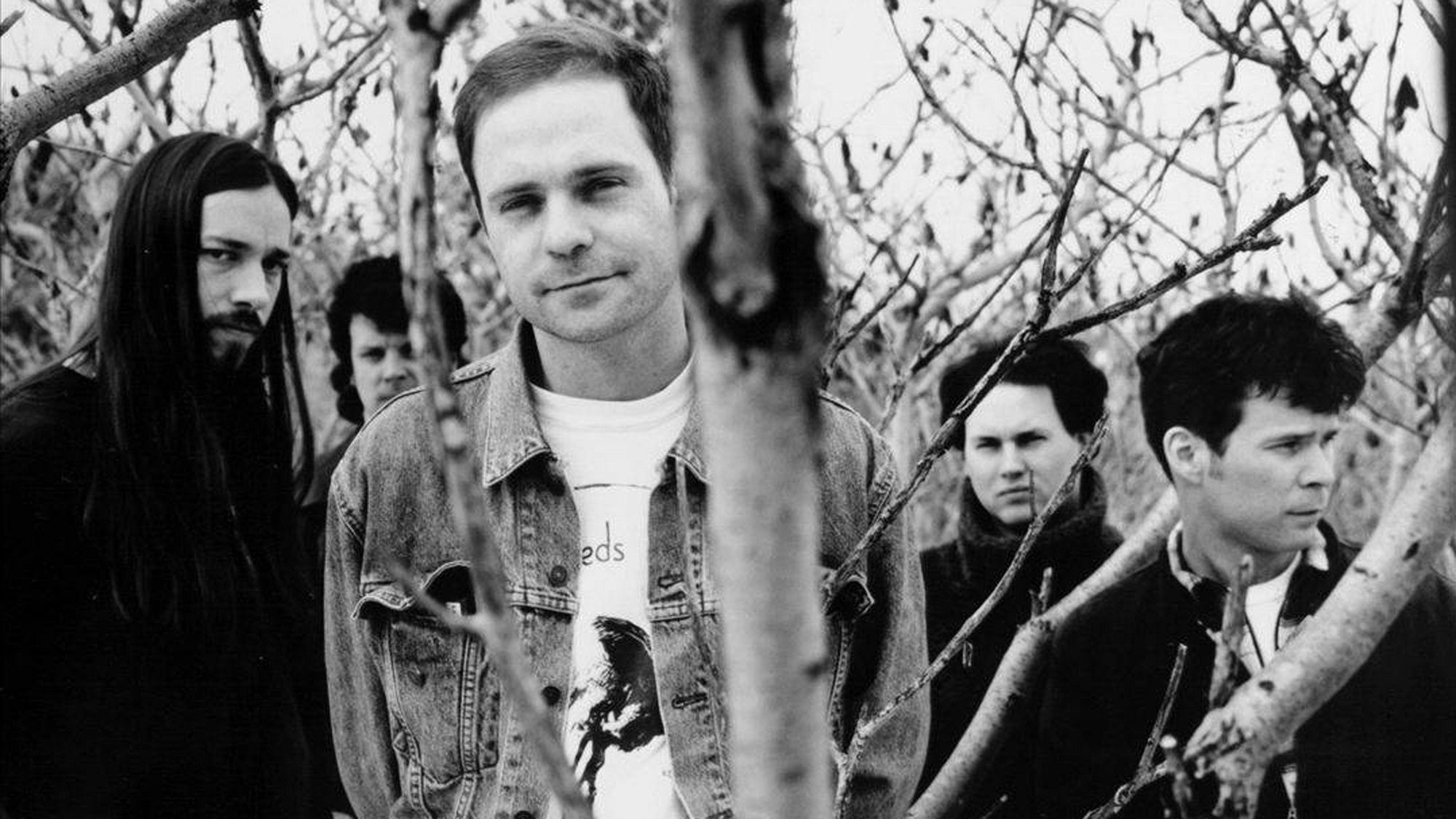 In 1989 the band released their first studio album, Up To Here. The Tragically Hip proceeded to release five singles from the album: “Blow at High Dough”, “New Orleans Is Sinking”, “Boots Or Hearts”, “38 Years Old” and “Trickle Down”.  The first four of these singles received respectable airplay across Canada. “New Orleans Is Sinking,” a fictional tale, got some airplay on mainstream rock stations in the USA. Of the songs off their first studio album, “Boots Or Hearts” charted the best here in Vancouver.

In 1991 the band released Road Apples which featured the debut single “Little Bones”. As part of their Road Apples Tour, the Tragically Hip had a five-night stand at the Commodore Ballroom in Vancouver from July 16th to 20th, 1991. Other singles from the Road Apples album followed “Three Pistols” and “Twist My Arm”. “Twist My Arm” was co-written by bandmates Gordon Downie and Rob Baker. The song is about conflict and drama that people get caught up in competing memetic desires, needing to score points at others expense, or play the victim. The Tragically Hip sing about “double dares, memorized stares” and confide “martyrs don’t do much for me.”

Is it possible to move beyond being a victim of others’ aggression? How do we set boundaries and put an end to escalating conflict without becoming a milk toast or a martyr? In his article in Psychology Today titled “How to Stop Playing the Victim Game,” Dr. Robert W. Firestone advises that individuals need to step back and take an inventory of the negative voices that encourage passivity and helplessness. It is important to articulate and imagine how to take action to change a situation where you feel dissatisfied. Imagining how to assert your own needs is a good first step in reclaiming your life instead of getting tied in knots or getting your arm all twisted in order to please or placate others.

The Tragically Hip appeared in concert on December 2, 1992, at the PNE Forum. The band performed in Vancouver on July 17, 1993, on Seabird Island.

The Tragically Hip charted 16 songs into the Canadian RPM Top 30, including seven Top Ten hits with “Ahead By A Century” being their first #1 hit in Canada. They repeated their feat of getting a chart topping single in Canada with “In View” in 2006. Between 1990 and 2017, The Tragically Hip have received sixteen Juno Awards in Canada for a range of honors including Best Single, Best Rock Album and Group of the Year.

The songs “Gift Shop” and “Poets” climbed to #4 on the Canadian RPM singles charts in 1996 and 1998. In 1999, the band had a #3 hit across Canada with “Bobcaygeon”. “Courage (for Hugh MacLennan)” was the first of fifteen singles to crack the RPM Top Ten on either the Pop chart or the Canadian Alternative/Rock chart. The final song to crack the Top Ten nationally was in 2016 with “In A World Possessed By The Human Mind”.