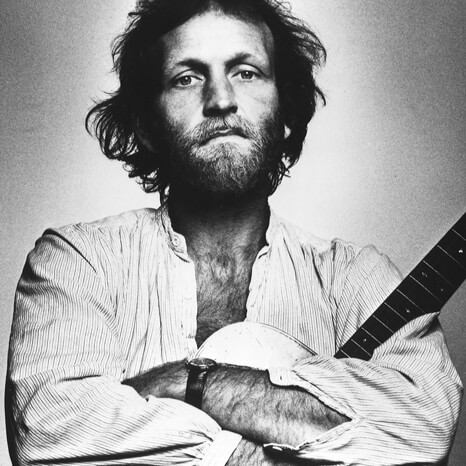 Valdy has sold almost half a million copies of his 15 albums, and is remembered for “Rock and Roll Song.” Valdy is the winner of two Juno Awards for Folk Singer of the Year and Folk Entertainer of the Year, and has received seven additional Juno nominations. Of Canadian folk artists in the mid-1970s, only Gordon Lightfoot was more popular.

Valdy’s first single from his debut 1972 album, Country Man, was “Rock and Roll Song”. The single climbed to #6 on the Vancouver Top 40 pop charts.

Valdy continued to release more albums including his 1976 single “Yes I Can”, which made the Top 20 in London (ON). His single in 1980, titled “Easy Money”, climbed into the Top 20 in a number of Canadian Top 40 radio markets. 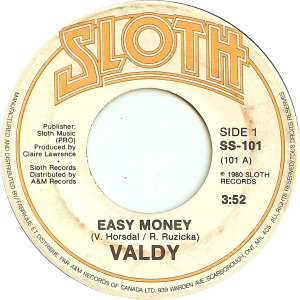 In “Easy Money” Valdy sings about being “impossible to find.” He describes the rat-race of living: “getting by just gets me down, push, shove, clutch and grab.” He admits “I ain’t no fancy pants hanging around the disco dance.” He’s a guy who has to take his lunch to work in a paper bag (instead of having lunch out at a restaurant). In the cycle of working-class living it’s easy to imagine someone wanting to get some “easy money.” When you have to work hard and “bust your back and rack your brain” the tiresome pace gets people longing for a short-cut to paying the bills and getting ahead of the “game.”

His live albums include Family Gathering (A&M) recorded at Massey Hall in Toronto for 1974 release, and 2003’s Viva Valdy: Live at Last (Rack-On-Tour). In 1986, Valdy made a special guest appearance as himself in the popular 1980’s Canadian children’s television show, Today’s Special (episode entitled: “trash”). Valdy continues to regularly tour across Canada. His fourteenth studio album, Read Between The Lines, was issued in 2012.

On November 21, 2005, Valdy was awarded the National Achievement Award by SOCAN at the 2005 SOCAN Awards in Toronto. He was appointed a member of the Order of Canada in June 2011.