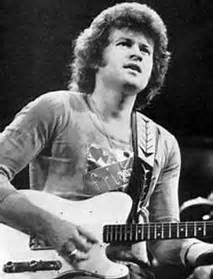 Terrence Ross Jacks was born in Winnipeg, Manitoba, in 1944. During his career as a recording artist he became a household name and recognized as a singer, songwriter, record producer and environmentalist. His family moved to Vancouver in 1961 and he formed a band named The Chessmen along with local guitarist, Guy Sobell. The Chessmen had four singles that made the Top 20 in Vancouver, two which were double-sided hits. These included the Top Ten hits “Love Didn’t Die,” “The Way You Fell” and “What’s Causing This Sensation”. Jacks met Susan Pesklevits on a local CBC music show called Let’s Go in 1966.

Jacks met Susan Pesklevits who had him recommended to her by a friend who knew she was looking for a rhythm guitarist. Pesklevits needed a rhythm guitarist to help with her upcoming gig at the Elks Club in Hope, British Columbia, in early September 1966. They were married in 1967 and she became Susan Jacks. In 1967, along with Craig McCaw who had been a member of the Kelowna band The Shadracks, they formed a trio called Powerline. They changed their name to The Poppy Family and Craig subsequently sought out a young tabla player in Vancouver named Sawant Singh. Terry and Susan Jacks agreed to have Singh join The Poppy Family.

In 1968 The Poppy Family had a regional #2 hit with “Beyond The Clouds”. Their follow up in 1969 was a gentle anti-racist, pro-environmental, pro-marijuana legalization tune titled “What Can The Matter Be.” Their next single, “Which Way Is Going Billy?” became an international hit. Terry Jacks won a Juno Award for this recording. The Poppy Family racked up numbers of Top 30 singles in Vancouver through to 1973 including local #1 hits “I Was Wondering” and “That’s Where I Went Wrong”. Concurrently, Terry Jacks released several solo records. The first was “I’m Gonna Capture You” followed in 1972 with the pro-environtalmentalist tune “Concrete Sea”.  The Poppy Family had kept on making hit records like “No Good To Cry“. Terry Jacks next solo release was a cover of a Buddy Holly song called “I’m Gonna Love You Too”.

Charles Hardin Holley was born in Lubbock, Texas, in 1936. Rolling Stone Magazine write that “He was five when he won $5 for singing “Down the River of Memories” at a local talent show.” While still in high school he formed a western and bop band. He was performing live on a local radio station by the age of 17. By 1956 he and his band, The Crickets, got a record deal with Decca Records. In 1957 he and The Crickets had two smash hits, “That’ll Be The Day” and “Peggy Sue”. “I’m Gonna Love You Too” was the follow up single to “Peggy Sue”. However, it failed to crack the Billboard pop charts.  It did make the Top 50 in Houston and the Top 40 in New York and Los Angeles. In Vancouver the song spent two weeks on the CKWX charts, peaking at #12.

In his review of Buddy Holly’s song, “I’m Gonna Love You Too”, William Ruhlmann writes, “The song is credited to Joe B. Mauldin, Holly’s bass player; Norman Petty, his producer; and Nikki Sullivan, his sometime rhythm guitarist (who was not heard on the recording). There have long been questions about the songwriting credits assigned to the original songs Holly recorded, and Jerry Allison, his drummer, has gone on record stating that “I’m Gonna Love You Too” actually was written primarily by Holly, with Allison composing the bridge. Certainly the song sounds characteristic of the man who wrote “That’ll Be the Day”.

In the lyrics Buddy Holly sang four verses. The song opened with the chorus. In Terry Jacks cover of the song he didn’t sing this verse found in Holly’s original recording. “I’m Gonna Love You Too,” is a song by a guy who is bragging that he’s going to win someone’s heart. The someone he has in mind is someone he used to have some sort of romance with. But that ended when “another fella took you.” Despite her seeming involvement with this new fella, the guy is determined he’s going to “hook” her and reel her back into his charms. When he does she’s going to miss him, want to kiss him, hold him and love him. At least that is his boast. The lyrics don’t give us much more to go on. Hopefully, if they did get back together, as the guy predicts, it turned out they did miss each other.

While Susan enjoyed performing live, Terry Jacks wasn’t interested in touring. As a consequence, The Poppy Family lost the momentum they had briefly achieved internationally and their career was hampered. The professional relationship began to unravel and so did the marriage.

Terry Jacks is best known for his 1974 hit song “Seasons In The Sun”. Jacks released eight more singles though only one of these, “Christina”, made the local pop charts.

Jacks would go on to produce records for other recording artists including Nana Mouskouri, Valdy, George Jones and Buddy Knox. Jacks remarried and moved to Haida Gwai on the northwestern coast of British Columbia. He has worked on a number of environmental films over the years. In 2016 he suffered two strokes.