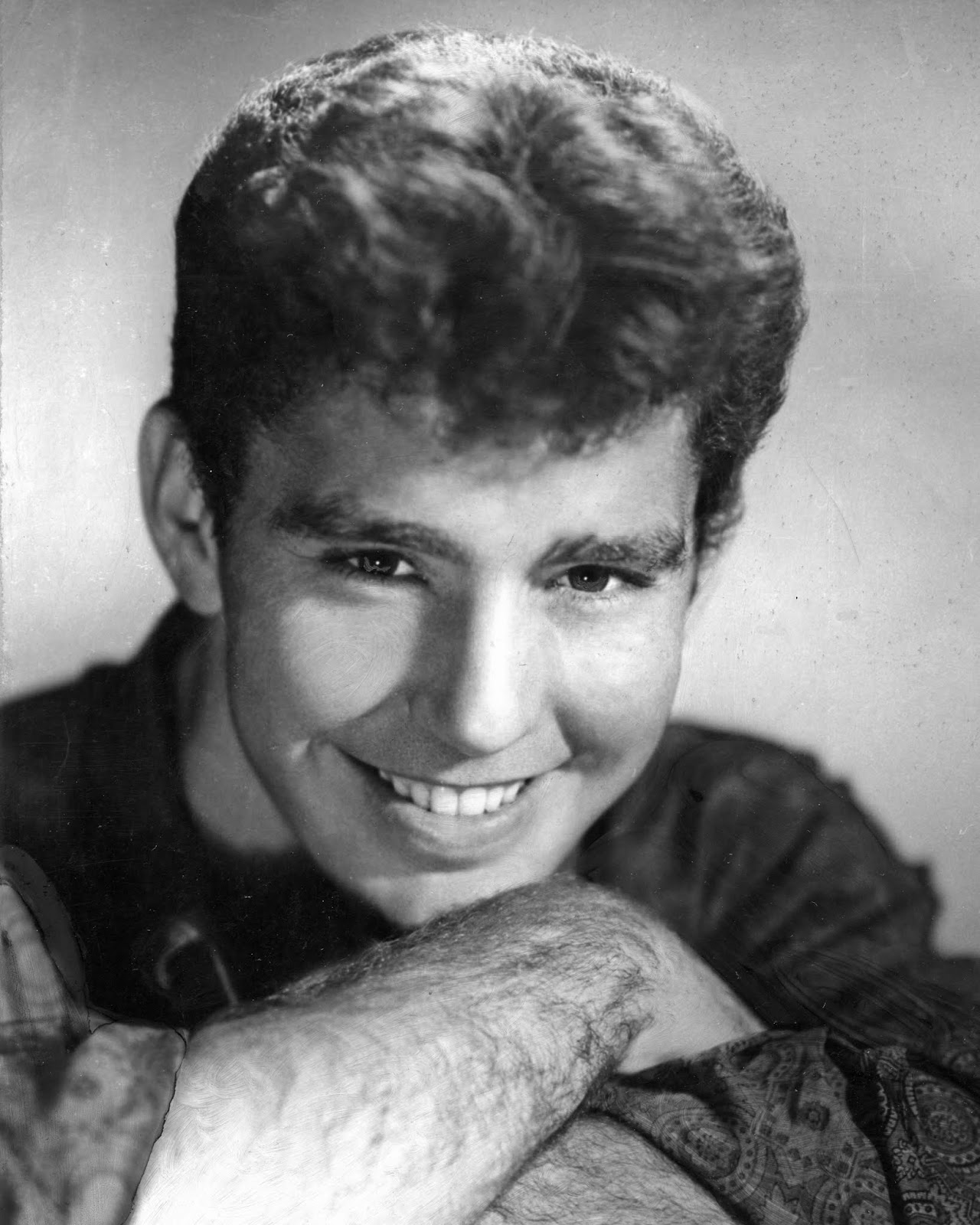 #325: Rock Your Little Baby To Sleep by Buddy Knox

Buddy Wayne Knox was born in 1933, in Happy, Texas, a small farm town in the Texas Panhandle a half hour south of Amarillo. During his youth he learned to play the guitar. He was the first artist of the rock era to write and perform his own number one hit song, “Party Doll“. The song earned Knox a gold record in 1957 and was certified a million seller. Knox was one of the innovators of the southwestern style of rockabilly that became known as “Tex-Mex” music.

Backstage after a show at West Texas State College, with Roy Orbison and the Teen Kings, Knox had a conversation with his Bowen and Lanier. Orbison had told Knox about a recording studio in Clovis, New Mexico. It was there Roy Orbison had recorded some of his earlier songs like “Ooby Dooby”. Shortly after Knox, Bowen and Lanier got themselves to Clovis, New Mexico. They had just $60 in their pockets. For the next three days they recorded three songs that would change rock ‘n roll and their lives forever. Knox recalls, “I don’t think Norman really spotted the potential at the time. I don’t think he was really alert to what was happening in the music business as far as our type of music was concerned.”

From that one session Buddy Knox would receive two gold records in 1957, one for “Party Doll” and the other for a song that Jimmy Bowen sang and co-wrote with Knox called “I’m Sticking With You.” “We didn’t know what we had just done,” Knox recalls, ” All we wanted to do was record our music and sell it around the college. This was just a fun trip for us.” “Party Doll” climbed to #1 in Vancouver (BC) and spent 12 weeks in the Top Ten. He had another #1 hit in Vancouver in June ’57 with “Rock Your Little Baby To Sleep”. 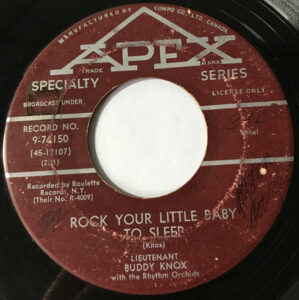 Buddy Knox wrote “Rock Your Little Baby To Sleep”. The song offers the same solution to two different situations: 1) what to do when your “baby” (girlfriend) is tired, and 2) what to do when your “baby” (girlfriend) is tired from listening to your “idle talk.” The solution is to “take her in your arms, tell her you love her, tell her you care, tell her about all her charms.” In the case of the girlfriend becoming tired due to the boyfriend’s idle talk, in Knox’s song he’s better that a hug and more talk – in this case about all her charms – will make things right.

In a 2011 article in the Huffington Post, Dr. Michael Breus reported on a study out of Geneva, Switzerland. He summarized “Long after we’ve left childhood, we all can be deeply affected by this relaxing rocking motion. Think of the peaceful glide of a porch swing, sleeping on a boat or the calming sway of a hammock nap.” Breus pointed to a study at the University of Geneva that “suggests that rocking does indeed have an effect on our ability to fall asleep — as well as on the quality of the sleep itself.” In the subjects of the study were “a dozen adult men between the ages of 22 and 38. All the men involved were good sleepers — none were suffering from any sleep or anxiety disorders and they were well-rested at the time of the experiment.” The study observed:

Whatever else can be said about Buddy Knox’s advice, his “baby” was likely going to get a better sleep throughout the duration of a relationship with someone who regularly rocked her to sleep.

In July ’57 Knox had another Top Ten hit on Red Robinson’s Teen Canteen chart with a track from his self-titled debut album, Buddy Knox, “Rock House”.

In the early 1960s Knox left Roulette Records and signed with the Liberty label. With this change Knox released several more mainstream pop records, featuring string arrangements and backing vocalists at the suggestion of producer Tommy “Snuff” Garrett. “Lovey Dovey” was his first release with Liberty.

Knox followed up “Lovey Dovey” with “Ling-Ting-Tong”, another cover of a doo-wop group from the mid-50s – this time the Five Keys. Buddy Knox’s new sound captured on these recordings was a distinct departure from his earlier rockabilly work for Roulette. Knox’s recordings now sounded more similar to other mainstream pop artists of the time, like Johnny Burnette (“You’re Sixteen”) and Bobby Vee (“Rubber Ball”), especially with the introduction of strings.