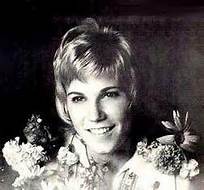 In 1945 Morna Anne Murray was born in Springhill, Nova Scotia, a coal-mining town. Her father was a doctor and her mother was a registered nurse. Growing up she took piano lessons for six years and began taking vocal lessons at age fifteen in 1960. Anne loved music. It was the age of rock ‘n’ roll, and growing up she sang along with all her favourites – Buddy Holly, Bobby Darin and Connie Francis. However, Anne was also inspired by a wide variety of musical styles, including the classics, country, gospel, folk, and crooners such as Patti Page, Bing Crosby and Rosemary Clooney. She loved them all. In 1962 she gave one of her first public performances singing “Ave Maria” at her high school graduation. She went on to be part of the CBC variety show Singalong Jubilee in 1967. A document on display at the Anne Murray Centre in Springhill, Nova Scotia, dated May 30, 1966, informed her: “Your signature on four copies of this letter will serve to engage your services for the 1966 Singalong Jubilee series. It is understood that you will be required to function either as a singer for a fee of seventy-one dollars and fifty cents ($71.50) per show or as a soloist for a fee of ninety-nine dollars ($99.00).” Her first album, What About Me, was released in 1968. Her signature song, “Snowbird” went to #6 in Vancouver and #8 on the Billboard Hot 100. It established a following and 76 singles, 32 studio albums and 55 million record sales later, Anne Murray is one of the most awarded and honored recording artists in the Canadian music industry.

After “Snowbird” hit the charts, Anne Murray was in demand for television and stage appearances all over North America. She had hit the big time. The success of “Snowbird” was followed by hits on both the pop and country charts. She became a regular on The Glen Campbell Goodtime Hour, and her popularity increased even further. “Snowbird” was the first of three #1 hits in a row on the Canadian Country charts for Murray. Another hit for Anne Murray on the pop charts in Vancouver in early 1971 was “Sing High – Sing Low“.

Her fourth Top Ten on the Canadian Country charts was “It Takes Time,” which peaked on RPM Magazine’s Canadian Country chart at #6. However, it didn’t get any attention on the pop or country charts in the USA. Even on the pop charts in Canada it barely made the Top 30. However, in Vancouver the song climbed to #10. “It Takes Time” was the third single release from Anne Murray’s second album, Straight, Clean and Simple. The song was written by a 15 year-old singer-songwriter named Shirley Eikhard, who would later pen “Something To Talk About” that became a hit for Bonnie Rait in 1990. “It Takes Time” is a song urging patience in the affairs of love. People grow and change. If are to remain in relationship, it will take time to witness the unfolding process of one’s partner. Reacting, judging and criticizing one’s partner’s actions are seldom helpful. Being curious, listening and accompanying one’s partner in their life’s decisions, interests and shifts is a better way to be, at least according to “It Takes Time.” Being in relationship with another human being provides infinite possibilities. However, the other person, like ourselves, is finite. They have a context and a history. While there is novelty and surprise, there are also patterns and repetitions of behavior and involvement. Most of us can get restless with the lives we are leading. Taking time to breath and having strategies to manage stressful dynamics in our lives will help us be easier to be those we live with.

The song tells us “it takes time for all the answers to be dealt with properly.” In a relationship not all couples move in synch with each other. Pacing can become an issue as one person likes to move through life on high speed while the other partner wants to stop and smell the roses. We don’t have to make each other slow down or speed up. But it’s helpful to try to appreciate how the pace your partner seems to flow with most naturally assists them.

By the time “It Takes Time” was released in Canada, Anne Murray had two songs in the Canadian RPM singles Top Ten and three #1 hits on the Canadian Country charts. “It Takes Time” was her third Top Ten hit on the pop charts in Vancouver. Her next release was “Talk It Over In The Morning“. She would have four more Top Ten hits in Vancouver during the 70’s. Her other hits across the decade include “Danny’s Song”, “Just One Look“, “You Needed Me” and “I Just Fall In Love Again”.

Anne Murray is often cited as the woman who paved the way for other Canadian international success stories such as Alanis Morrisette, Nelly Furtado, Celine Dion, Sarah McLachlan and Shania Twain. Murray is also the first woman and the first Canadian to win “Album of the Year” at the County Music Association Awards for her 1984 album A Little Good News. Murray has received four Grammy Awards and twenty-four Juno Awards.

Songwriter, Shirley Eikard has gone on to have many other recording artists besides Anne Murray record her material. These include Cher, Rita Coolidge, Ginette Reno, Alannah Myles, Chet Atkins, Bonnie Raitt, Sylvia Tyson and Emmylou Harris. Eikard has also recorded 17 albums. In 1976 she covered the Fleetwood Mac track “Say That You Love Me“, which climbed to #13 on the Vancouver (BC) pop charts.

In 2009 Anne Murray co-authored her memoir with Michael Posner.