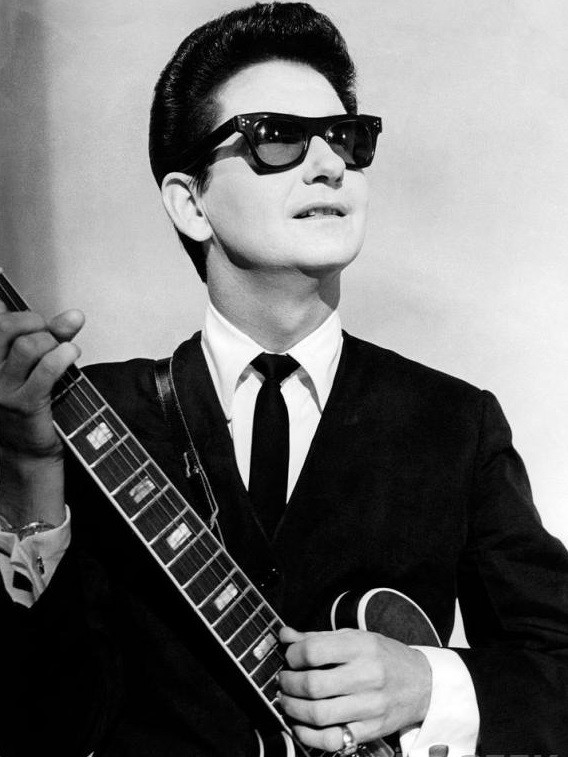 Orbison had been approached by owners of Je-Wel Records who wanted The Teen Kings to make a record. The session took place in early March, 1956. This time, Roy and The Teen Kings, recorded The Clover’s “Trying to Get to You” and “Ooby Dooby”. The single was released March 19, 1956. That same day, Orbison took a copy to Cecil “Poppa” Hollifield in Odessa. He was a well-know record dealer in West Texas. “Poppa” Hollifield liked the record and played it on the phone to one of his connections in Memphis. The guy on the other side of the line asked him to send him a copy. His name was Sam Phillips, owner of Sun Records. A few days later “Poppa” telephoned Roy to say that Phillips wanted the Teen Kings in Memphis in three days to record for Sun Records.

Roy Orbison and the Teen Kings arrived in Memphis on Monday, March 26, 1956. The next day they re-recorded “Ooby Dooby”. Bob Neal, owner of Starts Inc., signed the group to a booking and management contract. They kicked off with an experimental tour of Southern drive-in movies theaters, performing on the projection house roofs between film showings. Most of the time touring with Carl Perkins, Johnny Cash, Warren Smith, Sonny Burgess, Faron Young, Johnny Horton and then Jerry Lee Lewis and other Country and Rockabilly stars. “Ooby Dooby” peaked at #59 on the Billboard Hot 100 and #2 in Vancouver. However, follow-up singles failed to chart. The Teen Kings split up in December 1956 and Orbison stayed at Sun until 1958.

The hits kept on coming for Roy Orbison with “Love Hurts“, “Crying”, “Dream Baby”, “In Dreams”, “Candy Man” and many other Top 40 singles. Among these was “The Actress”. “The Actress” was co-written by Joe Melson. Melson was born in Texas in 1935. He was raised on a farm in northeast Texas. In his late teens Joe was lead guitarist and lead vocalist for a rockabilly band called The Cavaliers. Melson and Orbison met in Midland, Texas, in 1959. Roy Orbison and Joe Melson co-wrote Orbison’s hits “Only The Lonely”, “Blue Angel”, “I’m Hurting’”, “Running Scared”, “Crying”, “The Crowd”, “The Actress”, “Leah”, “Lana” and “Blue Bayou”. They duo co-wrote “Memories Of Maria” which was recorded by Hawaiian guitar player Jerry Byrd. They also wrote “Come Back To Me My Love” for Roy Orbison, which became a minor hit for Mark Dinning.

Joe Melson also recorded seven singles with Hickory Records between 1960 and 1963. He switched labels to EMP there he released two more singles in 1965. Though some of these discs got a spin by a few DJ’s across the USA, none of them were commercially successful. Over the past five decades Joe Melson has appeared in concert at rockabilly and nostalgia festivals. In 2002 Melson was inducted into the International Rock-A-Billy Hall of Fame. Melson’s most recent single release was in 2014 with Australian recording artist Damien Leith.

“The Actress” is a song about someone who is in a romantic relationship, but not in love with their sweetheart. And so they pretend to be in love, saying the lines and keeping the one who loves them hanging on until the real thing comes along. It seems the person who is acting is too cowardly to be candid with the person who loves them. Meanwhile, the person in love with the actress knows she is just “pretending” to love him. Yet, they are content to stick around in the “saddest show in the life of a fool on parade.”

Songs about people prolonging a relationship include the Supremes “You Keep Me Hanging On”. It may be that even when we are not in love with someone, that we need intimacy. It may be for the “actress” in Orbison’s song, that she is averse to being on her own. Staying in a relationship until someone who turns your crank shows up, and leave your current steady in the lurch, seems a poor reason to stay. Conversely, staying in a relationship with someone you know doesn’t love you, means you’re settling for a life of dashed hopes and expectations. Sticking around with someone who just doesn’t love you, or love you ‘enough,’ prevents you from being open to someone else who can offer you a full, open-hearted commitment. Best to cut the act short before the curtain falls on you.

On October 27, 1963, Roy Orbison appeared for his first time in concert in Vancouver at the Queen Elizabeth Theatre.

In 1964, Roy Orbison topped the charts in the USA and Vancouver with “Oh, Pretty Woman”. He also had a Top Ten hit with “It’s Over” in the spring of ’64. On November 28, 1965, Roy Orbison returned to the Queen Elizabeth Theatre.

In June 1966, Orbison’s wife, Claudette, was killed in a motorcycle accident in Tennessee. Orbison had released ten singles since “Oh Pretty Woman” topped the pop charts. But only two of these had cracked the Top 30 of the Billboard Hot 100, with “Goodnight” charting best to peak at #21. His final single release in 1966 was “Communication Breakdown”. In 1968, tragedy struck again when two of his three children died in a fire that burned down his house in Hendersonville, Tennessee.

On June 13, 1976, Roy Orbison came to Vancouver for a concert at the Queen Elizabeth Theatre.

2 responses to “The Actress by Roy Orbison”